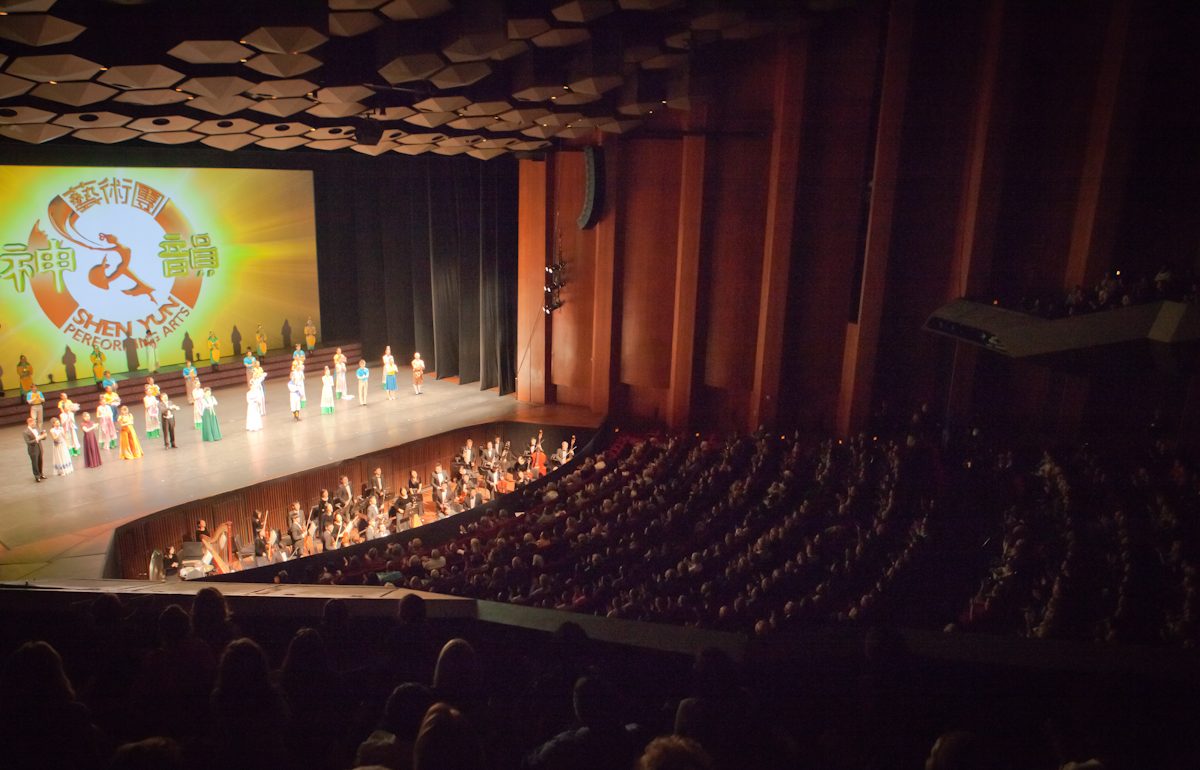 HOUSTON—The performance by Shen Yun Performing Arts was a first experience of classical Chinese dance for John Seidl, former chairman and president of the Houston Grand Opera; his wife Marie had seen some Chinese dance before, but never in the United States.

“We’re enjoying it very much,” said Mr. Seidl at the intermission during the performance at Jones Hall for the Performing Arts on Jan. 6.

The Seidls said they found the performance beautiful.

“I agree entirely with her. It is a lovely performance,” Mr. Seidl said.

Mr. Seidl is retired from being a CEO in the energy business, and a professor of economics and politics at Stanford and West Point.

Shen Yun is a classical Chinese dance company founded in 2006 in New York with the mission to revive China’s traditional culture through the performing arts.

Some of its unique features include a live orchestra that combines both Western and traditional Chinese instruments and a state-of-the-art animated backdrop from which performers emerge and disappear.

Mrs. Seidl, who loves to sing although never did it professionally, liked “the combination of the film and the dancers and stories,” and enjoyed the original Shen Yun music.

“I loved the orchestration. I think it’s beautiful,” she said.

After seeing the piece The Power of Compassion, which depicts the peaceful response of two practitioners of the spiritual discipline Falun Dafa to an attack by Chinese Communist police, Mrs. Seidl wanted to know about the background of Shen Yun and its connection to Falun Dafa.

“Besides the beautiful dance they’re putting forth a message that I didn’t realize when I came,” she said.

“Shen Yun Performing Arts was established by Falun Dafa practitioners …. The company’s mission is to use performing arts to revive the essence of Chinese culture—traditionally considered a divinely inspired civilization. Since the CCP is officially an atheist regime, it is afraid of the freedom of expression this arts company enjoys in the West.

In 1999, the Chinese Communist Party (CCP) initiated a persecution campaign against Falun Dafa, a meditation discipline based on the principles of truthfulness, compassion, and tolerance … While Falun Dafa practitioners in China continue to face horrific abuse, the Party has been extending its persecution outside of China. This includes harassing Shen Yun.”

In response to one dance, The Power of Compassion, Mr. Seidl said: “Well, it’s an enormously important value.”

He felt it would be nice if China “could loosen up” its control over people “as much as it has economically. [It will] be a good for everybody, including the Chinese.”