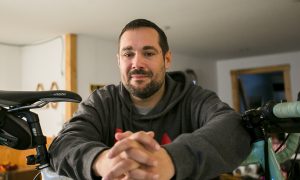 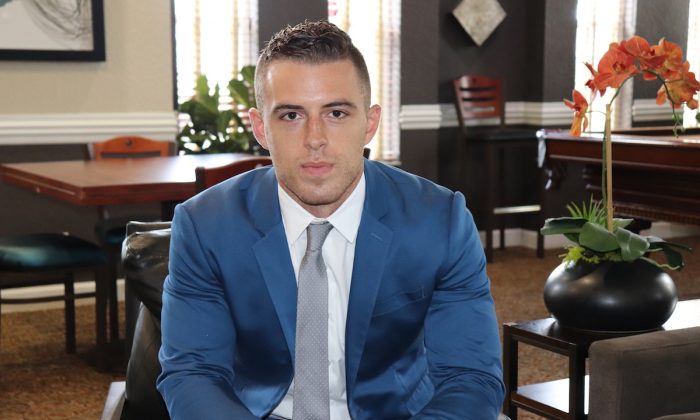 Football and Painkillers: An Athlete’s Battle With Addiction

Luke Wollet was a football star at Kent State University, and had a potential future in the National Football League. However, he had a profound secret towards the end of his college career: He was battling a severe opioid addiction.

Wollet grew up in Youngstown, Ohio, and is now 27 years old. Wollet’s life was all about sports from an early age, and in northeastern Ohio football was the sport to play. He started playing the game at age 6.

“I think it was a natural gravitation for me,” Wollet told The Epoch Times.

Wollet played basketball and ran track in addition to football in high school. His football team made it to the playoffs every season, and they made it to the regional finals his senior year.

After high school, Wollet attended Kent State University where he played as a safety.

The true freshman made his debut in the third game of the season, and made an interception on the third play of his college career running the ball back for a touchdown.

The following year he started in every game, and led the conference in interceptions. Moreover, he was an all-conference safety both sophomore and junior year.

“It was an exciting time. Our school had a lot of attention on us. Kind of everything I dreamed of as a kid,” Wollet said.

Wollet loved playing the game, and enjoyed the competition and the camaraderie that came along with the sport. However, he would also experience the adversity that is a large part of contact sports.

Wollet suffered a broken left ankle his sophomore year, and impressively finished out the season. After the season was over he had surgery, and was prescribed Vicodin to treat the pain. Initially, he didn’t think twice about the medication because it alleviated his pain and it was prescribed by a doctor. He took the medication for about two months.

During his junior year, Wollet and his team played Louisiana State University for their second game of the season.

Wollet was under a significant amount of pressure because he knew the professional scouts were watching. On the third play of the game he made a tackle, and sustained a partially torn MCL.

He didn’t have surgery, so he wasn’t able to have a doctor prescribe him the pain killers that had helped him cope with his broken ankle. That’s when he turned to a drug dealer, and started buying opioids off the street.

The pain killers he bought off the street initially seemed to be working. The following week he had 15 tackles against Penn State. Wollet also discovered that the drugs killed psychological pain. He was experiencing depression from the timing of his injury and anxiety about performing well in front of the scouts.

The addiction also had an effect on his personal life. He found he isolated himself, and relationships began to fall apart.

“I just kind of kept everybody at a distance,” Wollet explained.

The addiction also affected Wollet’s level of play. He believed he needed the pain killers to maintain a competitive edge.

During senior night, which was the last game of Wollet’s college career, he wasn’t able to get the pain killers he had been taking. That’s when he became introduced to heroin.

“A night that I was supposed to honor my parents and all the sacrifices they made in my life was the first time I used heroin,” Wollet recalled.

After Wollet graduated from Kent State in 2014, the New Orleans Saints invited him to training camp. However, he was so deep into his addiction to opioids that he had stopped caring about his life-long dream of playing in the NFL.

After training camp, the New Orleans Saints released him. Wollet then moved back to Ohio, and began working in sales. However, his addiction had reached the point where he couldn’t hold a job or maintain relationships.

“Everything in my life was a complete disaster,” Wollet recalled.

By 2017 Wollet found himself living out of his car, and hadn’t spoken to his family in a long time. Wollet’s father felt like something was off, and drove down to Cincinnati where Wollet was living.

When Wollet’s father saw him, he told him he loved him and didn’t care what he had done in the past. He just wanted him to get better, and beat the addiction. Wollet had planned to take his life the following day, but his father’s love motivated him to seek treatment.

On Jan. 27, 2017 Wollet went into a 30 day treatment center in Virginia, and then moved to Florida where he attended an outpatient facility.

During his recovery, Wollet learned a lot about himself. He learned that there were other people in his life who were also responsible for his success, and that there was more to life than money, success, and fame. Wollet also began attending church again, and rediscovered his faith in God.

That’s when Wollet found his calling and purpose to help others. He now works with Banyan Treatment Center, and is a speaker and advocate for recovery.

His story has brought audiences to tears, and has motivated people to seek treatment for themselves.