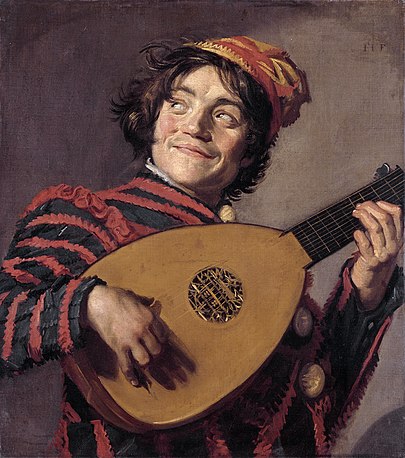 In his poem “The Fool’s Prayer,” Edward R. Sill uses the king’s jester to show that we are all fools and our prayers are not what they should be. The jester is the wisest because he acknowledges his folly. Though we think we are wise, he proves that we are all fools. G.K. Chesterton agrees: “Some perversion of folly will float about nameless and pervade a whole society; then some lunatic gives it a name, and henceforth it is harmless”

The poet illuminates mankind’s folly through a fool, so that we can overcome our folly. According to Robert Bell’s “Motley to the View,” “fooling enmeshes everyone, especially those foolish enough to believe they are free of folly.”

In the poem, the King tells his jester after they have feasted to entertain the court with a humorous prayer. The jester kneels before the king. With a hidden sad smile, the fool pleads to the king: “O Lord, / Be merciful to me, a fool!” With a smile painted on his face, the king and court foolishly think that he will present a humorous prayer. And Bell says he does: “Clowns entangle their interlocutors in contradictions and expose their follies: those who think themselves wise are revealed to be fools.”

After pleading for mercy in the poem, the jester admits that no pity or tenderness can change his faults—only “the rod [can] heal the sin.” The jester begins by referring only himself. Yet, as he presents different faults, he uses plural pronouns and verbs; he includes everyone. We think ourselves gentle and well-meaning, yet we forever “crush blossoms” and hurt friends. With great gravity the jester says: “But for our blunders—oh, in shame /  Before the eyes of heaven we fall.” Despite all this folly, the fool still pleads: “O Lord, / Be merciful to me, a fool!”

According to Sandra Pietrini’s “Medieval Entertainers and the Ancient Theatre,” jesters were ones who “spoke of foolishness and trifles … [and] diverted men from serious and pious meditations.” Yet, Sill’s fool turns the court to serious and pious reflection by exposing everyone’s foolishness. And so the King understands. “The room was hushed; in silence rose / The King, and sought his gardens cool, / And walked apart, and murmured low, / “Be merciful to me, a fool!”

1 Corinthians 3:18 says: “If any man among you seemeth to be wise in this world, let him become a fool, that he may be wise.” Being wise means nothing if we cannot see the truth of our foolishness.

We must become like Sill’s fool for, in his foolishness, we find wisdom. We will be able to walk away from the crowd, inspect our folly, and in a whisper say, “O Lord, be merciful to me, a fool!” We can mend our ways and see how much we are in need for mercy.

Often we only pray for things that we want: money, better jobs, friends, fame, and true love. We take prayer for granted. We focus on ourselves, and fail to see our foolishness that deserves rebuke. When we truly inspect ourselves, our foolishness reveals itself and we realize how much we are in need of mercy.

The royal feast was done; the King
Sought some new sport to banish care,
And to his jester cried: “Sir Fool,
Kneel now, and make for us a prayer!”

The jester doffed his cap and bells,
And stood the mocking court before;
They could not see the bitter smile
Behind the painted grin he wore.

He bowed his head, and bent his knee
Upon the Monarch’s silken stool;
His pleading voice arose: “O Lord,
Be merciful to me, a fool!

“No pity, Lord, could change the heart
From red with wrong to white as wool;
The rod must heal the sin: but Lord,
Be merciful to me, a fool!

“‘T is not by guilt the onward sweep
Of truth and right, O Lord, we stay;
‘T is by our follies that so long
We hold the earth from heaven away.

“These clumsy feet, still in the mire,
Go crushing blossoms without end;
These hard, well-meaning hands we thrust
Among the heart-strings of a friend.

“The ill-timed truth we might have kept—
Who knows how sharp it pierced and stung?
The word we had not sense to say–
Who knows how grandly it had rung!

“Our faults no tenderness should ask.
The chastening stripes must cleanse them all;
But for our blunders—oh, in shame
Before the eyes of heaven we fall.

“Earth bears no balsam for mistakes;
Men crown the knave, and scourge the tool
That did his will; but Thou, O Lord,
Be merciful to me, a fool!”

The room was hushed; in silence rose
The King, and sought his gardens cool,
And walked apart, and murmured low,
“Be merciful to me, a fool!”

Kate Vidimos is a 2020 graduate from the liberal arts college, University of Dallas, where she received her bachelor’s degree in English. She plans on pursuing all forms of storytelling (specifically film) and is currently working on finishing and illustrating a children’s book.