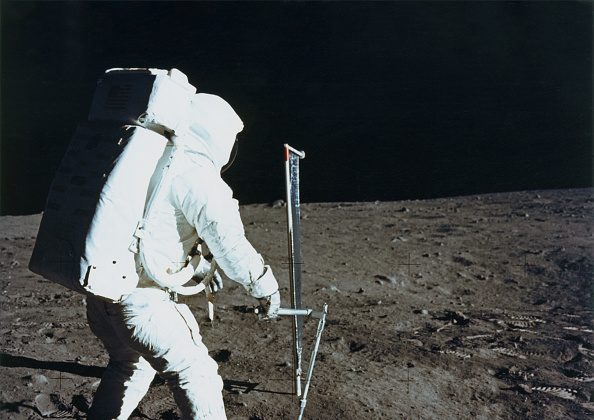 Fly Me to the Moon: Time to Celebrate Engineers and Astronauts

That summer, our country was mired in the war in Vietnam. In the streets of Greenwich Village, gays and police duked it out in what became known as the Stonewall Riots. Senator Ted Kennedy drove his car off a bridge on Chappaquiddick Island in Massachusetts, leaving his passenger, Mary Jo Kopechne, to drown. Charles Manson and his crew of wing nuts committed murder in hopes of sparking a revolution. In August, more than 350,000 people listened to rock music, played in the mud, and some cavorted naked at Woodstock, New York, leaving behind tons of trash.

And the best of times? At 10:56 p.m. EDT on July 20, 1969, American astronaut Neil Armstrong stepped from the lunar module onto the surface of the moon and famously proclaimed, “That’s one small step for (a) man, one giant leap for mankind.”

Fifty years have passed since Armstrong uttered those immortal words.

Most people who witnessed this televised event will never forget looking at the grainy pictures and listening to the static-filled transmissions from 240,000 miles away. All over the world, in the middle of the night and the middle of the day, they watched in fascination as Armstrong, followed by fellow astronaut “Buzz” Aldrin, took that giant leap for mankind. Meanwhile, the third astronaut on this odyssey, Michael Collins, controlled the main spacecraft orbiting the moon.

An aside: Like millions of others, I viewed the event via television but have only the haziest of memories of the astronauts bouncing on the lunar surface. On that day, I was three weeks into Beast Barracks at the U.S. Military Academy at West Point. The pace was exhausting, the hazing intense. After someone decided that we plebes should witness the moon landing, the cadre of upperclassmen who had charge of us marched my classmates and me into an auditorium, where we spent the next few hours fighting to stay awake.

Those commanding us strode up and down the aisles like caged lions, prodding us awake and shouting at anyone whose eyes were closed. My main memory of that historic evening is of my exhausted classmates seated in the semidarkness, their heads, like those of newborn babies, bobbing back and forth, up and down.

All of the manned space flights were feats comparable in their audacity and execution to the voyages of such daring explorers as Zheng He, Christopher Columbus, and Ferdinand Magellan. Like their predecessors on land and sea, the astronauts understood the risks involved in space exploration, and some paid for their adventures with their lives.

When we consider the sacrifices and courage of these men and women, we might find deeper meaning in that line from “Star Trek”: “To boldly go where no man has gone before.” All of our astronauts on all space flights have certainly gone where no one has gone before.

This summer, as we honor the golden anniversary of Apollo 11’s moon landing, we may well marvel at other details about the space program of that time.

First up is the rapidity with which we reached the moon. On May 5, 1961, Alan Shepard became the first American to fly into space. Less than three weeks later, President Kennedy announced plans to land human beings on the moon. Eight years passed, and that vow became a reality.

What should strike us as equally incredible is that the moon landing occurred only 66 years after the Wright Brothers lifted off at Kitty Hawk, North Carolina. Think about it: Orville Wright’s first flight lasted 12 seconds and covered 120 feet. A blink of Clio’s, the muse of history’s, eye and we’re going to the moon and back.

The number and frequency of Apollo flights before and after Apollo 11 also boggle the imagination.  In 1969 alone, NASA launched three manned Apollo spacecraft. Supporting them on the ground were men and women, thousands of them, pushing hard as a team to make a lunar landing a reality.

The technology available to the astronauts and engineers half a century ago bring smiles of incredulity. The computers used to get Apollo 11 from the shores of Florida to the Sea of Tranquility and home again had 4 KB of memory, a horse-and-buggy antique compared to today’s laptops and phones.

Slide rules—for younger readers, this was a hand-operated instrument that looked like a ruler and could be used to multiply, divide, calculate logarithms, and perform other functions—were also a vital part of the engineering behind these flights. An example: African-American Katherine Johnson, a college  professor and mathematician, calculated the trajectory of Apollo 11 to the moon with a slide rule and a pencil. Nine months after Apollo 11’s landing, when an emergency forced the crew of the ill-starred Apollo 13 mission to abandon their mission and return to Earth, engineers and astronauts used slide rules to quickly calculate information that had not been programmed into the computers.

Yet another technological triumph was the live television footage of the moon landing. Some 600 million viewers around the planet, approximately a fifth of the world’s population, were able to watch history in the making. Innovative engineers like Stan Lebar and Dick Nafzger helped create the cameras and transmitting stations that permitted NASA to provide coverage of the astronauts and to preserve these moments for posterity.

This summer features many events celebrating the 50th anniversary of Apollo 11. You can find a listing of these galas at Space.com.

And if you can’t attend one of these formal celebrations? Not to worry. On July 18, the moon will be full. By July 20, it will be waning but will still be 89 percent visible. Weather permitting, fill a glass with your favorite beverage, walk to the backyard of your home or the balcony of your apartment, sit in the dark in a lawn chair or at a picnic table, take in that big, beautiful piece of rock above you, and toast one of the greatest accomplishments in the history of mankind.

Jeff Minick has four children and a growing platoon of grandchildren. For 20 years, he taught history, literature, and Latin to seminars of homeschooling students in Asheville, N.C. Today, he lives and writes in Front Royal, Virginia. See JeffMinick.com to follow his blog.