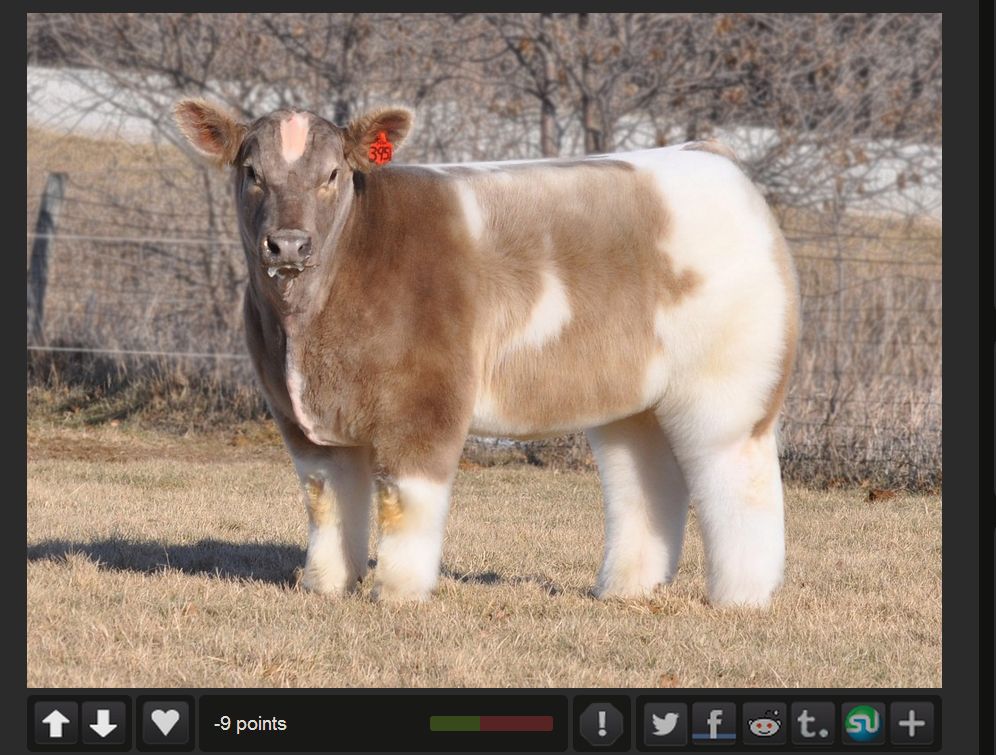 A screenshot of Imgur shows the cow.
People

According to ABC News, the type of cow comes from a farm in Iowa and are genetically bred to compete in shows across the United States.

“We just redid our website and believe a photo was picked up through a search and then by somebody saying, ‘Hey, look at these,’ and the domino effect occurred,” Lautner Farms spokeswoman Stephanie Steck told ABC.

Steck added that it is “a lot of hard work to get the cows to be as beautiful as they appear in the pictures.”