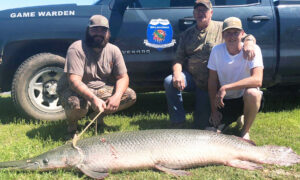 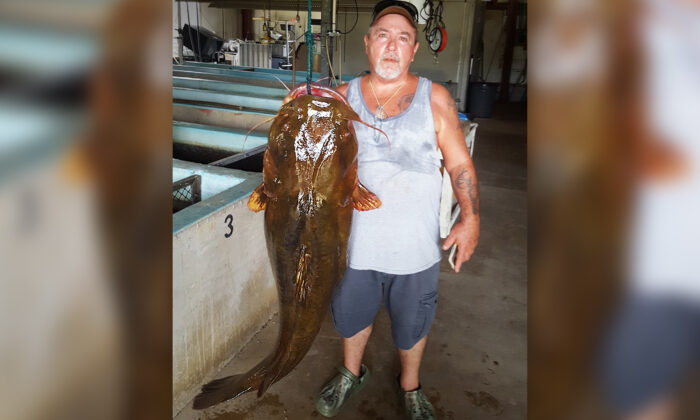 A Florida angler pulled an extraordinary catch from a familiar spot in Santa Rosa County’s Yellow River over the summer. He reeled in a giant flathead catfish that tipped the scales at over 70 pounds (approx. 32 kg), setting a new state record.

Lavon Nowling just happened to be at the “right place at the right time,” he said, when he caught the flathead with his rod and reel, using live bait, according to a Florida Fish and Wildlife Conservation Commission press release.

“I’ve caught some good ones before this fish, but none of them were more than 54 pounds,” Nowling said. “I’ve been fishing since I was old enough to hold a pole and have been fishing on Yellow River as long as I can remember.”

Because of their solitary behavior, flatheads are more difficult to catch than other types of catfish, according to FWC. They mainly feed on live fish, crawfish, freshwater clams, and mussels; and they prefer long, slow-flowing, moderately turbid rivers to live in.

They are also non-native fish found in numerous northwest river systems across the Florida panhandle, including the 92-mile-long Yellow River, which winds through Florida’s Santa Rosa, Okaloosa, and Walton counties.

“I’ve been deep sea fishing to creek fishing and I never expected to catch a state record fish,” adds Nowling. “That day I was fishing for channel catfish and can’t believe I caught a huge flathead. I was in the right place at the right time.”

In order for a new freshwater record to be considered legitimate, an FWC employee must witness the weighing on a certified scale, and a biologist has to identify the species.

“A state record catch is a once in a lifetime achievement for an angler,” said Jon Fury, FWC director for the Division of Freshwater Fisheries Management. “We are pleased to award this state record to Mr. Nowling.”