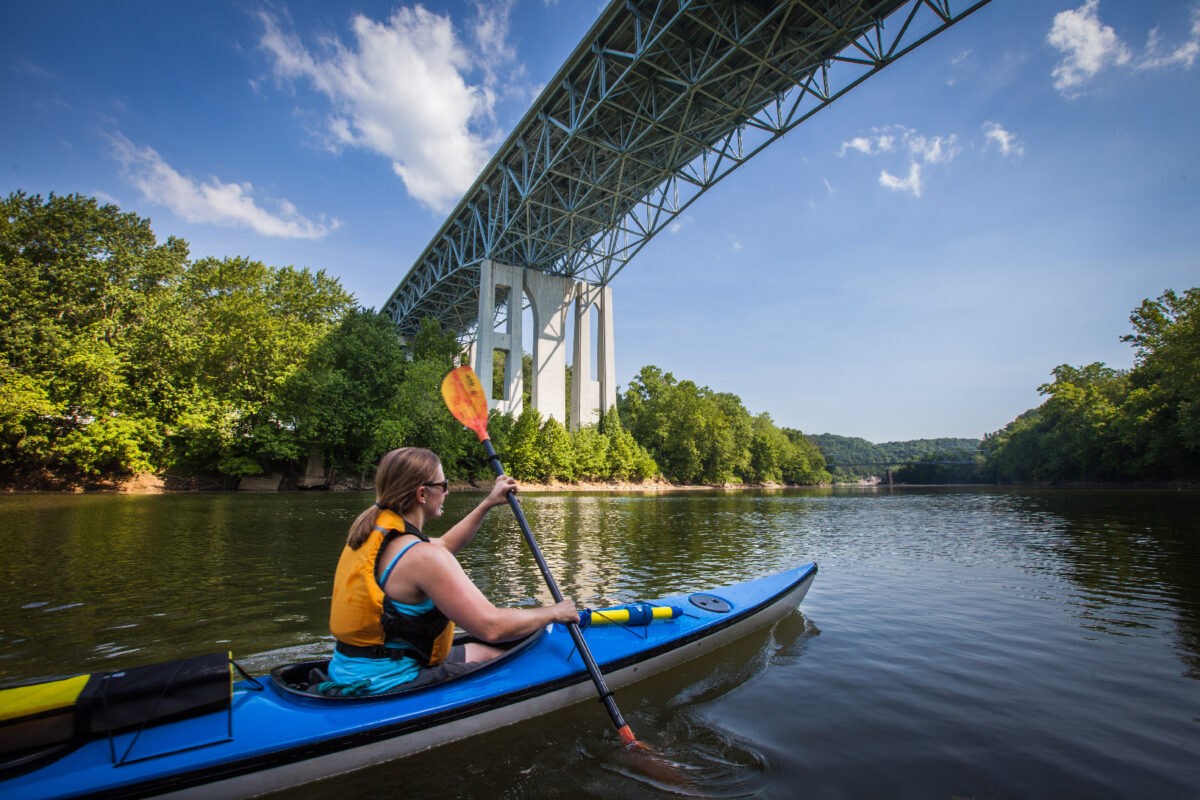 Float, Sail or Cruise Through History

Using a paddle to guide my canoe through the rapids of the Allagash River in northern Maine, I thought of those who had passed through that area of unspoiled nature before me. The indigenous Penobscot tribe gave the 65-mile waterway its name, which means “bark stream.” In the 1840s, dams were built to facilitate the shipping of logs to coastal Maine. Not long after, Henry David Thoreau canoed to the source of the river and wrote about the excursion.

Whether paddling a canoe or kayak, boarding a passenger boat, or traversing a body of water another way, history often comes along for the ride. In addition to enjoying the journey itself, stories of the past can enhance the experience and add to the pleasure. From the length of the Mississippi River to Minnesota, from creeks to bayous, opportunities await those interested in combining a water trip with a history lesson.

The mighty Mississippi conjures up a variety of historical tidbits, and a good way to learn about them is to board one of American Cruise Lines’ vessels that ply the Mississippi–Ohio river system. Some of them are paddle boats that add to the authentic atmosphere. Itineraries include exploration of Vicksburg and other Civil War battlefields, the historic Mississippi Delta, and history-rich towns along the way.

The Missouri River is the longest in the country, running 2,341 miles from Montana before entering the Mississippi. A number of Native American groups populated its watershed, Lewis and Clark floated along it during their westward exploration, and it became one of the main routes for westward expansion during the 19th century. Petroglyphs at some Native American tribal sites serve as reminders that they were there.

Other river runs provide very different but no less enticing experiences. Native Americans also populated sites along the James River, which flows through Virginia from the Appalachian Mountains to Chesapeake Bay. Jamestown and Williamsburg, Virginia’s first colonial capitals, lie along the James.

In the 18th and 19th centuries, flat-bottomed pole boats transported flour, tobacco, and coal to the Eastern Seaboard. At one time, some 1,500 bateaumen operated 500 boats. Their journey is recreated each June during the James River Batteau Festival.

In addition to history-rich rivers, other bodies of water also bring to life chapters of the past. The Augusta Canal in Georgia is the only one of its kind in continuous use in the South. It was built in 1845 to serve as a source of water, power, and transportation. Textile and other manufacturing were attracted to the region by the canal, and during the Civil War, a gunpowder factory was built beside it. Historic and other tours are offered aboard a replica of an early canal boat.

An even older and more famous canal was dug between 1828 and 1850. The Chesapeake and Ohio Canal stretches 184.5 miles from Washington, D.C., west to Cumberland, Maryland. It operated until 1924, when it became the victim of damaging floods and the fact that railroads began to transport goods at lower rates.

The canal was used primarily to bring coal from the Allegheny Mountains to Washington. Other cargoes that moved over it included lumber, limestone, and meat. Typical toll rates in 1851 were up to 2 cents per ton per mile for slaughtered hogs, bacon, and meat, and 1 cent for salt. Reproduction canal boats offer rides from spring to fall. Seven visitor centers along the way have exhibits that tell the history of the canal.

Bourbon and a bayou also offer intriguing waterborne floats that relate stories from the past. Kentucky is known for its bourbon, and traces of that beverage’s earliest heritage lie along Elkhorn Creek and the Kentucky River near Lexington. Those who take to the water on the state’s most popular paddling stream pass the abandoned James M. Stone Distillery, which was the largest of its kind during the late 1800s; old bridge abutments that once carried trains of a now-defunct railroad; and the historic community of Forks of the Elkhorn, believed to have been established in 1784.

The story of a former Supreme Court justice is among those told about the Bayou Lafourche in Louisiana. Along its 106-mile-long route, the bayou, whose name comes from French for “the fork,” changes from open stream to marsh to wetland. Rangers on boat tours that leave from the Wetlands Acadian Cultural Center in Thibodaux discuss the indigenous Chitimacha, the first European settlers in the area, and the rise of the sugar industry. Passengers disembark to tour the E.D. White Historic Site, home of the first justice from Louisiana to the nation’s high court, on which he served for 27 years.

Whatever your interest in the past, from Native American petroglyphs to a gunpowder factory, Thoreau to a Supreme Court justice, inviting ways to get a history lesson often come from the water. The experience can combine a bit of learning with a lot of fun.