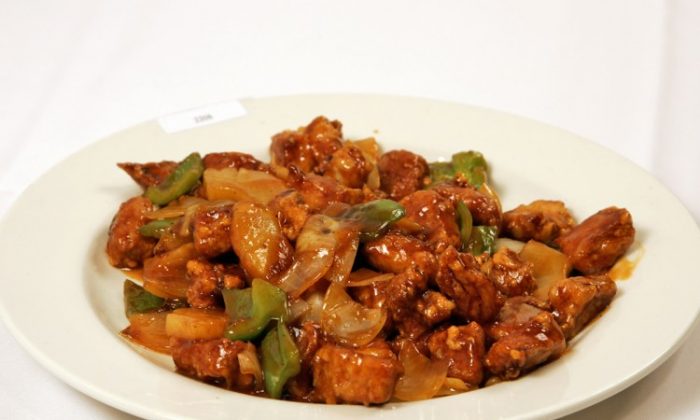 It’s remarkable how Hong Kong Island has managed to preserve its ancient culture while keeping most customs and Chinese traditions, despite a strong British presence and harassment from Communist Party politics.

Nevertheless, Hong Kong has preserved the Cantonese language and doesn’t use Simplified Mandarin, save for formal circumstances. And with written language, only traditional characters are used.

Another major tradition that has not been lost in Hong Kong is its cuisine. Most know that each of China’s regions, which are each rather large in size, has unique recipes and ways of cooking, making each region an adventure of enjoyable flavors. The island of Hong Kong has a list of its own delicious dishes coming from that region.

One of the highlights of this region is the saan zuk ngau juk kau (steamed meatballs), a popular Cantonese dim sum that is easy to find at almost any restaurant in Chinatowns throughout the world. The meatballs are usually made of veal and may have a layer of tofu at the base. Almost always accompanied by a veggie garnish and green scallions, it’s customary to serve with kip zap sauce (Worcestershire sauce).

Chinese meatballs are prepared differently than in Western cuisine. The texture is different because instead of grinding the meat, it is chopped and then crushed. This process gives a smoother texture to the meatballs, because the crushing unwinds and stretches the fibers of the meat. They can be made of any meat, but are also make of pork, fish, poultry, beef, and so on.

A condiment that is sometimes used in some Hong Kong dishes is bao yu, also known as abalone. It is a dry seafood product made from abalone adductor muscle. A very expensive ingredient, it is highly prized in China and Japan, the same level as other exotic ingredients, such as shark fin, sea cucumbers, and bird’s nest.

Bao yu is mainly bought dehydrated, and must be rehydrated for use, before cooking.

Another unique Hong Kong dish is char siu, Chinese barbecue roast pork. This dish is made with long strips of pork loin, which acquires a dark red hue from spices and other ingredients; ingredients like honey, sugar, five-spice powder, soy sauce, and sherry or rice wine.

Char sui can be served with rice or alongside other meats, such as roasted chicken and ham with soy sauce, or served with noodles like laifun (thick rice noodle) or wan tan min (thin wheat flour noodle).

For those who have an exotic sweet tooth, there is the famous Hong Kong coconut bar. This dish is a cold dessert dim sum.

Because of its popularity, this dish can be found not just in Hong Kong, but also Taiwan, southern mainland China, as well as in overseas Chinese neighborhoods. It is a very fine and delicate, delicious dessert, like a white jelly—very sweet and soft. It is also known as coconut pudding.

Made with coconut milk as a base, there is wheat flour, cornstarch, agar agar, sugar, and gelatin added to the mix, then covered with shredded coconut.

There is also the delicious and very popular almond jelly dessert. With the option of being eaten with fresh fruit, it is found in dim sum restaurants worldwide.

Another Hong Kong bakery delight is nuomici. This dish is a Chinese-style rice pastry that is commonly known as a glutinous rice dumpling. This cake is made of soft, rice flour dough that is covered in fine coconut powder, and usually filled with sweet fillings like red bean paste, or a chopped peanut, sugar, and coconut mix.

It should be known that one of the cultural treasures that remains intact in old, yet modern, Hong Kong Island—even more so than in mainland China—is the people’s famously spectacular gastronomy.

It is a clear example of the importance of preserving our ancestral culture, a good lesson in that despite adversity, valuing tradition is the best legacy for the future.