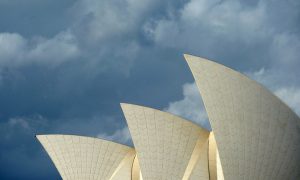 Architecture Competitions Are Risky, but We Can Build on That
0
Share Now
TelegramFacebookTweetEmailTellMeWeReddit
Copy Link 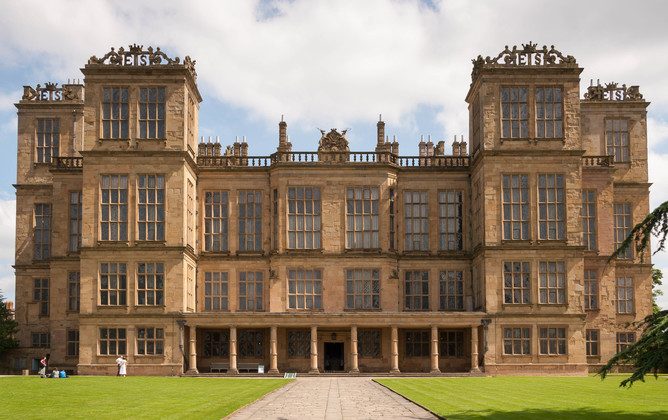 The initials ‘ES’ on the parapets are those of Elizabeth Talbot, who built Hardwick Hall. (adteasdale, CC BY-SA)
Arts & Culture

We tend to think of the landowners, architects and builders of the past as men, just as we do its politicians, rulers and artists. Women rarely get a look in. But research is uncovering more and more historical examples of women who played a leading role in society, politics or the arts – and the public, it seems, are fascinated. Take Amanda Vickery’s recent series on The Story of Women and Art for example, or the idea that Bach’s wife composed some of his finest works.

Likewise, research on the histories of the British landscape is suggesting that women owned far more land than was once thought – and this despite the fact that before the late 19th century the law made it difficult for married women to own property of any sort. As a result, we’re also recognising that women played a far greater role in designing, commissioning and building country houses, gardens and parklands than was once imagined.

The nature of surviving historical sources means that women’s contributions are often poorly recorded, but there are exceptions – and we’re uncovering ever more of them. So as the National Trust and English Heritage open their properties to the public for the summer, why not pop along and visit a country house where the influence of a woman in its past is plain to see? Here are a few suggestions to get you going.

This vast Tudor/Jacobean house stands in grounds near Leeds that were landscaped by Capability Brown. Originally built for Thomas, Lord Darcy (who came to a grizzly end after rebelling against Henry VIII), the house was remodelled in the late 18th century by Frances Ingram, Viscountess Irwin, a highly involved female patron.

Her whopping £60,000 dowry – worth more than £7m in today’s money – had been used to fund improvements to the house and grounds in her husband’s lifetime, but it was only after his death that she was really bitten by the building bug. As a widow, she demolished and rebuilt the entire south wing “for the sole pleasure in building [it] up again” – as she put it – and redecorated much of the rest of the house.

Weston Park is a Palladian-style mansion in Staffordshire largely designed and built by Lady Elizabeth Wilbraham in the 1670s. Weston was her childhood home and while her husband was the legal owner, Wilbraham seems to have retained considerable control of the property during her marriage. We know she was heavily involved in both the design of the new hall and the financial management of the building work, and she’s often hailed as the architect of the house.

An unusual 16-sided house near Exmouth, A la Ronde was designed by cousins Jane and Mary Parminter in the 1790s. Somewhat unusually for women at the time, the Parminters had spent nearly a decade travelling in Europe and were apparently inspired by a visit to the octagonal chapel of San Vitale at Ravenna (Italy). The Exmouth property was small and there was no tenanted agricultural land, but the cousins also designed and built a chapel, almshouses and school in the grounds just as much wealthier women did on their estates.

Built by Elizabeth Talbot, countess of Shrewsbury (better known as Bess of Hardwick) Hardwick Hall is perhaps the most well-known country house in Britain built by a female landowner. Bess was born into a minor gentry family in Derbyshire, but was a woman of great ambition: she married four times, and the property left to her by her four dead husbands eventually made her the richest woman in England.

She oversaw the building of Chatsworth Hall from about 1550 onwards, and later built not one, but two, grand houses at Hardwick. Soon after finishing the Old Hall in 1591, she began to build the adjacent New Hall, a vast house known for its glittering glass façade and unusual floor plan. Visitors should look out for Bess’s initials “ES”, highlighted for posterity in parapets of the towers and elsewhere in the house.

Elizabeth Manners, fifth duchess of Rutland, was credited by contemporaries both as the driving force behind the rebuilding of Belvoir Castle in the 1820s and the principal manager of the family’s Leicestershire estate. As one friend noted at the duchess’s death in 1825, the duke “did nothing for himself, and his estates, his horses, his family, everything was under her rule”.

While it’s unclear how far this was a fair assessment of the duke’s contribution, the duchess certainly oversaw landscaping works to the castle grounds and took an active interest in the agricultural aspects of the property, including designing a model farm. She also made improvements to Cheveley Park (Suffolk) in the early 1800s, oversaw the building works at York House on the Mall for her lover the Duke of York and drew up designs for a new palace for George IV.

The list of such houses is growing. So, while undoubtedly disadvantaged both by the law and by societal expectations of their gender, the wives, widows and single women of the past could – and did – build grand country houses. Not all female landowners had access to the money and resources necessary to re-build or significantly extend their country residence of course, but others re-planned gardens and parklands or improved the large agricultural estates which lay beyond the park boundaries. In doing so, these women and others like them had a far greater impact on the landscapes of early modern and Georgian England than history has so far acknowledged.