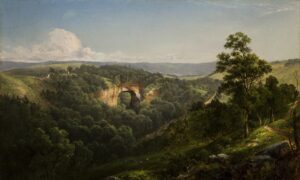 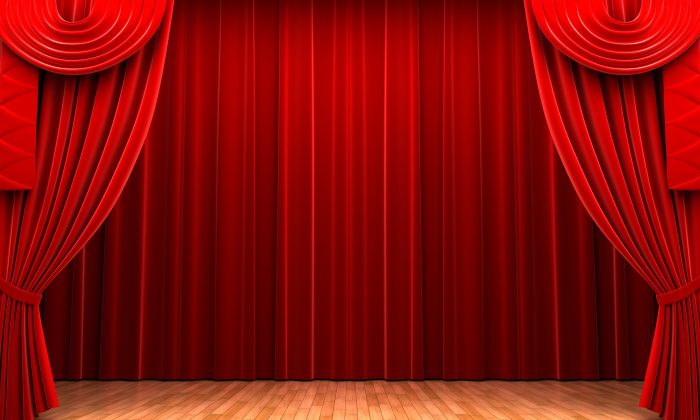 Five Easy Ways to Figure Out a Play

You’ve just seen a mesmerizing production of a play. You left the theater exhilarated, but now what? You’re not sure what you feel let alone think about it.

The best way to understand a play is to ask yourself questions.
Making sense of two hours of saturated experience with multiple layers of meaning is not easy. You know you missed some lyrics of the songs; you saw lights dimming, changing colors, and extinguishing. You heard language that didn’t always sound like normal speech. Theater can be overwhelming.

How do you grapple with a play’s meaning without being savvy about theater?

The best way to understand a play is to ask yourself questions.

What is This Play Trying to Say?
What the play is trying to say is its theme. If you can follow the plot, and the plot follows a traditional structure (that is, it has a beginning, middle, and end), you are well on your way to digging out the theme.

First ask yourself, “Who are the protagonists? Who is this story mainly about?”

Using “Cinderella” as an example, we can find the protagonist from the title. From then on, it’s a matter of looking at the situations in the beginning, middle, and end.

The best way to understand a play is to ask yourself questions.
What situation does Cinderella find herself in as her story begins? She is good and beautiful, but is treated as a beggar and abused by her family.

Next, what action does the protagonist take to solve the main problem in the play? Cinderella makes a wish to attend the prince’s ball.

What then is the outcome of this action? Cinderella lives happily ever after, and her cruel family is punished.

Thus, the plot of “Cinderella”: An abused, but good and beautiful girl makes a wish for a lovely time, leading to her rescue, ultimate happiness, and the punishment of her cruel abusers.

Once you have a one sentence synopsis, it is easy to generalize it into a theme: An earnest wish for a better life can lead to happiness. Or even simpler, wishes can come true.

What Is the Main Conflict?
You can see how this approach works for a fairy tale, but are plays ever this simple? Rarely.

If the above approach seems too cumbersome, if it is not a traditional play, or if you can’t figure out who the protagonist is (who is the protagonist of “The Glass Menagerie”? You could make a case for three of the four characters), what can you do?

Drama is based on conflict. Just look for the main conflict in the play. What is the protagonist fighting for or against?

Willy Loman in “Death of a Salesman” has spent his life trying to be a big. He talks big but his daydreams show that he’s a failure: in business, as a husband and as a father. We can say that the dramatic conflict is the American dream versus reality.

Even in plays that don’t seem to have conflict, this approach can work.

In “Waiting for Godot,” two characters engage in small talk and banalities as they sit around and wait for someone to come. This expected person never does come. Thus, the conflict is expectations versus lack of fulfillment, and this idea can also be turned into a theme: Our expectations don’t get us anywhere.

What Is the Play’s Structure?
But what if you don’t have a clue about what was going on? Perhaps you can’t make heads or tails of what you’ve seen.

Plays written today don’t always have a discernible main character or any one story line that you can follow. What then?

Let’s say the play is a bunch of monologues. Typically, when monologues are presented side by side, the playwright is asking the audience to come to their own conclusion after hearing different viewpoints on a particular situation.

In “Our Lady of the Underpass,” playwright Tanya Saracho strung together actual interviews she conducted with those drawn to an image of the Virgin Mary on an expressway underpass wall. Perhaps the best response in this case is simply to listen compassionately and reflect on all the angles presented—just as Saracho did in conducting and compiling the interviews.

Or maybe after watching August Wilson’s play “Ma Rainey’s Black Bottom,” you don’t get more out of it than that the characters (jazz musicians) seem to be simply sitting around and having idle conversations that don’t seem to be going anywhere.

Well, even our vaguest impressions might tell us something. Is the author showing us that jazz is really a part of how blacks communicate? Is improvisation a deeper part of the black experience?

How Does the Play Start and End?
Let’s say looking at the structure isn’t getting you anywhere either. Try this.

You say, “You’ve got to be kidding, I can’t remember the beginning of the play once it’s over!”

That’s fine. The ending of a play definitely has clues to its meaning.

Think about the following play endings: the image of crippled Porgy determined to crawl to New York and follow his love Bess (“Porgy and Bess”); the image of an old man deserted in an empty estate, and in the distance the sound of a “breaking string” and an ax chopping at a tree (“The Cherry Orchard”); the figure of a middle-aged woman kneeling before her husband’s grave and asking him why, now, when they are debt-free, does he kill himself (“Death of a Salesman”).

All these final moments are points of punctuation that clarify what the director or playwright intended the viewer to grasp.

What Pops Out?
Does the end stymie you? Well, what pops out for you?

In thinking back on the play, does any prop, any one line linger with you? What might it mean in relation to other elements or meanings in the play?

Sometimes lines from plays are so important that they become cultural expressions like Blanche DuBois’s line in “A Streetcar Named Desire”: “I’ve always depended on the kindness of strangers.” Given how cruelly Blanche has just been treated (raped by her brother-in-law), what does this line mean?

In “Bengal Tiger at the Baghdad Zoo,” playwright Rajiv Joseph creates strong visual imagery with his unforgettable props: a gold-plated gun, a golden toilet seat, and the severed head of one of Saddam Hussein’s sons. These props alone tell you that grisly brutality and insane use of money are important to the play.

Do you hear certain kinds of images repeated over and over? In “Moon for the Misbegotten,” Eugene O’Neill’s classic play, the language repeatedly mentions animals.

Harold Pinter is known for his use of pauses. What does that say about the way his characters are communicating?

If you don’t have an answer, but can frame the question, try posing it.

What Do Others Think?
If worse comes to worse, and you still don’t have the slightest clue as to what the play is about, you can always ask a fellow theatergoer, “What did you think?”

Once someone else starts putting the pieces together, sometimes the meaning will come together for you.

Should your next experience at the theater result more in confusion than clarity, try asking a few questions. You might find that digging a little deeper can unearth satisfying nuggets.

Sharon Rudorf has a Ph.D. in theater and teaches theater in the Chicago area.