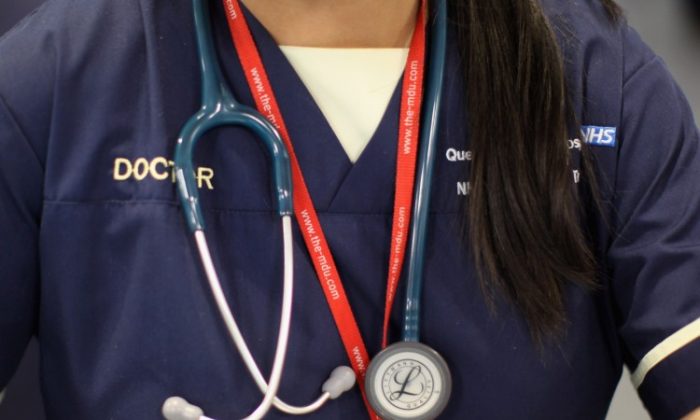 A doctor at the Accident and Emergency department at Birmingham Queen Elizabeth Hospital. From December, doctors will undergo a five-yearly check to ensure they are fit to practise. (Christopher Furlong/Getty Images)
Health News

The government’s announcement that all doctors in the UK will be regularly checked to ensure they are fit to practise has been met with mixed reactions.

Setting a precedent in the world, the government and medical profession are all in agreement that the review system, called revalidation, will give positive assurance to patients and the public that their doctors are keeping up to date with professional development and reflecting on the way they practise.

The British Medical Association (BMA) has supported the principle of revalidation from the outset, but with reservations. Three-fifths of its members are non-committal, adopting a “wait-and-see” attitude and one-fifth are “antagonistic” towards the checks, says Dr Brian Keighley, chairman of the BMA’s Scottish Council.

“Doctors agree with professional improvement but not at any price. Revalidation has to be done by consent,” Keighley says. “There is enough positive indication the system is moving forward but that does not detract from the responsibility of the authorities to address those doubts.”

Following the Bristol children’s heart scandal in the 1980s and 1990s where at least 35 babies died in hospital care, the idea of revalidation was born. After lengthy delays it will be introduced in December.

The 220,000 UK doctors will undergo annual appraisals considering their professional development, quality improvement, patient feedback and complaints, and feedback from professional colleagues. Recommendations will be made to the General Medical Council (GMC) about the doctor’s continuing fitness to practise every five years.

Hospitals collect information about teams rather than individual doctors. Keighley says this raises anxiety for doctors in secondary care, who fear their personal licence to practise may be dependent on the performance of other team members such as other doctors and nurses.

GPs are worried there is “a complete lack of clarity about remediation,” Keighley says. “Who pays for it? Who decides who needs it? Who decides when it’s no longer a productive exercise and if a GP has to go off for three months to get retrained, who’s minding the shop and who pays for the locum costs?”

Some doctors feel the revalidation adds to the pressure they already have running the health service under straightened circumstances.

Peripatetic locum doctors also have concerns that they will find it difficult to get feedback from patients and colleagues who know them well enough.

Keighley concedes that for the vast majority of doctors who have been collecting evidence for appraisals for some years, revalidation should be no more than an exercise of collating that information and will be “formative, supportive and developmental”. He refutes the idea that it is an exercise in finding bad doctors.

“It’s important to say what it is not: it’s not an exam, it’s not an exercise to find homicidal maniacs masquerading as doctors.”

He admits that Harold Shipman, the doctor who was found guilty of murdering 15 of his patients in 2000, would have probably passed the revalidation because he was well-liked by his patients.

Keighley also cautions against the enthusiasts for revalidation, such as those in medical colleges, who are recommending unrealistically high standards for doctors.

“We have to remember we are looking for basic competence. We don’t want a system that insists on bits of paper to say you’re doing this right rather than relying on experience,” he says.

“My own feeling is that the doubts and anxieties of doctors will actually be the grit in the oyster that hopefully produce a better system in due course.”

Health Secretary Jeremy Hunt said in a statement: “We want to have the best survival rates in Europe for the major killer diseases. Doctors save lives every day and making sure they are up to speed with the latest treatments and technologies will help them save even more. This is why a proper system of revalidation is so important.”

Professor Sir Peter Rubin, chair of the GMC, welcomed the move calling it “an historic day for patients and for the medical profession”.

Addressing the concerns of doctors, professor Nigel Sparrow, the Royal College of General Practitioners’ medical director for revalidation, said in a statement: “We will continue to provide leadership and practical support throughout the introduction of revalidation and beyond. It is vital that we get this right for patients and for doctors. We want to make sure that revalidation is fair for all doctors.”