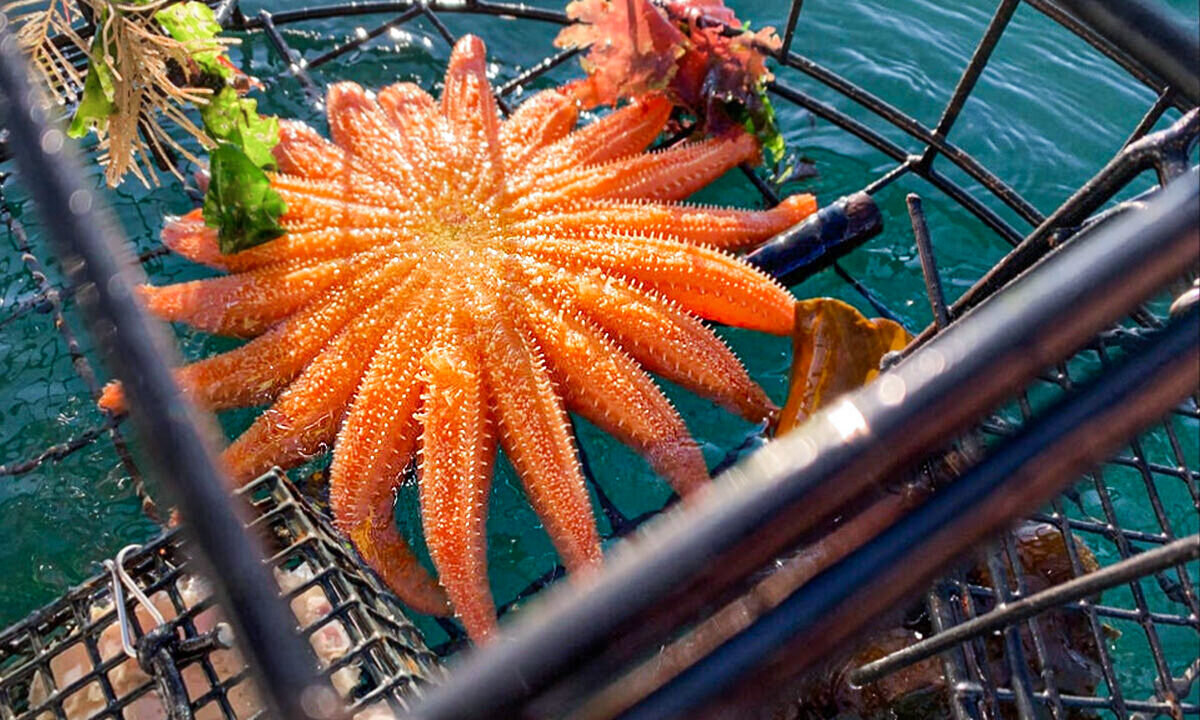 A fisherman was awestruck when he accidentally caught a critically endangered fluorescent starfish in a crab trap.

Lee LeFever said he was shocked to haul up a sunflower starfish given that its population has plummeted by 90 percent in the last decade.

Lee found the bright orange sea creature with 19 arms in one of his four crab traps while fishing off the coast of Orcas Island in Washington state.

The striking starfish, or sea star, was once a common sight along the American coast but an estimated 6 billion of the now critically endangered animals have died from a wasting disease in the last 10 years.

Lee said that the starfish was “beautiful” and he returned it back to the water after finding it.

“Catching a sunflower sea star was potential evidence that they are making a comeback,” he added.

“I found it beautiful. Sea stars are an important part of the ocean ecology and any evidence that they are still around is potentially good news.”

Sunflower starfish can be up to a meter wide with as many as 24 arms.

They are primarily found in the northeast Pacific and their color may vary from fluorescent orange to dark purple.