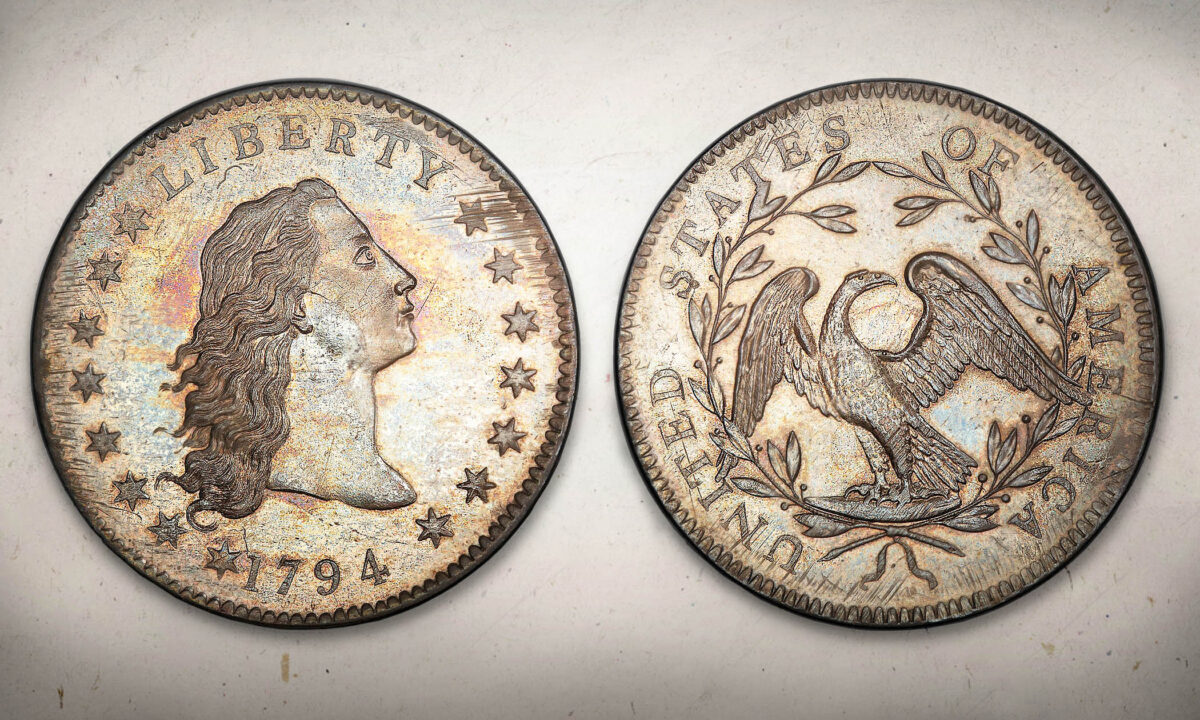 A highly coveted silver coin was sold by a Las Vegas man for $12 million. The collectible is believed by many to be the first silver dollar ever struck by the U.S. Mint.

GreatCollections, an Irvine, California-based coin auction company, bought the coin from Bruce Morelan, a 60-year-old Las Vegas business executive, who first acquired the coin at an auction in 2013, paying over $10 million.

Three years earlier, the silver dollar had been privately traded for a sum of $7.85 million.

Previous owners of the coin include Amon G. Carter Sr., a former publisher of the Fort Worth Star-Telegram, and a number of other numismatic legends, GreatCollections stated in a press release.

“Without question, this is America’s most coveted silver dollar, and it gave me chills closing the transaction for this piece of history,” GreatCollections President Ian Russell said. “This absolutely defines ‘museum-quality,’ in fact, aside from the unique specimen-striking, it’s substantially better than the examples in the Smithsonian and American Numismatic Association collections. The new owner is thrilled.”

First struck in 1794, the silver dollar is believed to be the first coin made by the United States Mint, which struck 1,758 of the coins in Philadelphia that year, to be delivered to government officials and spent into circulation.

Of these first dollars, about 140 remain, the company stated.

The new money was to replace the Spanish, English, French, and Dutch currency previously used in the post-colonial era.

“Because of its sharpness of detail, researchers believe this coin was specially struck, perhaps as a presentation of the country’s first dollar coin,” Russell said, according to Fox News. “Because of its significance, it was likely seen by President George Washington, Treasury Secretary Alexander Hamilton, and then-Secretary of State Thomas Jefferson, who oversaw the young United States Mint. Without question, this is America’s most coveted silver dollar, a numismatic national treasure.”

The front side of the coin features a female bust representation of liberty with flowing hair, the word “LIBERTY,” and the date “1794.” On the back is an eagle with wings outstretched surrounded by a wreath and the words “United States of America.”

The silver dollar was authenticated by experts at Professional Coin Grading Service, the company stated.

This was the second important flowing hair silver dollar purchase by GreatCollections in the last six months, they added. In August, the company paid $6.6 million for another specimen, ranked the seventh highest price ever paid at a coin auction.