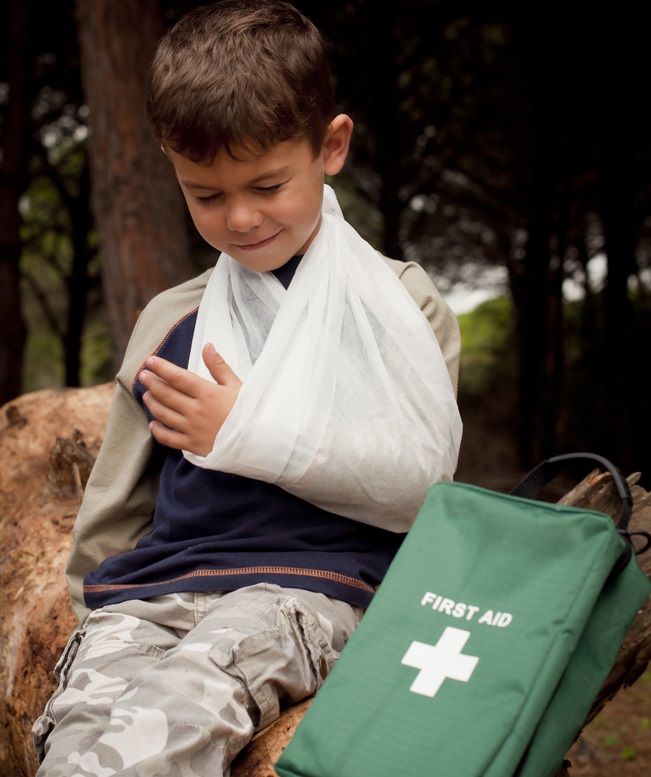 A well-equipped first aid kit is a must in case you need to provide urgent care. (MrSegui/Shutterstock)
Family & Education

Hopefully you'll never need it, but a proper first aid kit can literally be a lifesaver
BY Bill Lindsey TIMEJune 26, 2022 PRINT

Providing first aid may be the most important reaction to an accident of any type, but all too often, a first aid kit is either nowhere to be found or, if you do find one, you discover that it’s woefully lacking in critical, often-used components.

You can find a basic first aid kit for less than $10 at the local big-box store. These compact kits typically include a small quantity of very useful items, such as bandages, antiseptic wipes, gloves, and antibiotic ointments, making them ready for minor burns, cuts, and scrapes, and as such, they make a good starting point. But why isn’t that enough? What do you really need? A worst-case scenario mindset isn’t a bad thing to have when assembling a first aid kit; the first aid equipment company known as My Medic was inspired by tragedy. After the loss of a loved one because of having insufficient first aid gear on hand and a too-long wait for an ambulance, the founder decided to create kits that would provide a fighting chance for survival to victims of serious trauma. As a result, their kits, which we’ll discuss in a bit, include potentially life-saving items not normally found in economy first aid kits.

While it’s true that a papercut is so much more common than a major injury such as a punctured lung or a compound fracture, being prepared for the worst scenario, just in case, is logic that’s hard to fault. So what do you need in a “proper” first aid kit? The answer depends on your lifestyle. As noted above, a very basic kit is a good starting point, but it can be made better by the addition of a flashlight to illuminate injuries in case of a power outage, scissors to trim bandages or cut through clothing to access and dress a wound, a space blanket to help ward off shock, saline eye wash, and more. For an office environment, these basics would probably suffice in 99 percent of all incidents. To make them useful when needed, these supplies should be contained in a bag or case that’s easily accessible in a location known to all staff.

The likelihood of assembling one, large, inclusive kit to cover all potential issues is low to nil, making it a better idea to create separate kits for the office, car, home, boat, to be taken on hikes or bicycle rides, and so on. For home scenarios, such as kitchen cuts, electrical burns, or bruises, the kit can be larger, as it can be stashed in a closet and won’t need to be transported. No matter how quickly you call 911, it can take a few minutes or much longer for assistance to arrive, so at a minimum, you’ll want to simply duplicate the contents of a basic kit—bandages, gauze rolls, tape, pain relievers, ointments, and gloves—while increasing the quantity of each item.

As an example, a drug store kit will have packets that contain less than an ounce of ointment and an assortment of adhesive bandages, most of which will be relatively small in size. For home use, you can add a tube of ointment several ounces in size, as well as a full-sized box of bandages of various sizes, a full-sized bottle of hydrogen peroxide, a bag of cotton balls, a bottle of several hundred ibuprofen tablets, or other appropriate pain relievers, taking known allergies into account and much more. While you’re shopping for supplies, add tweezers to remove splinters from wood or plants.

Next comes the car kit; because accidents can occur in the middle of a city or out on a lonely road late at night, you need to add a few more items to the home kit, while at the same keeping the size of the overall kit compact enough to stash under a seat or in the trunk or cargo compartment. Take a Red Cross or similar first aid course to learn the basics, as well as CPR and AED (automated external defibrillator) use. If your budget allows for it and you have family members with known heart issues, consider buying an AED; refurbished, certified units are often available.

A kit to take along on hikes, canoe or kayak adventures, and motorcycle or bike rides needs to be small, yet comprehensive, which is easier said than done. My Medic’s MYFAK is a well-thought-out kit, but step up to their Pro model to add a tourniquet, splints, a chest seal to address punctures, QuickClot to address serious bleeding, glucose, and hydration packs, a CPR kit, and more. Because several of these items, such as tourniquets, require knowledge to be used properly, the company provides access to training videos. The entire kit can be strapped to a bicycle, placed in a motorcycle saddlebag, or tucked into a kayak storage compartment to make sure you can get to it quickly if an emergency situation arises.

Hopefully you’ll never need your first aid kit, but it’s much better to have it and not need it than to need it and not have it.