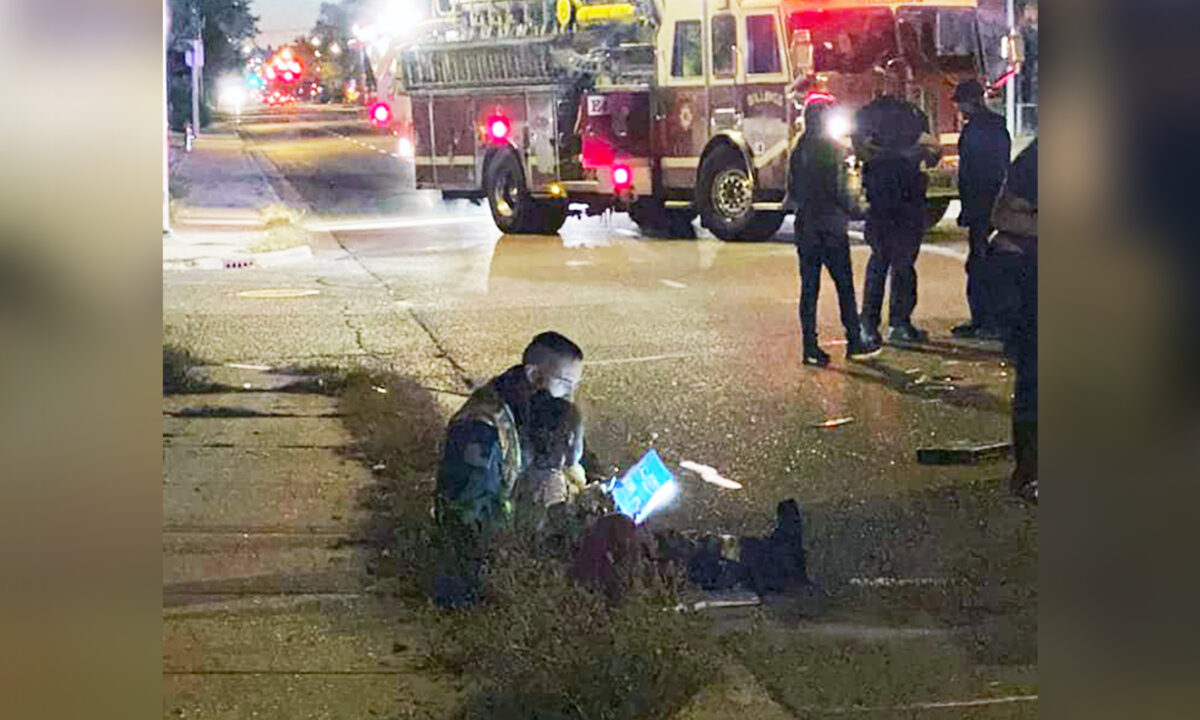 In a moment of trauma, a calm voice can be as invaluable as any medical care first responders can provide at the scene of an accident.

In Billings, Montana, one firefighter on Sept. 29 encountered a little girl at the scene of a motor vehicle collision near the intersection of Broadwater Avenue and Second Street; he used his voice to read her a storybook and offer the reassurance she needed amidst the crisis.

That firefighter, Ryan Benton, humbly declined to comment to Q2 News, insisting he was just doing his job. But one of his colleagues caught the storytelling interaction on camera; and Billings Fire Fighters posted it on their Instagram page, garnering Benton the credit he’s due.

“We’re going to take care of the job we’re doing there first,” said Billings engineer firefighter Cameron Abell. “That’s our first priority. But there’s a lot of times after like the story you saw in the social media post. That firefighter, Ryan, he was there, they were cleaning up the car accident, and so he took it upon himself to take the time to make those kids feel safe.”

Outfitted with more than just fire and rescue equipment, the firefighters stow special book bags for responding to children at traumatic situations. For about three years, said Abell, Rimrock Credit Union and Usborne Books have been supplying the bags in case of such instances.

“The book bags were an idea to bring some calm into their lives, to bring some sensibility into a really stressful situation,” he said. “There’s a lot that goes on that they may not understand or they’re just overwhelmed by … That kind of can bring them some sense of normalcy in a really terrible situation, sometimes for them.

“Something that we deal with on a day in and day out basis that parents may not be able to cope with yet because they’re also going through the same situation,” he added. “The sense of calm that maybe we can bring to the children can help the adults calm down as well.”

Abell credited Benton for his great work but added that “he’s probably going to kill me” for putting him in the spotlight when he’s “just doing his job.”

“And that’s kind of how we all feel,” Abell said. “But we all know when somebody does something like that and gets spotlighted for it. It’s good to recognize their good work.”