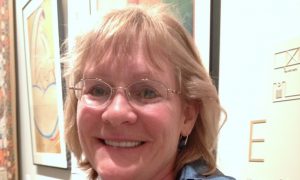 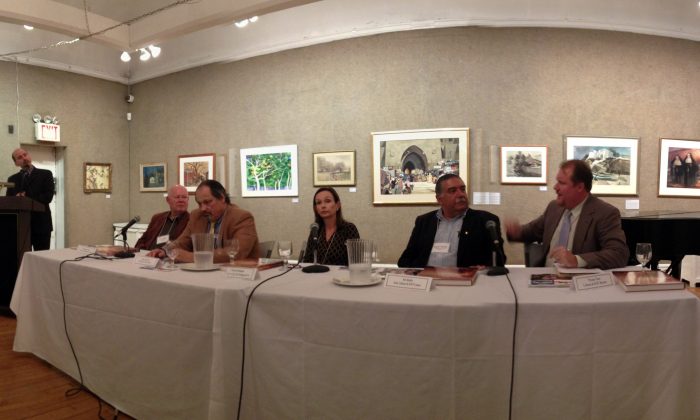 NEW YORK—Salmagundi Club brought together art collectors for a panel discussion on the evening of April 23. In a lively exchange, five panelists, a moderator, and the audience shared strategies for building a collection, as well as some triumphs and missteps in finding beloved artworks.

Located just off Union Square, Salmagundi is a club for creators and connoisseurs of American art since 1871. The club’s chairman of the board, Tim Newton, created the panel and a corresponding exhibit to shed some light on the less visible side of the art world.

“Collecting is the other side of the coin,” he said. “In ancient Italy you had the patrons who made it financially possible for artists to do what they do. This is a way for collectors to share what they are all about.”

Anyone involved in creating, buying, or selling art who missed the panel can find here highlights of the evening’s conversation.

Douglas Allen is a wildlife artist, collector, and authority on the American illustrator N. C. Wyeth; Tom Davies is the author of “Collecting Stories: 400 Paintings, 400 Stories” (Laynfaroh, 2007); Bob Mueller is an artist, collector, and curator of the Salmagundi Club; Elizabeth (“Beth”) Harrington is a collector and art advisor at her own company E.B. Harrington & Co.; and Thomas Tener is a collector and Salmagundi member. His and his wife’s collection now contains over 140 artworks of various genres.

Moderator Peter Trippi, the editor of Fine Art Connoisseur magazine, began the evening by asking how each collector began.

Peter Trippi: How did you start collecting?

Douglas Allen: When I was 10, my dad was a big collector of Fredric Remington and so I had to find something else [to collect]. I received a Christmas gift of NC Wyeth’s work and was hooked. It’s been a 65-year love affair.

Peter Trippi: Doug, at that point, where those illustrators dismissed by collectors as not really artists?

Douglas Allen: Pretty much. I grew up in a time when abstract impressionism was taking the fore in the art world, and the art teachers looked down on anyone who could draw. [Audience laughter] I felt that the artists that I enjoyed the most were the ones I understood. I was lucky because at the time they weren’t as appreciated as they are today.

Tom Davies: I started to work corporately in 1965 and ended up as a salesman in training. … And then I started realizing that everyone I knew in the corporate world was losing money in the stock market. I thought, “I get a kick out of buying paintings, this is the route I’m going to take.”

Beth Harrington: Coming at it as an art advisor, sometimes one informs the other—years ago, I had built a collection for a international corporation that selected some contemporary works. I thought, ‘This is great, but I am really interested in looking back in time for my own personal collecting.’”

Peter Trippi: I wonder about strategy. Do you think as an individual collector, should you have a focus right from the beginning, or just let things wash over you?

Tom Davies: There’s a difference if somebody is starting out young and with very little resources. But as time goes on, when you have financial wherewithal, to do pretty much whatever you like. In those situations you would benefit from having a strategy, but if you start out chickenstratchy like I did, you go wherever you can.

Beth Harrington: If I start with someone who knows they want to collect and that’s about it, what I’ll usually do is send them to any of the city’s great museums and ask them to wander and test themselves on what makes them walk over to a particular work. The budget needs to go into the master plan. The worst is when you’ve gotta work within a certain color palette. And that is my least favorite. Things like size considerations come into play. But bottom line, before you buy, you’ve gotta love it. If you don’t love it, there’s always another painting. If you don’t love it, the whole experience of art buying is not going to be enjoyable and you won’t come back.

Peter Trippi: What has been your most exciting moment in collecting?

Tom Davies: This is a story about my wife’s collecting. I home one day and my wife picks me up. The first line out of her mouth was something like, “Is [William McGregor] Paxton important?” She never asks questions like that. I ask why, and she says “Well, I think I have one.” We arrive at home and there’s a painting leaning against the wall, facing away from me. It’s absolutely covered with soot. You can’t see through the glass. I pull it out and my wife is absolutely dumbfounded. A little girl, blonde hair, holding a beautiful doll. It’s perfect, it’s brilliant, and it’s pastel on canvas. She bought it for $700 at a consignment shop.

Peter Trippi: Those kinds of shops are very good to check on because there are often things being cleared out of houses that are not part of the estate system. That’s a strategy to think about. Anyone else with a “wow” moment?

Thomas Tener: This is an eBay moment. It was in the early years of eBay. I paid maybe $700 for a little 9 by 12 painting. It looked somewhat drab and sad. So I took it over to an art dealer. His eyes get large. It’s an [Alfred] Sisley. [Audience wows]

Peter Trippi: Is that still possible? Or are people too “on it”?

Thomas Tener: I don’t think it’s possible anymore. Sadly there’s too much fake out there. The Chinese are creating tremendous copies and they are flooding the market.

Beth Harrington: The Internet is here to stay, especially as, unfortunately, some of the gallery owners are finding it so difficult to pay for the brick and mortar. However, it does concern me because I am a stickler for condition and quality. I do bid online, but 98 percent of the time it’s after I’ve inspected the works in person. I wouldn’t recommend it to anyone who hasn’t developed a connoisseur’s eye.

Peter Trippi: I want to ask about living artists and how you as collectors come across them: through the dealer, Internet browsing, through friendships? How do you discover someone flying under the radar?

Thomas Tener: I never bought living artists in the first five years [of collecting]—I was very prejudiced. I thought that art was only worth something if it was old. I stumbled across the Salmagundi Club and came to love their artists and especially the auctions. For very, very inexpensive prices you can get beautiful pieces. You get to meet the artists, and the social aspect I think is different. There’s an artist called Jeremy Horseman. I bought a piece for I think $600; I practically stole it out of here. And now it’s hanging next to the best of my paintings from hundreds of years ago and it does not pale in comparison. And this man’s, what, 22 years old? And he will be a tremendous artist if he’s not considered so already.

Peter Trippi: I think that notion of mixing past and present is very healthy and that sometimes collectors fear that they can’t do that because they’ll muddy the waters. Well, those are your waters and you can muddy them if you like! And the relationship with the artist is often an added value of enormous significance. Beth, how do you find living artists?

Beth Harrington: First, if you want to find good artists, there’s nothing like talking to other artists for recommendations: “Who else’s work do you recommend who works in your genre?” I also go to loads of art fairs, and I just walk around and look for galleries of emerging artists. I go around to the galleries and of course look online as well.

Audience question: What about large auction houses? Do you find them useful?

Tom Davies: I find that the larger ones tend to be pretty good in terms of authenticity. The hinterlands are absolutely filled with garbage.

Beth Harrington: While I like to work with auction houses, I’m always disappointed when clients say, “Oh, well, let’s just go to the auction houses.” It’s great when people have already gone out and done their legwork but sometimes people get lured in and they make it one-stop shopping and they have not done their homework. If you are a seasoned collector and you know exactly what you want and you come across it at auction, great.

Bob Mueller: I think the auction houses are great in terms of educating yourself. You can go around and see what a great painting from a particular artist looks like and what a bad one looks like.

Tom Davies: There’s another thing. Just remember: In the world of auctions, it only takes two morons to make a world record.

The panel discussion marked the opening of the Collectors’ & Artists’ Exhibition. A vast array of artwork from the walls of Salmagundi collecting members will be on view until May 1. Find out more at www.salmagundi.org