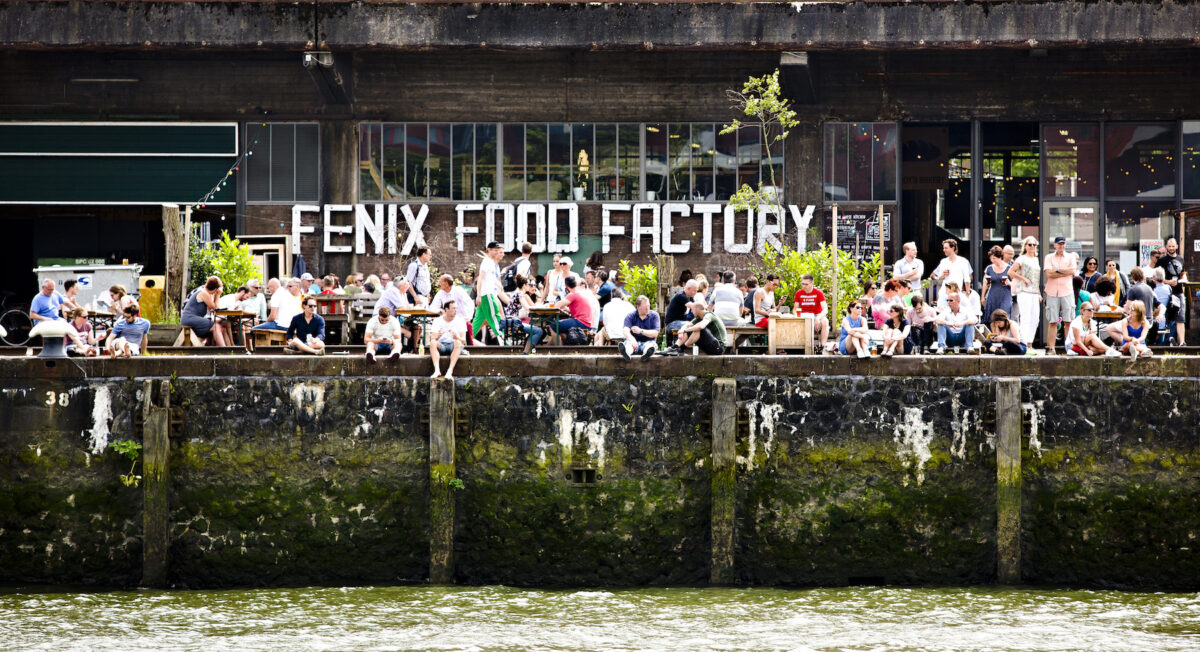 Finding Rotterdam: So Many Surprises in Holland’s 2nd City

Amsterdam, the capital of the Netherlands, is one of the most popular destinations on earth. With travelers returning to Europe in droves, it is again flooded with tourists, people eager to experience its famous charm, walking down dozens of storybook canals, cruising under bridges and past houseboats on aquatic tours, heading to the Rijksmuseum to spend time with Rembrandt.

But few make time for Rotterdam. Less than 40 minutes south of the capital by fast train, Holland’s second city is something else entirely, in all the best ways. This city of about 650,000 invites you to discover, without expectations. A trip here feels like a visit to the future, every turn bringing a new surprise, a novel architectural wonder. Denizens are diverse, drawn from across the globe, creating a culinary culture that goes well beyond stroopwafels. And as you walk the streets, visiting shops and restaurants and cafes, you’ll notice that people aren’t so jaded, as they often are in major tourist destinations. Visitors here are usually welcomed as guests, and the locals are happy that you’re taking the time to experience their remarkable city.

Rotterdam’s whole look and vibe stems from one, devastating event. Home to Europe’s largest harbor, the city was extremely strategic, and therefore bombed into the ground in the Second World War. Devastating, of course, but in the postwar era, the city rose anew, filled with current and even cutting-edge architecture. The harbor is a good place to start your visit, rolling out on the 41-square-mile stretch of calm water, still one of the busiest in Europe.

On an afternoon water taxi tour, we floated past big, working cargo ships lumbering to and from the port, carrying essential goods for consumers across Europe. I alighted at a number of islands, seeing the Kop van Zuid docklands, where 1 million emigrants boarded ships bound for North America, sailing to the hope of a new life on a new continent. At one of the former warehouses, gentrified but still maintaining a gritty enough feel, I grabbed lunch at the Fenix Food Factory, which offers everything from Moroccan fare to slow-cooked barbecue.

Do the people of Rotterdam feel any sense of rivalry toward the more-famous city to the north? Absolutely. My hair had grown shaggy, and, back on dry land, I took time to pop into Schorem, a barbershop well-known across the city (and among barbers, around the world). There’s a rollicking atmosphere where tattooed and bearded barbers welcome you with a coffee—or a beer—and those getting cuts and shaves chat freely with their stylists and other guests.

Once in the classic, old-timey chair, I asked about it—the rivalry. The barber at the next chair noted that they won’t even say the word “Amsterdam,” instead, when it’s absolutely necessary to mention the place at all, using their postal code, “zero-twenty.” They explained that people from Amsterdam refer to those from Rotterdam as cockroaches, because, as the old saying goes, those are the only creatures that can survive intense bombings.

But they wear it as a badge of pride, sometimes literally, with another barber showing me a permanent ink-cockroach on his sleeve of tattoos. Camille, my barber, a native of Brittany in France and the first female to work at this shop, was also fully into the spirit, teaching me Dutch sayings to besmirch Amsterdam. (Nobody would give me an exact translation.)

From there, I proceeded to a series of architectural oddities, and fascinating buildings. First stop, the iconic Cube Houses, built in the 1980s by Dutch architect Piet Blom, the living spaces thrust into the sky on a series of pylons in the hopes of maximizing urban space, at a premium in this small, densely populated country. Vaulted, with walls set at a 45-degree angle, most of them remain private homes. Although one owner has opened his doors as a private museum to show visitors day-to-day life within the cube. Bright, with plenty of light flooding through the big windows, the angled walls seem to close in a bit, giving the space a slightly claustrophobic feel.

A little later, I spent the better part of the afternoon at the Sonneveld House, a meticulously preserved Dutch Functionalist residence from 1933 that’s still filled with the furniture and other items of the prominent family that lived there—somehow, all these decades later, it still feels lovingly lived-in.

And of course, the market. There’s surely no single greater symbol of Rotterdam’s phoenix-like rise from the ashes as its Central Market. It’s very new, opened in just 2014, and already an icon. The largest glass-cable structure in Europe, the curving interior hall soars, a half-cylinder stretching into the sky and splashed with bright murals, depicting all the natural goodness being sold below.

You can buy an apartment here, up above the ceiling, and look down from a window embedded into it at all the busyness below. Grab a quick lunch at the food stalls, or just sample and browse. I nibbled on fresh veggies as well as Dutch wines and cheese. The Netherlands is one of the world’s largest exporters of the latter, and both Edam and Gouda (here, always pronounced “HOW-da”), are in rich supply, and cheesemongers are always happy to tell you why it’s the best cheese on earth.

That night, dinner at a Surinamese restaurant, just one of many Dutch Caribbean fusion restaurants in the city, evidence of the once-vast colonial empire of this tiny nation. Then, back to the Slaak, my retro-cool vintage hotel, the building once housing an indie newspaper. And then, I’ll do it all over again tomorrow. So much left to see in Rotterdam. Zero-twenty—Amsterdam—and its hordes of tourists, can wait for another day.

Fly: Amsterdam’s Schiphol International Airport is Holland’s major hub, with direct connections all over the world, including to most major North American cities. From there, just 30 to 40 minutes on a fast train will take you to Rotterdam’s uber-modern Centraal Station.

Stay: The Slaak is one of the coolest hotels you’ll ever encounter. Housed in a 1954 building that was once home to a vibrant indie newspaper, the structure fell into disrepair, only recently undergoing a massive renovation and reopened as a boutique hotel. It’s been restored to its 1950s glory, with touches of those darker years, like splashes of graffiti, still preserved inside. There’s a focus on the written word, with typewriters and other touches scattered throughout.

Getting Around: You won’t need anything more than a transit pass to navigate this city, which is well-serviced by trams, buses, and subway. A day pass is a good deal, and water taxis can connect you across the harbor.

Take Note: While Dutch is the official language of the Netherlands, you’ll get by quite easily in English—almost everyone speaks it, especially in Rotterdam, which has a large international population.