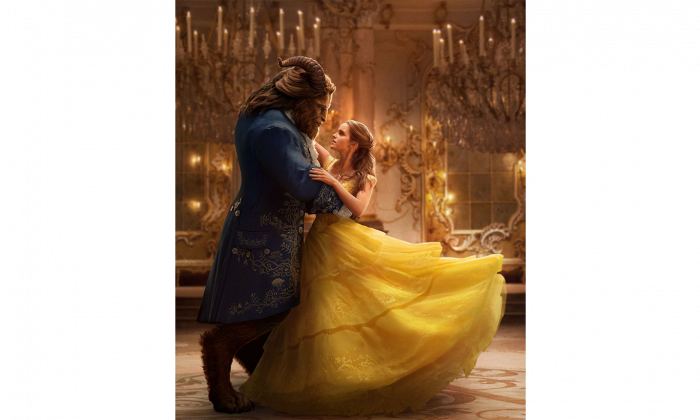 Dan Stevens as the Beast and Emma Watson as Belle in "Beauty and the Beast." (Disney)
Arts & Culture

Finding Beauty in the Beast: A Tale as Old as Time

It’s hard to believe that it’s been 26 years since the release of the original animated “Beauty and the Beast.” The film was the first of its kind in terms of grandeur and marked the beginning of Disney’s golden age of animation, earning an Oscar nomination for picture of the year. In my household and no doubt countless others it was a mainstay on VCRs for years after its release.

Having recently revived “Beauty” in a live-action remake, Disney brings the story to a new generation. Disney knows the value of myths and is also keen to capitalize on the appetite for nostalgia. While it’s good for the bottom line, there is also genuine value in resurrecting these tales for a new age.

The strength of “Beauty and the Beast” lies in its story, one that adheres to universal mythologies. For thousands of years the same folk tales have been repackaged for each generation using the media of the day. From oral tradition to books to television to video recording, the medium changes but the message does not.

“Beauty and the Beast,” “Star Wars,” Harry Potter, and “Lord of the Rings” all succeed in staying true to humanity’s most basic character archetypes and mythologies, the fabled “Hero’s Tale.”

Renowned mythologist Joseph Campbell, who coined the term “Hero’s Tale,” was an important influence on filmmakers like George Lucas and Disney’s team of screenwriters. He studied the universal elements of different myths, folklore, and religions and found that irrespective of nation or race, humankind has a universal element to its mythology.

Campbell came to the conclusion that mythology was the vehicle through which a cultural framework could be developed that would educate children and provide them with a way to understand the different stages of life, from birth to death. The most effective way of doing this was through stories that exemplified the “Hero’s Tale,” a journey characterized by a call to adventure, a path of trials, a discovery, and a return to the world with the knowledge of that discovery. It is symbolic of the human experience.

As children, repeatedly reading from the same fairy tales represents the human desire to make sense of existence by priming our psyche with our most central hopes and fears.

It is a heartening tale of tremendous self-sacrifice—one that pays off in typical fairy tale fashion.

Shows like “Game of Thrones” and “The Sopranos” have turned the traditional archetypal story on its ear by blurring the lines between hero and villain and good and evil. We like them for that; they are more reflective of who we are as a species, but not of who we aspire to be. In our minds, the distinctions between good and evil are often more black and white than the way they play out in the world.

Good myths leave themselves open for interpretation and “Beauty” is no different. While one person may see Belle as an abused girl experiencing the Stockholm syndrome at the hands of the beast, another may see a young woman who is able to change the very nature of another by employing the virtues of love and compassion.

The beast, who was a handsome prince made ugly due to his dark heart, is ultimately redeemed through his ability to selflessly love and be loved. Belle in turn succeeds through her own “Hero’s Journey” and tames the beast she was sent to face, increasing her capacity for love along the way. It is a heartening tale of tremendous self-sacrifice—one that pays off in typical fairy tale fashion.

It is encouraging to know that, regardless of the era, each generation turns to the same classic stories that have endured for centuries. The ancestral root has not been lost and we still look to the same stories as a way to make sense of our inner and outer world.

From Homer’s “Iliad” to “Star Wars” to “Harry Potter,” the archetypes reflect the most universal way humanity perceives the journey of life and death. It suggests that, on some deeper level, we all operate on the same plane. In the case of “Beauty and the Beast,” the value is in the story itself, quite literally “a tale as old as time.”