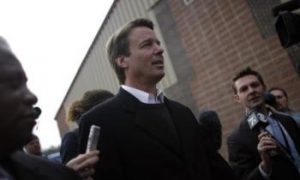 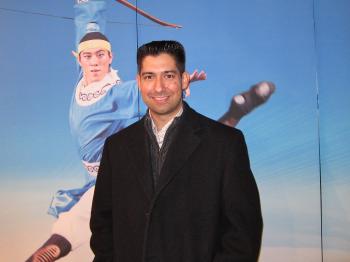 “I thought it was fantastic. I love Chinese culture. It is interesting [Shen Yun] and takes you through history,” said Denis Paquet, a finance analyst for United Hospital System.

“You can see and understand how it is in China these days, the restrictions that exist and how that plays out on the stage,” explained Paquet.

“This is a good introduction about Chinese culture and piques your interest!” said Paquet.

Shen Yun's program book states that Shen Yun literally means in English: the sublime beauty of heavenly realms shown through expressions and gestures of the dancers. For the last five years, Shen Yun’s mission is to awaken and renew the true Chinese culture through song and dance.

Also attending the evening performance was Mark Wein together with a friend, Patty Shoeman, and her two children.

“I loved how history was wrapped into the performance and the music,” said Mr. Wien, a commercial photographer from Chicago.

“I think the staging, the visual presentation was lovely and the costumes are incredible,” Mr. Wien added.

Shen Yun Performing Arts is based in New York, and their three companies tour internationally, every year, performing in most major cities around the world including London, Frankfurt, Toronto, and Sydney.