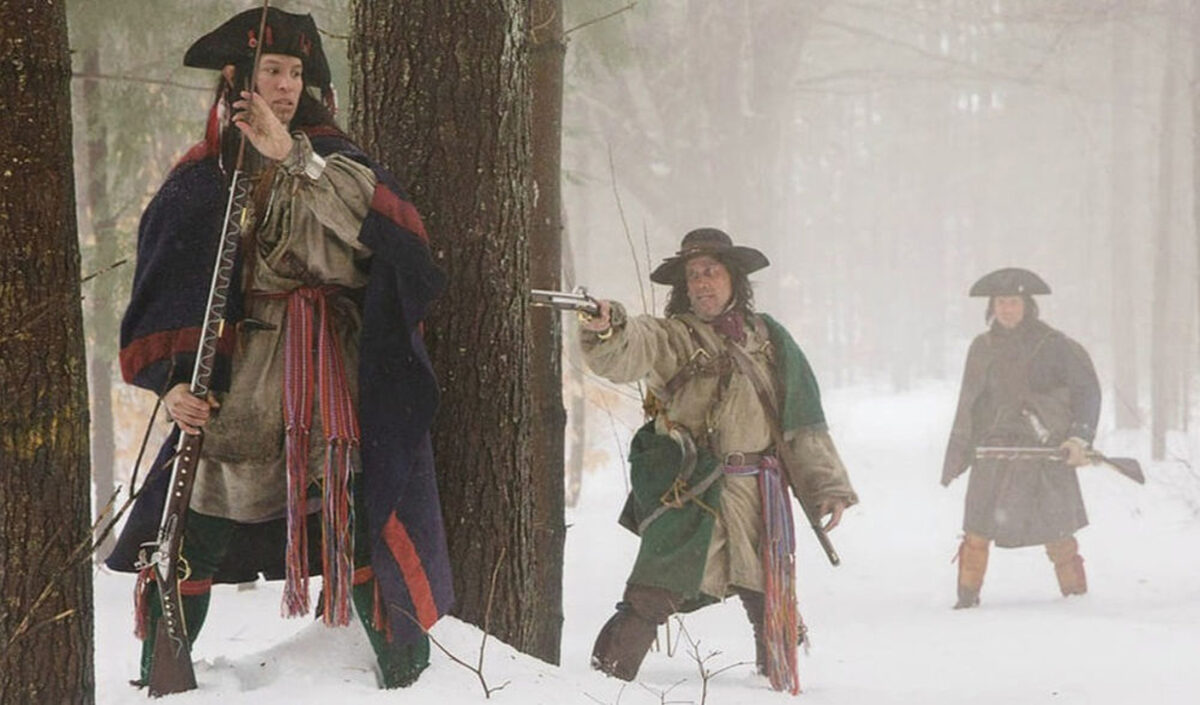 There aren’t many films about George Washington that are worth seeing, and certainly none about his early life. So “Washington’s Armor,” which covers his time while he was a young officer in the British military, is a real treat.

The story begins in 1752 at the village of Pickawillany, a strategic locale in the lush Ohio Valley that doubles as a valuable trading post. For many years, Pickawillany served as a French supply and communication line that stretched from Canada all the way down to Louisiana. But since the Miami Native American tribe that controls the area decided to begin trading with the British, the French, along with their Ottawa Native allies, raid the village and burn it to the ground.

We are introduced to a young George Washington (Willie Mellina), who is commissioned by the governor of Ohio to deliver a letter to French forces on the Ohio River. He is allowed to take veteran guide Christopher Gist (Tim Ross) on this journey, which by all accounts is fraught with peril.

The two men set off on their trek, which spans a number of beautiful environs including rolling foothills, snow-covered forests, and fertile prairies. When they finally reach their destination, they meet with a French commandant. The letter entails a warning to the French that the British are claiming the Ohio Valley for themselves. Needless to say, the French aren’t exactly thrilled about this threat and both Washington and Gist barely manage to leave with their lives.

Because of their dangerous journey, which includes being hunted by hostile Native Americans and nearly perishing crossing the rapids of the mighty Allegheny River, Washington’s reputation is not only boosted but he is also promoted to the rank of colonel.

During a brief respite from both military and political affairs, he meets a young Martha Dandridge Custis (Micah Lynn Hanson). Although the two butt heads at first, Martha famously becomes Washington’s wife years later after her husband dies.

As the French begin to encroach on lands contested by both the British and French empires, Washington erects Fort Necessity in an area known as the Great Meadows (in what is now the state of Pennsylvania) in 1754. As he readies his men for action, not are his supplies beginning to wane but some of his men’s morale also seems to be a bit low. Can Washington gird them for battle in time?

Directed by Tammy Lane, the film is set nearly 20 years prior to the Revolutionary War and covers the events that led up to the French and Indian War (1754–1763), which was a conflict between the North American British and French colonies, and their respective Native American allies.

Lane based the film on a book by author and historian David Barton titled “The Bullet Proof George Washington.” Both the film and book are based on Washington’s own recorded journals of his now-famous deeds. And both also describe how the Founding Father relied on the providence of God to help him through the many challenges he faced in his lifetime.

The excellent production values of this film are evident right away, with exquisite cinematography, costumes and make-up, sets, and dialects. It’s almost as if you’re being transported to the mid-18th century.

The action scenes are also impressive, from the accurate portrayal of the weapons of that period, such as muskets, to the convincing fight choreography, there’s a level of detail rarely seen in many Hollywood productions. However, some of the combat scenes can be rather bloody (and realistic), so viewers should take that into consideration.

“Washington’s Armor” is impressive not only because of its exceptional presentation and top-notch acting and direction, but also because it compels one to look further into the history of our great nation.

In these chaotic times, the movie serves as a reminder of our incredible past and our greatest national hero.