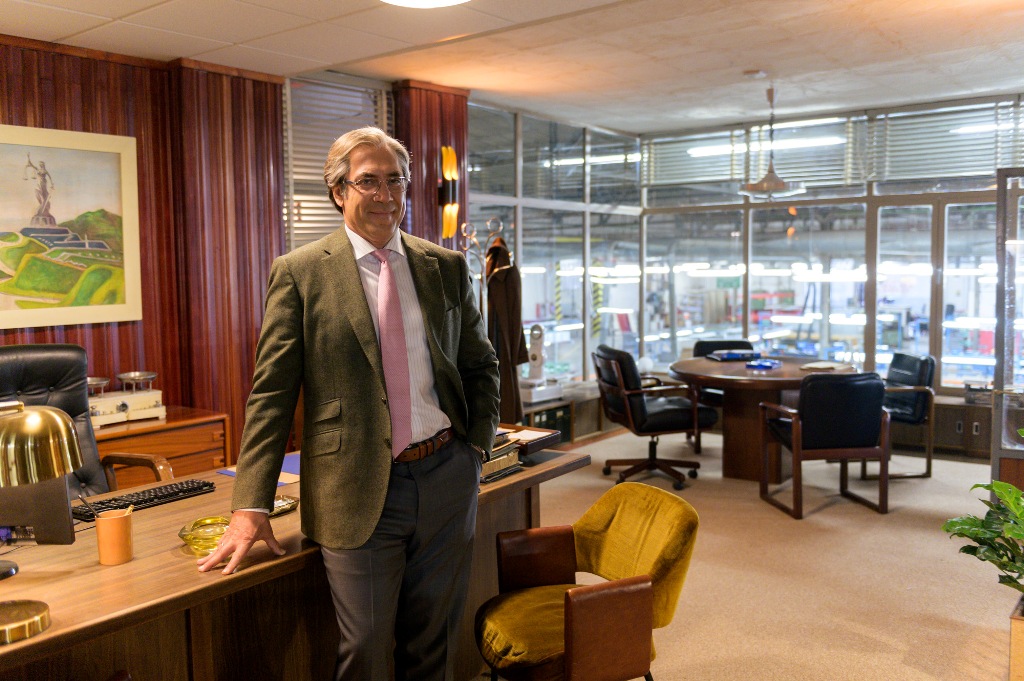 While most critics generally love them, mainstream audiences have a hot and cold relationship with movies set in the workplace. No matter how high the quality, concept, or star power, it’s tough to get people stoked up and pay to watch other folks bicker, wrangle, and screw up while doing their jobs. They get enough of that in real life.

There are exceptions. “The Apartment,” “Network,” “Broadcast News,” “Up in the Air,” “The Social Network,” “The Big Short,” and “The Wolf of Wall Street” are among the few titles that have met or exceeded box office expectations.

If filmmakers get too dark, smarmy, or toss about too much insider jargon (“Margin Call,” “Glengarry Glen Ross,” “Swimming with Sharks,” “The Good Girl”), they’re all but guaranteed to have their movies ignored by the masses.

Having received a staggering, record-breaking 20 nominations (including six wins) at the most recent Goya Awards (also known as the Spanish Oscars), “The Good Boss” will certainly do well with the art-house demographic but, beyond that, probably not.

It’s not that the movie is lacking in quality, originality, a clever story, or great acting. It’s got all of those things in spades, but it’s also semi-tough to navigate and features a lead character who often commits despicable and unethical acts. The satirical humor is subtle; it’s not a “ha-ha” funny “Office Space” type of affair. It also doesn’t help that it comes with subtitles.

Javier Barden won the Goya for his portrayal of Julio Blanco, the president and CEO of “Basculas Blanco,” a scale manufacturing company that he inherited from his father. He’s not a “from the ground up” kind of guy, but he is forward thinking, highly intelligent, and knows how to read people. Just how well Blanco interacts with the people he reads is iffy.

We get the impression Blanco normally prefers to delegate authority to his immediate underlings but this is not a normal week. The company is one of three in the running for a prestigious unnamed regional award, the only major industry prize Blanco has yet to win. He’s devoted an entire spot-lit wall in his home for the bright and shiny hardware with one area waiting to be filled. He wants this so bad he can taste it.

The first in the triumvirate of issues arrives with the departure of employee Jose (Oscar de la Fuente) who is so incensed at being fired he uses his two young children as props to gain sympathy. This ploy doesn’t pan out, so Jose and the kids set up camp just outside of the company gates where he posts lame protest signage and taunts Blanco with bullhorn-powered profane insults as his former boss comes and goes.

Next up is the plight of shipping manager Miralles (Manolo Solo) who is slipping up on a daily basis because, as he soon reveals, he believes his wife Aurora (Mara Guil) is cheating on him. As Miralles and Blanco are childhood friends, the latter overlooks the former’s errors but wants the issue resolved quickly and his attempts to play marriage counselor yields mixed results.

The third possible hurdle in Blanco’s quest for the award comes in the form of the doe-eyed Liliana (Almudena Amor, a younger, taller version of Kiera Knightley), a marketing intern who severely tests his will and self-control. It is implied that Blanco has had extra-curricular dalliances in the past and appears to be a seasoned pro at knowing when to lean in and when to step back.

Figuring into all three of the major sub-plots to one degree or another is Blanco’s boutique shop-owning wife Adela (Sonia Almarcha) who, with a single, almost throwaway line of dialogue, unknowingly instills the fear of God into her husband.

Writer-director-coproducer (and 8-time Goya winner) Fernando Leon de Aranoa, who previously worked with Bardem on “Mondays in the Sun” (2002), is nothing if not deliberate, methodical, and patient.

Could he have firmed up and tightened the narrative by trimming, say, 20 minutes off of the running time? Yes, without a doubt. On the other hand, the steady (but not slow or lagging) pace makes the twisty payoffs in the third act all the more stinging and impactful.

Hitchcock, Coens, and a Guest

An obvious admirer of Alfred Hitchcock and the Coen brothers, Leon de Aranoa also appears to be a big fan of National Lampoon alumni filmmaker Christopher Guest. The humor is bone-dry, wickedly deadpan, concise, and precise. Leon de Aranoa isn’t interested in cheap laughs or broad physical comedy and “The Good Boss” targets audiences who prefer not to be spoon-fed.

In addition to Bardem’s win, seven other members of the cast were nominated for Goyas, with three in a single category (Best Supporting Actor). There’s no doubt that the movie belongs to Bardem, but this is near-perfect ensemble acting.

A demographic that would benefit greatly from watching “The Good Boss” is owners and managers of small to medium-sized independent businesses. While the nuts and bolts of every company are different, the tricky elements of human nature and workplace politics rarely vary. Watch and learn.

Presented in Spanish with English subtitles.