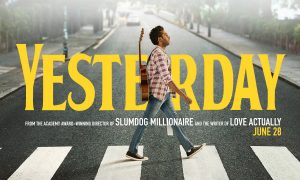 Film Review: 'Yesterday': Who Wouldn't Want to Be a Beatle? Or All of Them?
0
Share Now
TelegramFacebookTweetEmailTellMeWeReddit
Copy Link 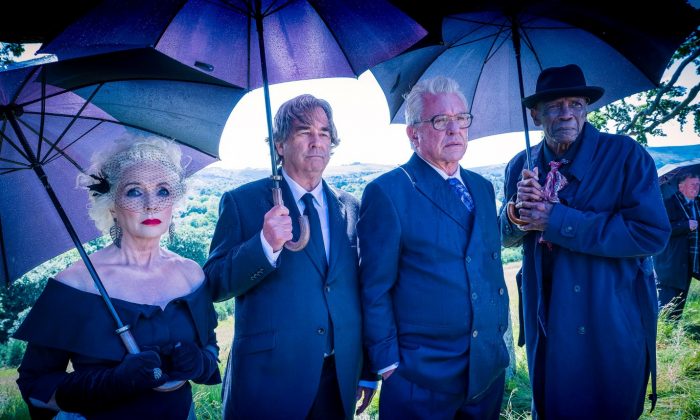 “Supervized” stars Tom Berenger as Ray, in a new, young-at-heart comedy film that purportedly explores ageism. Directed by Steve Barron (“Coneheads,” “Teenage Mutant Ninja Turtles”), the film explores what it would be like if our favorite superheroes went to old folks’ homes after reaching their retirement ages.

Back in his prime, Ray,  also known as Maximum Justice, was one of the most popular superheroes of all and was used to saving the world from all manner of dastardly plots. However, after he started getting up in years, an organization known as The Federation placed him in a nursing home, which for some unexplained reason is located in Ireland.

Instead of defeating powerful, evil foes, Ray spends his time nowadays playing cards with longtime super-sidekick Ted (Beau Bridges), who is also known as Shimmy, and Pendle (Louis Gossett Jr.), also known as Total Thunder, who are also residents of the home.

If Ray manifests his powers at all, it’s in order to manipulate certain things in the home, such as telepathically changing the TV channel instead of having to fetch the remote. In a nutshell, Ray’s character seems to be preoccupied with the past. He frequently looks back at his younger days as a once-famous, masked crime-fighter.

Some drama kicks off when, one day, Madera (Fionnula Flannagan), also known as Moonlight, shows up as one of the nursing home’s new residents. Since both Ray and Pendle were romantically linked to Madera in the past, a love triangle begins to form, but not for long.

The film’s second act commences with the mysterious death of one of Ray’s fellow superhero chums, Rainbow Warrior (Clive Russell). Ray spots a nursing home orderly carrying the corpse out the back door and depositing it in a laundry truck. Soon after, he witnesses some local kids using the same powers that Rainbow Warrior once had, which heightens his suspicions that something foul is afoot.

Ray begins to investigate the matter, but his cohorts are hesitant to believe him. As a matter of fact, pretty much everyone thinks that he’s just a delusional old fart. A general consensus eventually forms: Ray is fabricating an imaginary threat in order to get the attention he once commanded.

As a screenwriter myself, I know firsthand how hard it is to write comedy. As they say in the film industry: “If you can write comedy, you can write anything.” It’s one of those talents that’s very hard to develop; usually you either have it or you don’t.

This film’s screenplay was co-written by Andy Briggs and John Niven, and their brand of comedy is peculiar. The film’s humor is raunchy, but not in a sophisticated or nuanced way. Like with much of American film comedy these days, just about everything is in-your-face slapstick, with little in the way of subtlety.

For instance, there’s a scene in which some old male superhero residents are gawking at a female resident who is well-known for her “super-breath” powers. This inspires one of them to make a comment about what her sexual abilities must be like. The whole joke is built upon an oh-so-subtle sight gag shot: She accidentally triggers her powers that result in her dentures flying across the room.

This sort of tacky, low-brow humor permeates the film, with various generic gags rotating with trite old-people jokes. In fact, all of the bawdy bits seem to function as a crutch, instead of examining why Western culture stigmatizes old age.

To the film’s credit, all of this cringe-worthy filler is counterbalanced by some pretty good performances by the main cast members. Berenger and Bridges stand out because once they get into the film’s flow (around the second act), they genuinely seem to be having fun. Clearly, though, they deserve more dignified material.

Their “best buds ’til the end” chemistry works, and Bridges plays the humble sidekick who always wanted more acknowledgment, while Berenger’s character always received the lion’s share of the public’s adulation and still thinks he should.

Unfortunately, “Supervized” plays it supersafe. After seeing the film, my head was filled with so many unanswered questions: Why don’t Western societies generally treat their older populations with the same reverence as other regions? Why are older superheroes necessarily comedic, and why are they automatically relegated to an old folks’ home? Why couldn’t we see some examples of still-powerful elderly superheroes who can kick butt (and still have comedy—albeit of the smarter kind)?

Ironically, in a world that portrays today’s superheroes as perpetually youthful, it was Frank Miller’s “Dark Knight” comic book series—which portrayed Batman as an aging, paunchy, but still potent hero—that revolutionized the comic book industry back in 1986.

That four-issue, limited series single-handedly transformed how the public perceived comics and elevated them from what was originally considered childish entertainment to mature, adult-oriented fare. Maybe the creators of “Supervized” should have taken note of this.