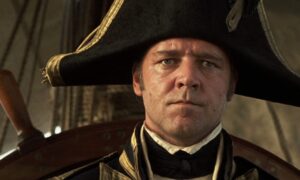 Popcorn and Inspiration: ‘Master and Commander: The Far Side of the World’
0 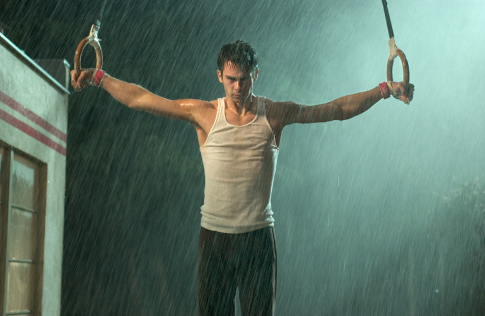 The year 2006 was certainly an interesting one for movies. The multiplexes were filled with filmgoers eager for cinematic escapism. Movies like “Casino Royale,” “X-Men: The Last Stand,” and “The Hills Have Eyes” were doing just that, thrilling and chilling audiences with violent tales of espionage, superheroes (and villains), and mutated cannibals, respectively. However, besides these big-budgeted displays of sound and fury, other filmmakers were taking a chance on tales with more positive messages.

Director Victor Salva teamed up with screenwriter Kevin Bernhardt and together they adapted a bestselling book by Dan Millman called “Way of the Peaceful Warrior.” The result was a film simply titled “Peaceful Warrior.”

Based on Dan Millman’s early life (and starring Scott Mechlowicz as the lead), young and cocky Dan is a gifted gymnast from a well-to-do family. He has plenty of friends and girls eager for his attention. In other words, it would appear that he has it all.

However, although things seem to be going just dandy for Dan, he has a nagging feeling that something is missing. It’s an unsettling feeling that makes him question his very existence. He also has a disturbing nightmare where he’s attempting a high-risk maneuver on the parallel bars, falls off, and breaks his leg in multiple places.

After one such nightmare, Dan awakes and decides to go on a nocturnal run in order to release some of his pent-up anxiety. During his jog, he comes across a derelict-looking gas station where a middle-aged man in dusty coveralls is working under the hood of a car parked outside.

Dan begins a conversation with the man, whom he dubs “Socrates” (Nick Nolte) because the older man always seems to speak in parables and philosophical riddles. Because Dan has such hubris, Socrates might as well be speaking in an alien language—everything seems to go in one ear and right out of the other.

Later, Dan experiences a horrible motorcycle accident and breaks his leg in multiple places. He is told that, because of the severity of his injury, he’ll never be able to compete as an athlete again. With Dan’s dream world crumbling around him, he slowly begins to warm up to Socrates.

Thus, Socrates becomes somewhat of a mentor and spiritual guide for the young, troubled man. Dan begins a journey of self-discovery and spiritual awareness that puts him on the path of recovery. But with his disability, does he have enough belief in himself to overcome the greatest obstacle that he’s ever faced?

Although this film has a familiar narrative arc, here the lessons are told in an earnest way that piques one’s curiosity. Much of the spiritual wisdom that Socrates dispenses has a universal appeal that just about anybody can comprehend.

Acting-wise, Mechlowicz does a fantastic job of portraying a young, arrogant, hot-shot athlete. He seems to disappear into the role and even made me loathe him (a bit). However, by the end of the film, I was on the edge of my seat, rooting for him. Gravelly-voiced Nolte is likewise perfect in his role as the enigmatic mentor, who never gives up on chipping away at Dan’s inflated ego.

While big movie studios are busy putting out films about families breaking up, senseless and violent rampages, and other unsavory debris, “Peaceful Warrior” is an uncomplicated, uplifting film that should inspire all but the most jaded.