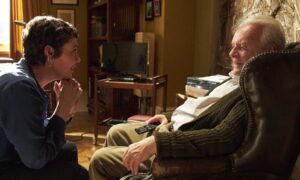 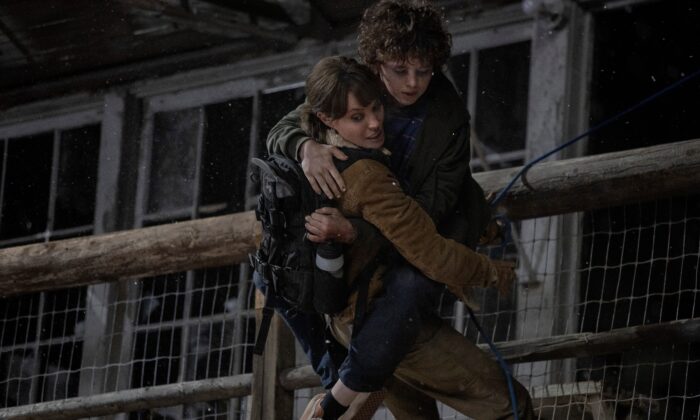 Film Review of ‘Those Who Wish Me Dead’: Director Taylor Sheridan Opts for a New Tone

Of the seven feature films Taylor Sheridan has worked on behind the camera, “Those Who Wish Me Dead” is only the third where he has both written and directed. In some ways, it’s his weakest effort to date but it is also his most audience-friendly. Keep in mind, the word “weakest” here is highly relative. What might be “weak” for Sheridan would equate to excellent or unattainable for 98 percent of all other writer/directors.

Working within the same “neo-Western” micro-genre as “Wind River,” “Hell or High Water,” and the impossibly-addictive Paramount series “Yellowstone,” Sheridan is an anomaly among filmmakers. He hasn’t exactly reinvented the wheel, yet every movie or TV episode he writes (especially the two “Sicario” flicks) is instantly recognizable as a Sheridan project. His stamp and style are beyond unique. He’s come a long way since playing the straight-arrow, stiff-shirt law-enforcement officer in “Sons of Anarchy.”

A master of understatement, Sheridan only employs enough dialogue to rope audiences in, thus forcing them (in a good way) to pay complete attention. His movies aren’t for the casual viewer or those with weak stomachs. Violence and profanity are integral components to all of his screenplays, but never to the point of exploitation or overkill. Everything contained in his scripts is there for a reason.

In keeping with his unforced style, Sheridan takes nearly half of the 100 minute running time introducing the two leads before they eventually cross paths. Hannah (Angelina Jolie) is a Montana forest ranger and fire jumper still haunted by the memory of a failed rescue for which she takes too much personal blame. A possible failed romance with another character doesn’t help matters and she finally realizes that some reflection might be in order. To that end, she’s assigned to a remote fire tower.

During this same time in Florida, forensic accountant Owen (Jake Weber) surmises that the murder of a local district attorney he sees on the news also puts him in danger. Acting without hesitation, he quickly hits the road with his young son Connor (Finn Little) in tow. It doesn’t take long for stone-cold assassins Jack (Aidan Gillen) and Patrick (Nicholas Hoult) to figure out where Owen is headed and actually arrive at the destination before him.

It is during this opening salvo in which Sheridan, along with co-writers Charles Leavitt and Michael Koryta (adapting the latter’s novel), present us with highly interesting characters that are far from typical stock expectations. Although it is obvious the assassins have previous black ops training, the writers don’t feel the need to be specific regarding their backgrounds; their actions do all of the talking.

The same goes for why Owen and the District attorney were targeted—the reason doesn’t really matter. A single-scene cameo featuring Tyler Perry is more ominous because we don’t know who or what entity he represents. This portion of the movie is shorthand storytelling at its most economic and intelligent.

The final half-hour of the movie suffers significantly from its reliance on rote and overly-familiar action and adventure conventions, although the chemistry between Jolie and Little is instant and only grows stronger as the story heads towards its conclusion.

A veteran of action productions (“Tomb Raider,” “Salt,” and the criminally-underrated “Wanted”), Jolie handles the physical demands of her role almost too well. Through no fault of Jolie, the screenwriters place the Hannah character in a handful of precarious situations which, outside the world of Hollywood make-believe, would certainly be fatal. It stretches the bounds of believability just beyond the breaking point.

Depending on what you’re looking for from the film, the special effects— almost all of them involving fire in some form or fashion—are a tad overdone. For straight-ahead action fan— especially those who are also Jolie loyalists—this will likely be a huge plus. These same viewers, if unfamiliar with Sheridan’s relatively artsy resume, might find the second half of the movie to be better than the first.

Without giving anything whatsoever away, the ending is a marked departure in tone for Sheridan, who usually concludes his movies either on a downbeat note or inconclusively open-ended. This might throw his dedicated fan base for a minor loop or even cause some to label the film as a creative sell-out. Given that this is Sheridan’s first directorial feature distributed by a major studio, he could have been pressured to wrap it up with a bow instead of a dagger. It wouldn’t be the first time a filmmaker had to alter their vision for the sake of commercial viability.

Sheridan’s issue—if one could indeed refer to it as an “issue”—is the high bar he has set for himself over the past five years. When one consistently creates unflinching, raw, and uncompromising art right out of the gate, the arrival of something less visceral which is designed to appeal to a wider audience might be a step backwards. Most movie business people would consider this to be a good problem to have.

“Those Who Wish Me Dead” is now playing in theaters and on HBO Max.