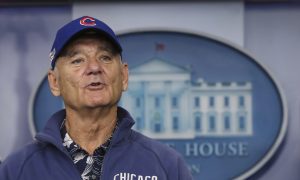 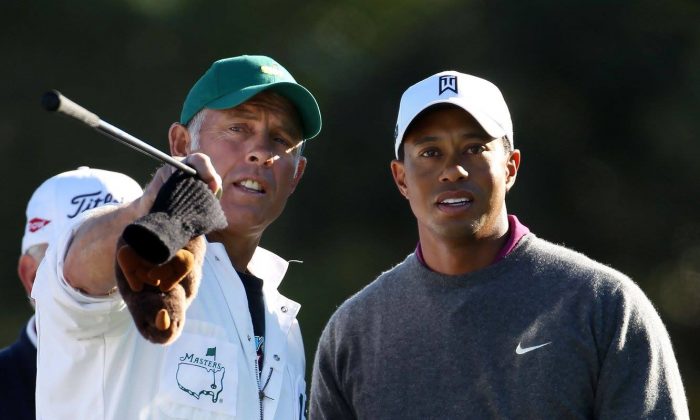 An endearing and informative golf documentary
By Ian Kane

Like many folks out there, I’m not even close to being a lifelong golfer—a few rounds of miniature golf doesn’t quite cut it. So I didn’t really know what to expect going in to see director Jason Baffa’s new film about golf, titled “Loopers: The Caddie’s Long Walk.”

Baffa courted comedian Bill Murray for months, in an effort to coax the famous entertainer into narrating the film. Murray finally capitulated, and as a result, audiences are treated to some of the most even-handed—almost meditative—narration I’ve ever had the pleasure of listening to in a documentary.

Murray’s presence in the film means that those who aren’t within golfing circles might take a chance on watching the film. After all, he was in the most famous movie about caddie-ship: the 1980s’ “Caddyshack.” He also worked as a caddie during his teens.

The film opens with a scene from the famous Irish golfing locale known as the Ballybunion Golf Club. There, a gutsy-looking Irish caddie is dragging his player through gusty winds and up a steep mound. Murray’s voice hums with warmth in the background: “To acquire a caddie is to have an ally in the battle against the elements, the golf course, and life itself.”

Indeed, Murray explains how his experience as a caddie meant as much to jump-starting his success as his appearing on “Saturday Night Live” or in any of his first film roles.

However, this film isn’t about Bill Murray. In fact, he is only seen in a handful of brief interview clips. Instead, the documentary takes a serious, dignified tone, detailing how venerable a sport golf now is and explaining its humble beginnings.

An oddly rendered animated sequence takes a swing through history (pun intended) and details how golf emerged out of 15th-century Scotland.

It had been banned several times by King James II, partly because he wanted compulsory military service for the many youths who played golf, and partially because most folks back then considered it a nuisance. Kids would play the game in the streets, which endangered others.

Curiously, the first named golfer was King James IV, at the turn of the 17th century, signaling a shift in the game’s acceptance over time.

The caddying profession didn’t take shape until the 1700s. Referred to as “loopers” or “ball-hawks,” caddies performed their duties in support of their individual players—carrying their bags, giving advice, and so on—while pulling double duty as tour guides when they weren’t on the golf course. In fact, the caddies of old offered a veritable plethora of knowledge when it came to leisure activities and could, and often would, guide their players toward the best eateries and bars in town, as well as to more illicit dalliances.

Golf didn’t really become an official sporting pursuit or career field until the late 1800s, when Scotsman Thomas Mitchell Morris (referred to affectionately as “Old Tom Morris”) popularized the sport. Not only did he legitimize golf, but he also became the world’s first-ever caddie master.

As Murray’s voice purrs along, we learn how golf was eventually adopted by Americans and learn that caddying positions in the United States were originally held by black men. As time went on and more money began to flow into the sport, caddying increasingly became a white man’s affair.

Who’s Who in Golf

We’re treated to a bevy of interviews with World Golf Hall of Famers such as Tom Watson, Ben Crenshaw, Sir Nick Faldo, and Curtis Strange. But more to the point of the film, we get to hear from professional caddies, including Carl Jackson (Crenshaw), Steve Williams (former caddie to Tiger Woods), Pete Bender, and many others.

Several little-known stories are also revealed, such as one about Mike Kiely, who over his half-century caddie career at the historic Canterbury Golf Club near Cleveland, helped to steer many a caddie to successful lives in the sport, and beyond.

We also learn of Greg Puga, a native of East Los Angeles who got a big break to caddie at Los Angeles’s prestigious Bel-Air Country Club. After qualifying to play as an amateur there, he went on to gain national prominence by winning the U.S. Mid-Amateur Championship at The Homestead in Virginia in 2000.

“Loopers: The Caddie’s Long Walk” was shot at many of the iconic golfing locales, such as The Old Course at St. Andrews in Scotland, the Augusta National Golf Club in Georgia, and Pebble Beach Golf Links in California. The cinematography is expertly handled so that you really get a sense of the surreal splendor and beauty of these places.

Toward the end of the film, Murray encapsulates the symbiotic relationship that both the caddie and player have: It’s neither the caddie’s guidance nor the player’s performance that matters the most, but rather a combination of the two, fostered through mutual respect and teamwork.