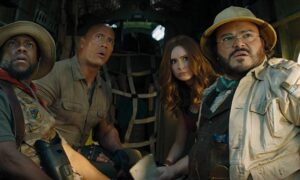 Film Review: ‘Jumanji: The Next Level’: Another adventure through the virtual lands of Jumanji
0 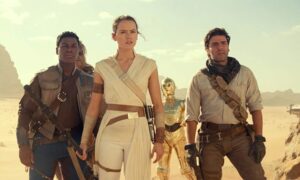 Film Review: ‘Star Wars: The Rise of Skywalker’: A Neutered Conclusion to a Once-Great Franchise
0 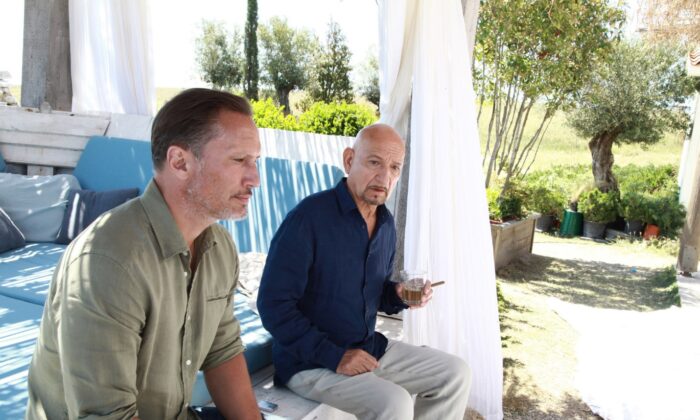 Benno Fürmann (L) and Ben Kingsley  in “Intrigo: Death of an Author,” filmed in a lush location. (Lionsgate)
Film Reviews

Film Review: ‘Intrigo: Death of an Author’ Plays Cat-and-Mouse With Its Own Plotline

Cat-and-mouse films are some of the hardest types of stories to pull off. That’s because their success usually requires a couple of elements: intrigue and subtlety. If audiences are intrigued enough by a film’s premise and if the narrative unfurls with a certain degree of subtlety, then the film usually keeps viewers immersed enough to keep them guessing until the end.

Directed by Daniel Alfredson, “Intrigo: Death of an Author” is the first in a book-to-film trilogy known as the “Intrigo” series. The books were originally written by fellow Swede, author, and teacher Hakan Nesser.

Interestingly, Alfredson also directed two of the three films in the cartoonishly misandristic carnival known as the “Millennium” trilogy, specifically “The Girl Who Played with Fire” and “The Girl Who Kicked the Hornet’s Nest” (both 2009 productions). Subtle would be the opposite of how one would describe those films.

“Intrigo: Death of an Author” certainly starts off in an intriguing fashion. The main character of the story is David (Benno Fürmann, “Joyeux Noel”), a professional translator who also happens to be an aspiring novelist. We are introduced to David while he is on vacation with his wife, Eva (Tuva Novotny, “A War,” “Annihilation”). Eva ruins their little getaway by revealing that she’s been impregnated by her therapist and is going to leave David. From there, David begins to plot her demise.

A few years later and we find David meeting with the famous author Alex Henderson (played to the hilt by an always game Ben Kingsley), who has apparently agreed to lend his advice to David as a favor.

This setup is pretty decently executed. David relates his story to Alex as the two perch on the sundeck of the latter’s gorgeous villa in the Greek Isles, and you really get the sense that there may be a slow-burn build in store—one that could lead to an dramatic crescendo. However, the film never manages to deliver on this promise.

The problem, or part of it, is due to the story’s being told in a needlessly disjointed and convoluted manner; you can see the main plot points from a mile away. Many of the scenes are foreshadowed from multiple angles by all-too-obvious narration as David reads chapters of his novel to Alex. In other words, there’s not a lot of subtlety here.

In addition, Fürmann’s acting comes off as stiff, with somewhat labored lines. These unfortunate factors are magnified whenever he’s in the presence of Kingsley, who chews through scene after scene despite having a smaller role. And it might not entirely be Fürmann’s fault for being vastly outmatched; Kingsley routinely steals the scenes of whatever production he finds himself in.

The little bits of joy to be gleaned from this film mainly come from Kingsley doing his thing on-screen, as well as the film’s sumptuously exotic locales shot beautifully by Oscar-nominated Polish cinematographer Pawel Edelman (“The Pianist”).

Unfortunately, when the filmmakers attempt to be clever by bouncing back and forth between supposed reality and fiction, everything is tortuously perplexing. The story becomes stranded too far from its origins and then depends on the audience to fill in gaping plot holes. And, without a sense of cohesion, the film’s confusing script begins to sag and collapse under its own soggy weight.

In the end, “Intrigo: Death of an Author” is technically a well-shot film, but it fails to translate its murky, cat-and-mouse tale with the aplomb that you’d expect from such a seasoned group of filmmakers.

Hopefully, the two coming films based on Nesser’s novels will make a better, more cohesive transference onto the silver screen.