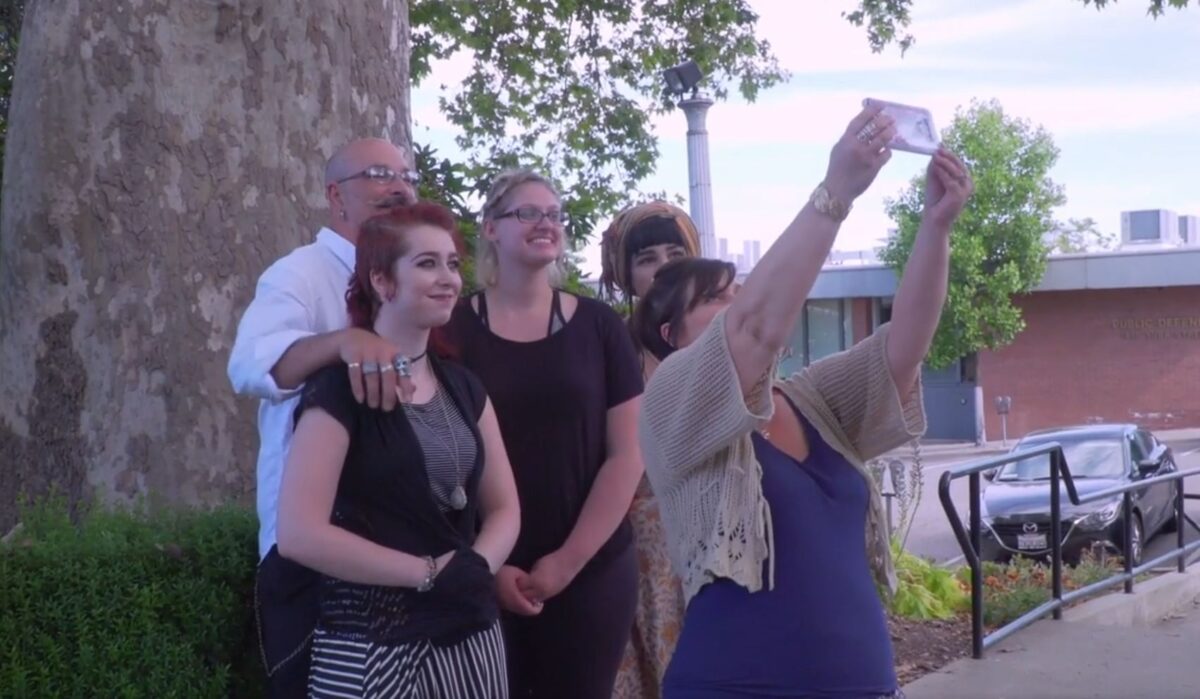 Great documentaries can sometimes serve as guideposts for social, legal, and political change. Director Ginger Gentile’s 2020 documentary piece, “Erasing Family” is one such film that could very well change the world—granted it receives enough exposure.

This documentary is an eye-opening expose that covers the systemic problems associated with the family court systems, particularly in the Western world. It reveals that over 25 million loving parents are removed or “erased” from the lives of their children and why various groups, departments, and organizations want to keep families fractured.

The film follows the lives of several families in their efforts to navigate the family court system in order to accomplish their various aims. Perhaps the most powerful story revolves around 23-year-old Ashlynn and her father, “Dizzy.”

Ashlynn’s mother hated her father so intensely after their divorce that she manufactured various lies about him to paint him as a terrible and dangerous person. A punitive divorce settlement erased Dizzy from Ashlynn’s life. But through Ashlynn’s own investigations into court documents and other information, she discovered that the all-too-common caricature of her father as a “deadbeat” just wasn’t adding up. Unfortunately, Ashlynn’s mother and step-father had manipulated Dizzy into signing away his rights and allowing for adoption by the step-father.

Like many kids and parents from fractured families, Ashlynn and Dizzy have been on a healing journey together that ultimately takes them back into the court system, but this time on their terms. Their story is one of hope and positive change that should resonate with any of the millions of folks out there whose lives have been impacted by the failed family court system.

Another incredible story deals with a man named Walter Scott, who was hounded by the child support system so frantically that he was imprisoned on multiple occasions, even though he was a loving parent who tried his best to keep up on payments. This constant badgering culminated in Scott running from cops at a traffic stop out of sheer fear and then being murdered by South Carolina police officer Michael Slager. Scott was unarmed at the time and the tragic incident sparked national outrage.

Indeed, family courts, often adversarial and punitive in nature, play a crucial role in what I call the “Family Court Industrial Complex,” which involves mass incarceration (usually of men). Any attempts at reforming this broken legal system are constantly stymied by the American Bar Association, state-funded departments (such as enforcement agencies and “human” services), family law offices, and various “special interest” groups.

The incentivization of keeping families broken up is at the core of this systemic problem. After all, the separation of families is a massive windfall to the tune of $25 billion annually. In other words, fractured families is big, billion-dollar business, so none of the aforementioned parties want anything to change. To them, money trumps all, even if the unfortunate byproducts of increased crime, mental health issues, substance abuse, suicides (the male suicide epidemic is another oft-ignored issue), etc. are downstream problems that will only increase with time, the more they are ignored.

Although this film contains some tragic tales and circumstances, it also provides some rays of hope. For instance, Baltimore County’s family court system has high-quality on-site meditation services that allow for 67 percent of high-conflict family cases to get resolved. Those services alone save both families and taxpayers tons of money. However, the reforms made by Baltimore County haven’t as yet been tried on a wider scale.

“Erasing Family” is a powerful expose of the ongoing war on the American family. Finally, the world can have access to a fact-based, objective, non-sensational source that details the ever-fracturing American family, and what can be done about it.