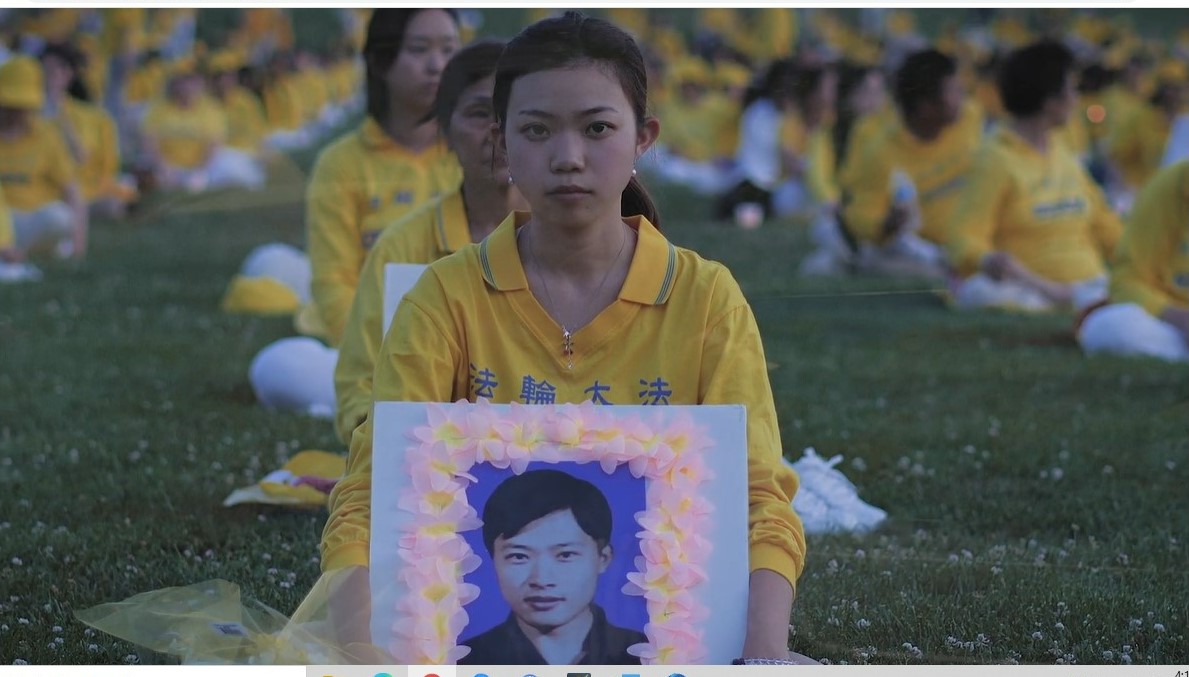 A Falun Gong practitioner holding a photo of her father, who was killed during the persecution of Falun Gong by the Chinese Communist regime. (Magnason Film)
Film & TV

With all of the hubbub and fanfare surrounding the 2022 Winter Olympics in Beijing, one peculiar and unnerving aspect of the event is quite obvious: There’s a total lack of coverage by the corporate legacy media on China’s human rights abuses. “Transplant tourism,” the practice of people seeking organ transplants that are forcibly extracted from unwilling “donors,” is more or less completely ignored and swept under the carpet.

Directed by Mathias Magnason and hosted and narrated by singer-songwriter James H. White, a new documentary titled “Canaries in a Cold War” blows the lid clean off of the evil institution of forced organ harvesting. The main victims of this crime have been peaceful Falun Gong practitioners.

The current Chinese regime, a communist regime (the Chinese Communist Party, aka CCP), took control in 1949. Over the years, the CCP has cracked down on all religions within its borders. In other words, the state has replaced religion and rules with an iron fist. Any “nails” brave enough to stand up are quickly hammered down.

The CCP operates on a strict Marxist-Leninist premise. It’s a one-party system with no elections and zero freedoms. Any religions or sociopolitical movements are viewed as competitors of the CCP’s absolute rule and therefore either quashed before they can gain a foothold or agree to abide by CCP rule.

Jiang Zemin, the Chinese leader, reached full power just as Falun Gong began spreading quickly. This was unfortunate for the practice, because Jiang felt threatened by the popularity of Falun Gong.

Sara Cook, the China Research Director at Freedom House (a prominent human rights organization) reveals that, at its peak in the late 1990s, there were 70 million Falun Gong practitioners in China, which was more than the total number of members within the Party.

Therefore, Jiang made an example out of the practice by swiftly moving to crush it. In the hierarchal system of communism, those who deftly carry out political persecution of people deemed “enemies of the state” with gusto will move up the ladder of power.

White interviews three sisters who escaped from China after being imprisoned for practicing Falun Gong. Chunmei Ma, the eldest sister, began practicing Falun Gong in 1997 after learning it from her two younger sisters: Chunling, the middle sister, and Chunxia, the youngest.

Within two months of practicing this gentle, spiritual practice, Chumei says she was cured of both a spinal injury and bronchitis that she’d been suffering from for 25 years. Chunling was the first of the three sisters to begin practicing and reports being cured of hepatitis and vertigo. And Chunxia gravitated to the core tenets of Falun Gong: truthfulness, compassion, and tolerance, ideals that were part of China’s ancient culture long before the Middle Kingdom was infested by communism.

James himself says that he was introduced to Falun Gong in the year 2000 when he was “neck deep in drug and alcohol addiction.” He immersed himself in the practice and got sober. Not only that, but he became so inspired that he returned to college and graduated on the dean’s list. He adds that Falun Gong fundamentally changed his life for the better.

Before the persecution of Falun Gong practitioners began, the highest levels of the CCP admitted that the practice led to an abundance of health benefits.

Some of the torture techniques employed by the prison staff include being hung up by the arms with the feet dangling for hours, or being strapped down to a “Deadman’s Bed,” which entails having a prisoner’s wrists and ankles tied up while lying on a table, and having the body stretched out for hours. Other torture methods include being “rat-packed”—swarmed by multiple prison personnel and beaten down—as well as shocked by metal batons to the extent that the stench of burned flesh lingers in the air.

There are other tortures that I could reveal but, suffice it to say,  some of the evil things visited upon the prisoners are unspeakable.

The family was well aware of what could happen after arrest. The sisters recount when the police visited their parents’ home to arrest one of the sisters. Their mother walked to the front of the police vehicle and lay down. She said that if they tried to take any of her daughters away, they’d have to kill her first. The police removed the mother away from the vehicle and made the arrest.

Soon, something even more disquieting began to happen: Prison staff began to forcibly extract blood from those arrested. Full vials or more were taken from people, and then some of those people would suddenly disappear. Medically, at least a full vial of blood is required for organ matching purposes. Conveniently, military hospitals are staffed by highly trained medical personnel and are right next to prison camps in China.

These blood-soaked institutions are centers for organ harvesting. When “tourists” arrive to have an organ replaced, their medical data is matched with that of a “donor,” whose organ is forcibly removed. Like smothering the flame of a candle, the process snuffs out the life of the unwilling donor. The industrial scale of these nefarious operations is massive, with possibly millions of victims.

The above-mentioned kinds of suffering are endured by Falun Gong practitioners to this day, with hardly any coverage of it by Western mainstream media. This begs the question: Since certain forces in the West are considering (and already adopting) many Chinese systems such as the social credit score, how many of the CCP’s tactics will come to U.S. shores? As White ominously declares near the end of the documentary, “Now the threat is here, knocking.”

“Canaries in a Cold War” is a must-see exposé of the atrocities that are being committed every single day in China by the CCP. It’s well-paced, thoroughly researched, and shows not only the horrors of forcible organ harvesting but also what is being done about it.