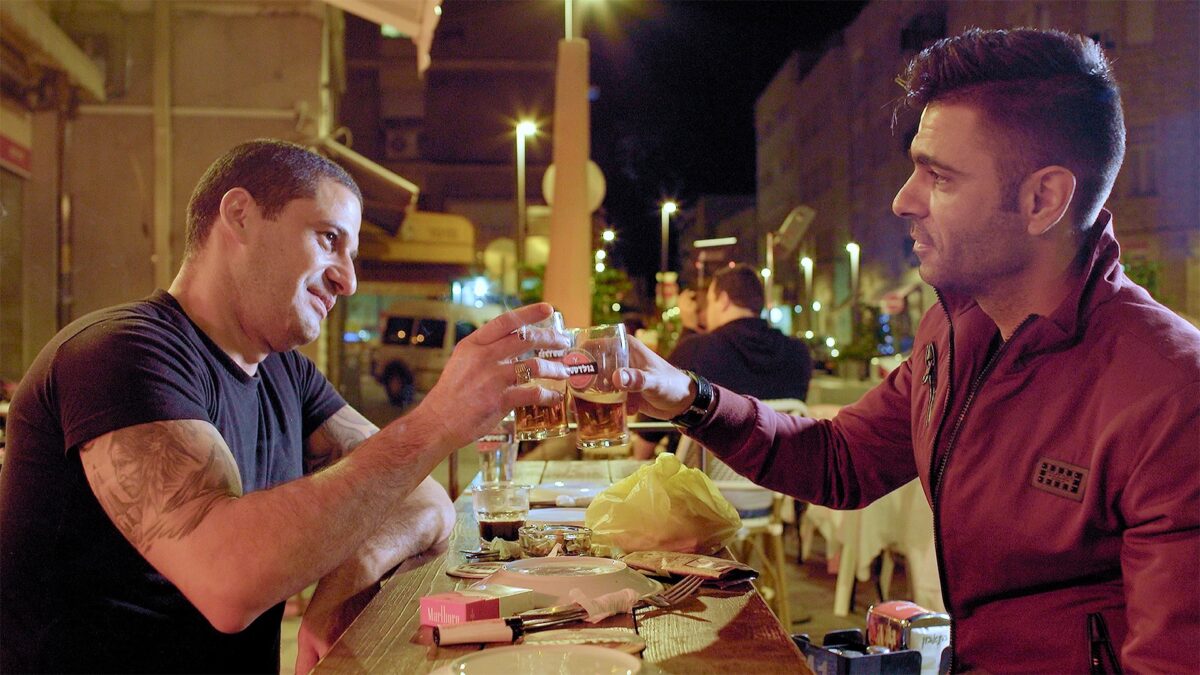 Before the opening credits start in first-time feature director Beth Elise Hawk’s new documentary “Breaking Bread,” this quote appears in white print on a black title card: “Food may not be the answer to world peace…but it’s a start.” —Anthony Bourdain.

This doesn’t tell the audience everything that’s soon to come, but it certainly indicates the intent and tone. Rather than just another exploration into a particular regional cuisine, Hawk—much like Bourdain in many of his global excursions—is equally as interested in the people creating often centuries-old recipes as she is in the finished dishes.

Started by a Unique ‘MasterChef’ Champion

In the last half on the 2010s, Dr. Nof Atamna-Ismaeel began the “A-Sham” food festival based in Haifa, one of Israel’s more cosmopolitan and ethnically diverse cities. The first Arab to win the Israeli MasterChef competition, Atamna-Ismaeel, had connected with numerous chefs from countries that make up “The Levant” (Israel, Lebanon, Syria, Jordan, Palestine, and a significant portion of Turkey). A Palestinian woman with Arabic roots who grew up in Israel, Atamma-Ismaeel is proud of her shared heritages and fashions the festival with a similar mindset.

Over the three-day event, 70 chefs pair up in 35 restaurants across the city. In the film, three chefs from Israel are paired with three others from Arabic nations (or backgrounds) to swap ideas while discovering each other’s traditions with the enthusiastic curiosity of young children. No one involved is remotely interested in discussing politics or religion and seem far more interested in finding their commonalities. It’s not what you might expect when integrating people from different countries that have been at war in various forms for over 6,000 years.

No Ego Getting in the Way

Seasoned foodies will recognize most or all of the on-screen paired chefs: Shlomi Meir and Ali Khattib, Ilan Ferron and Tomer Abergel, and Salah Cordi and Osama Dalal. While each has their own unique style and signature creations, their egos (for this endeavor at least) are non-existent. All of them are keen to discover and learn from each other, which will only further hone their own skills.

Likely because of time considerations, the deep backgrounds of only two of the chefs are discussed at length: Meir and Khattib. Meir runs the Eastern European-based Maayan Habira, a Haifa restaurant founded by his Holocaust-survivor grandfather 60 years ago. Khattib hails from Ghajar, a geographically divided city located in both Lebanon and the Israeli-occupied region of the Golan Heights.

It would be impossible to go into detail of every bit of Levantine cuisine in 88 minutes, yet Hawk is sure to include some of many 2019 festival’s standouts.

Not to be confused with similar dishes associated with the nearby en vogue Mediterranean region, the “Levantine” puts the emphasis on “meze”—the eastern version of “small plates” including the salad “tabbouleh.” In what is as close to a conflict to be found in the entire film, both Arabs and Jews claim creation of the dish which consists of tomato, cucumber, red onion, lemon, garlic, parsley, bulgur, and olive oil. These “arguments” are never hostile, more like more competitive boasting and light-hearted ribbing.

The Lebanese “Shish Barak” is lamb dumplings served with a yogurt-based sauce. “Qatayef” is an Arabic pastry filled with nuts and cream, the dish which marks the breaking of the fast at the end of Ramadan. “Kofta” is a Hungarian ground lamb kebab and the seafood entrée “Samak Bil Fern”—a whole fish baked in a tahini and lemon-based Wellington-type crust.

Showing up in well over half of the recipes in some form is hummus, a paste made from garbanzo beans (also known as chickpeas). Hummus is used here as a pastry shell for various meat and bean pies, a dip base, and (in ground powder form) the basis for the deep-fried “falafel” which is to this region what french fries are to the United States.

In noticeable short supply are dishes prepared with beef or poultry and, in their stead, are pork and shellfish. This might come as something of a surprise to many viewers, as pork and shellfish are ingredients strictly prohibited by a great deal of dietary-observant Arabs and Jews.

Joining Hawk in their first feature production are cinematographer Ofer Ben Yehuda and composer Omar El-Deeb whose respective contributions become invaluable facets to the look and sound of “Breaking Bread.” With his brilliant close-ups and frequent slow motion, Yehuda’s work is particularly enticing.

Due to the ongoing COVID-19 situation, the most recent A-Sham festival in 2019 was the last to date. It would be a shame if it didn’t resume in the years to come, as it is one of the most unique events of its kind on the planet. The festival and this film are proof that it is possible to gather together so many creative people with such varied political, religious, and cultural differences and have them put it all aside for a common, uniting goal. Don’t dare watch it on an empty stomach.

Presented in English with Hebrew subtitles.