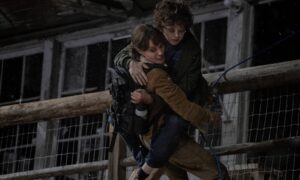 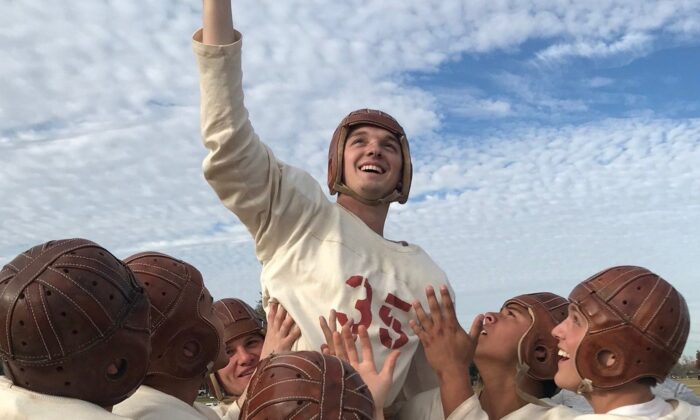 Film Review: ‘12 Mighty Orphans’: A Period-Piece Football Flick With a Lot of Heart

In the space of 100 years or so, there have been over 200 feature and made-for-TV movies released that have a connection to American football. The majority of these films are, for the most part, forgettable. Some notable exceptions include “The Longest Yard” (1974), “Heaven Can Wait” (1978), “Rudy” (1993), “Remember the Titans” (2000), “Friday Night Lights” (2004), and “Undefeated” which won the Academy Award for Best Documentary feature in 2011.

The biggest problem with most football movies is the lack of actual football content. The game itself is often regulated to secondary status or used as a metaphor—think “The Blind Side” (2009), “Concussion” (2015), and the thoroughly putrid Adam Sandler faux-comedy “The Waterboy” (1998).

Captures the Original Spirit of the Game

If judged solely on football content, originality, storytelling acumen, and a human interest level, “12 Mighty Orphans” would qualify as one of the best football movies ever made. The big problem—and one that prohibits the film from achieving true greatness—is the addition of a totally useless, sore-thumb subplot that drags it down to “just OK” status. More on that in a bit.

Based on a book with the long-winded title “Twelve Mighty Orphans: The Inspiring True Story of the Mighty Mites Who Ruled Texas Football” by colorful writer Jim Dent (a guy whose own life story would make for a movie tragedy), director Ty Roberts’s film is rich with sepia tones and more than captures its dust-bowl, Great Depression setting.

The closest the movie comes to having a lead character is Rusty Russell (Luke Wilson), a soft-spoken coach who accepted an invitation to assemble a football team in 1927 at the Masonic Home in what is now Ft. Worth, Texas. Having worked at high schools the previous five years, Russell took the job without perhaps knowing what he was getting into, yet it would prove to be the ultimate challenge for any coach. He was charged with putting together a team made up of orphans that lacked discipline or even a working knowledge of football itself.

Moving with his wife, Juanita (Vinessa Shaw), and child into a rundown part of the school, Russell eventually patched together something resembling a cohesive unit worthy of competing with the local high school teams. It’s worth noting that most of the players on his team had no reasonable expectations of ever being adopted and came with more than a little rambunctious attitude.

Russell was aided in his mission courtesy of Doc Hall (Martin Sheen), a heavy drinker who may or may not have been an actual doctor, but brought with him wry wisdom and checked enthusiasm and also operated as the team trainer. On paper, the pairing of Wilson and Sheen in their respective roles doesn’t sound appealing, yet the former’s stoic demeanor and the latter’s exuberance make for a winning combo.

The biggest challenge for Roberts and his two co-writers Lane Garrison and Kevin Meyer was in providing the titular characters unique and distinct personalities—and to their credit, they didn’t even try. Instead, the filmmakers chose to place the bulk of their attention on Hardy Brown (Jake Austin Walker), a bulldog type without fear who eventually went on to play in college and the NFL.

Blessed with matinee-idol looks and James Dean-level menace, Walker—also a musician off screen—lends the production a marked level of much needed scrappy underdog tenaciousness.

What’s hard to fathom is the inclusion of Wayne Knight as Frank Wynn, the headmaster of the orphanage, who takes an immediate distrust and dislike of Russell, a man whom he has just hired. Taking on the same abrasive personality of his Newman character in “Seinfeld,” Knight does a decent job playing someone whose sadistic temperament and actions are thoroughly out of place in an otherwise inspirational film. In one particularly troubling scene, Frank is shown spanking players with a paddle without any apparent reason.

It’s commonplace for “based-on-true-story” films to feature fictional characters while excluding real-life figures. Whether part of history or not, the loathsome, creepy, and unneeded Frank character is at odds with everything else positive going on in “12 Mighty Orphans.” This is a simple, uplifting story that could have been great, but it will likely fall into “forgettable” status because of a misplaced desire to provide coarse dramatic friction where none was warranted.