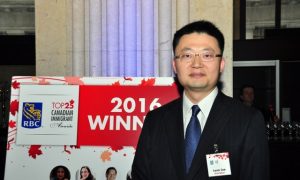 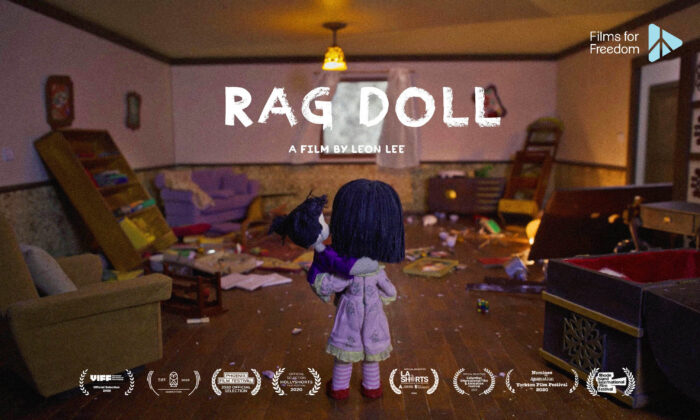 Yingying finds her home ransacked after her mother was abducted by Chinese police, in the short film "Rag Doll." (Flying Cloud Productions)
Canada

The story of a little girl who is determined to use the magic of art to bring her mother back to life after she was killed for her faith in communist China, swept the animation category at the 2021 Leo Awards, which recognize excellence in British Columbia’s film and television industry.

Four years in the making, the film tells the story of Yingying, a 5-year-old girl whose mother was killed in the CCP’s long-running persecution campaign against Falun Dafa adherents, leaving her alone on the streets of Northern China, using and creating art, one of the gifts her mother left her, to survive.

The harrowing story of Luna Huang is what compelled Lee to create the film. Huang’s mother, Luo Zhixiang, was tortured to death while three months pregnant in 2003 in the brutal persecution of Falun Dafa adherents, launched by the CCP in 1999 and continuing today.

Falun Dafa, also known as Falun Gong, is a traditional Chinese self-improvement discipline that consists of five meditative exercises along with moral teachings centred on the principles of truthfulness, compassion and tolerance. Then-CCP head Jiang Zemin ordered for the eradication of the practice after the number of its adherents surpassed the membership of the Party, claiming it was “a threat to the country’s stability.”

While Huang lived with her grandparents, her father, who had previously been imprisoned for practising Falun Dafa, fled to Thailand. His daughter joined him there a year later. However, they were both detained and almost deported back to China by Thai authorities for participating in a peaceful protest in front of the Chinese Consulate. Luckily for them, the New Zealand government issued special visas and they were able to move to Auckland. That was in 2006, when Huang was only 4 years old.

Lee said he wanted to bring to viewers the rarely seen, real-life atrocity of what the children of Falun Gong adherents face in the aftermath of the persecution, when their parents are imprisoned and their children left alone or orphaned.

“I wanted to open people’s eyes to what’s happening to children like Luna in a way that transcends language, culture and age,” Lee said on the Films for Freedom website. “That’s why I wrote Rag Doll without dialogue and set it in a world of stop-motion animation. It’s almost like viewers are inside a child’s imagination, which is a magical place full of hope that everyone on earth can relate to.”

He said he hopes that the film, made with Academy Award-winner Martin Meunier and veteran animator Richard Kent Burton, can also remind people that hope, imagination, and determination are more powerful than police batons or state-sponsored violence.

“’Rag Doll’ is a heart-wrenching story that represents the cold truth faced by many children in China. I feel a deep sense of kinship with the main character because we both lost someone so important and irreplaceable, our mothers, to the gruesome persecution,” she said.

“I want to tell those children like me without parents in China to endure a little longer and be a good person. I also hope that the policemen in China would stop persecuting Falun Gong practitioners. Don’t make more children suffer the loss of a mother.”

Lee said in his acceptance speech that the children of Falun Dafa practitioners are also subjected to forced labour.

“The film is called ‘Rag Doll’ because a well known brand of doll from Italy was actually made in a Chinese labour camp by children whose parents were persecuted. So I hope you have a chance to watch the film at ragdollfilm.com and help to shed the light on their plight.”