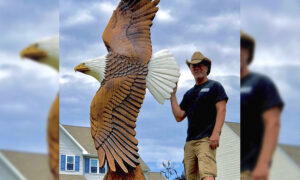 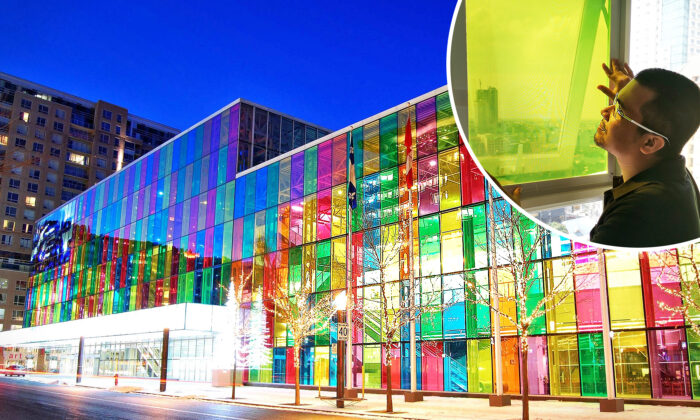 Every year, students compete to win the James Dyson Sustainability Award. The contest has produced remarkable, innovative inventions, from bionic hands to the O-Wind turbine and single-use plastic alternatives.

This year, a Filipino engineering student has caught international attention for his ingenious method of turning food waste into eye-catching decorative solar panels.

The award was given for his AuREUS system that turns waste crops into cladding, or layers of one material over another—his colorful solar panels are layered decoratively over the windows of buildings—which generates clean energy from UV light.

This technology upgrade makes it possible for the AuREUS panels to collect UV light, even on a cloudy day.

Even better, the production of these innovative panels is completely sustainable.

“We upcycle the crops of the farmers that were hit by natural disasters such as typhoons,” Maigue said. “By doing this, we can be both future-looking and solve the problems that we are currently experiencing now.”

It may seem obvious that Maigue’s project is both unique and remarkable, but the young man was humbled by the award. He said it took him a few days to process that he was the winner.

“I was very happy because I know that through this award, I will be able to reach more people,” he added. “This is my second time applying, and through persistence, I managed to win. I’m very, very happy and excited that I have this chance.”

The founder of the award, James Dyson, said that he started the competition to prove that a single person can make all the difference in the world and that Maigue’s invention honors that vision.

“AuREUS is impressive in the way it makes sustainable use of waste crops, but I’m particularly impressed by Carvey’s resolve and determination,” Dyson said in a press statement.

“Having failed to make the national stage of the Award in 2018, he stuck at it and further developed his idea—this will be a very important character trait as he embarks on the long road to commercialization. I wish him every success because, as a farmer, I have always been concerned about covering fertile, food-producing, agricultural land in photovoltaic cells. Carvey’s invention demonstrates a convincing way to create clean energy on existing structures, like windows, within cities.”

The James Dyson Foundation posted an Instagram video announcing that Carvey was the winner of the Sustainability award.

“I’ve always truly believed that young people want to change the world,” Dyson said in the video. “That’s absolutely right. They should do it, they can literally do that.”

“You’re the winner of the Sustainability award,” Dyson said to Maigue, who reacted with an expression of utter shock.