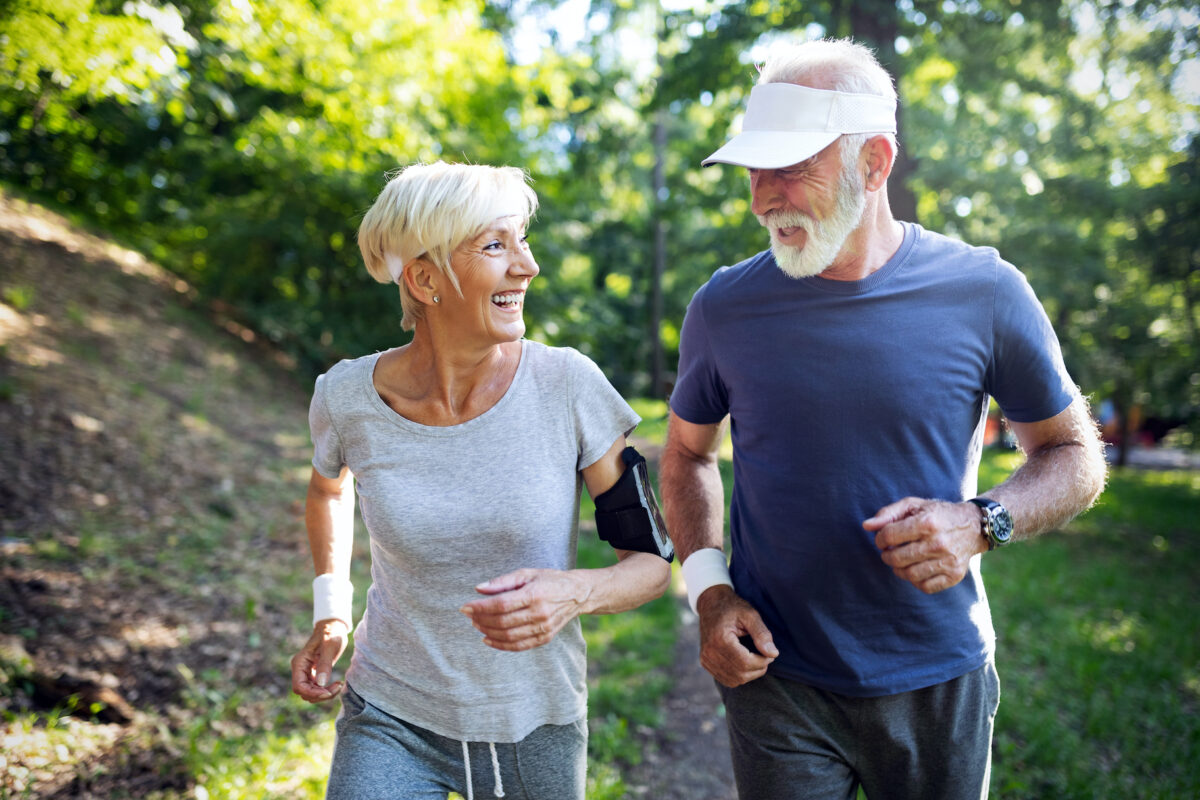 Staying active and fit may be the best way to protect our bones as we age. (NDAB Creativity)
Aging

Fight Off Osteoporosis by Strengthening Your Bones

There is an essential combination of vitamins, minerals and exercise you need to keep growing healthy bones
BY Stephen Sowulewski TIMEJune 29, 2022 PRINT

A strong musculoskeletal system holds you together—literally. It’s important from your formative years to later life. With proper nutrition and consistent exercise, you can stay vital well into your golden years. That’s important, because an ever-larger percent of the American people is over 65 years old.

Just as engineers reinforce a building’s framework to withstand strong winds, the skeletal system can be reinforced with a dose of weight-bearing exercise and specific minerals and vitamins.

According to a systematic review from 2016, osteoporosis is often referred to as the “silent disease,” because diagnosis usually takes place after a person has a fracture. But that finding has also become controversial in recent years, as has the disease itself and its treatment.

A 2015 scientific review published in the Journal of Internal Medicine found that three of the core hypotheses around fractures and how to avoid them are deeply flawed.

The paper, titled “Osteoporosis: The Emperor Has No Clothes,” notes: “Current prevention strategies for low-trauma fractures amongst older persons depend on the notions that fractures are mainly caused by osteoporosis (pathophysiology), that patients at high risk can be identified (screening), and that the risk is amenable to bone-targeted pharmacotherapy (treatment). However, all these three notions can be disputed.”

For instance, the paper notes: “Most fracture patients have fallen, but actually do not have osteoporosis. A high likelihood of falling, in turn, is attributable to an ageing-related decline in physical functioning and general frailty.”

The debate has also brought much-needed attention to the problems of drugs used to treat osteoporosis, which often have side effects worse than the disease itself.

Despite the ongoing debate about osteoporosis, the risks of falling, and how best to treat the disease, we do know that there are things we can do to strengthen bones and improve the quality of life in older age.

Keeping your bones healthy is predicated upon making sure that you obtain the proper micronutrients (vitamins and minerals) in your diet.

Perhaps the most recognizable duo in helping to preserve healthy bones are calcium and vitamin D. Think of these two as a “tag team” because they work in concert with one another.

Vitamin D is the main factor in calcium absorption within the bones, and, as such, manufacturers have sought to market supplements that contain both calcium and vitamin D within the same bottle versus having to buy these supplements separately.

The three major choices for calcium supplements include calcium carbonate, calcium citrate, and calcium phosphate. Calcium carbonate is typically the most cost-effective but must be taken on a full stomach for proper absorption, whereas calcium phosphate tends to be more expensive and can be taken without regard to food. Calcium citrate is usually the most costly but also is the best absorbed.

Irrespective of supplements, calcium is plentiful in dairy products and also found in beans, green vegetables, fruits, and nuts.

Take note if you happen to consume large amounts of caffeine, which can sequester calcium from bones, hinder absorption, and lead to potential bone loss. If you’re concerned about bone health, or drink lots of caffeine, it might be wise to jettison regular coffee or cola for decaf or the caffeine-free varieties, or, better yet, just drink plain water.

Adults generally need 1,000 to 1,200 milligrams of calcium per day based upon the recommended dietary allowance (RDA). Calcium can also be listed as a percentage of RDA on the nutrition label. To find the milligrams, add a zero. For example, 20 percent would be approximately 200 mg.

Aside from the sun’s rays, which allow the body to synthesize vitamin D, the vitamin is limited to certain foods. For example, some options include fatty fish such as salmon, as well as milk, eggs, fortified cereals, and mushrooms. Some people avoid sun exposure, while others use a sunscreen with a higher level of sun protection factor, or SPF, which can decrease levels of vitamin D absorption. Still other people may limit the amount of vitamin D-laden foods eaten, so it might make sense for them to take a supplement.

According to an article in Current Sports Medicine Reports, the vitamin D in supplements is either D2 (ergocalciferol) or D3 (cholecalciferol). Vitamin D3 is the form found in animal foods like fish and eggs and is the preferred choice because of its bioavailability (better absorption), as compared to D2, which is the plant-based form of vitamin D and not as readily absorbed.

Unlike other supplements, vitamin D is measured in international units (IU) and is based on 400 IU. For example, if 8 ounces of milk has 25 percent vitamin D, then it contains 100 IU. About 40 percent of Americans are deficient in this fat-soluble vitamin, according to the National Institutes of Health. Taking in 600 IU of vitamin D per day is suggested for healthy adults, per the Food and Drug Administration.

Like calcium, phosphorus and magnesium fall under the category of “major minerals” that are essential to the body. Phosphorus helps to build bones and teeth. Unfortunately, not all of the minerals play nicely with one another, as the phosphorus in colas can encourage calcium to be excreted through the urine.

Phosphorus is available in high-protein foods such as meat, fish, poultry, eggs, and milk. However, for those who subscribe to a vegetarian or vegan lifestyle, grains, nuts, and legumes can also serve as options. Adults should strive for 700 mg of phosphorus, according to the RDA.

The body uses magnesium to make bone. A study published in the Journal of Osteopathic Medicine found that vitamin D metabolism can be hindered when magnesium levels are low. As a consequence, this may render vitamin D to be mostly inactive in the body. This could result in weakened bones. Foods high in magnesium include legumes, grains, nuts, seeds, leafy greens, and dark chocolate. The RDA for magnesium is 420 mg for men and 320 mg for women.

Like its fat-soluble cousin vitamin D, vitamin K is instrumental in making bone. A report from the Framingham heart study in the Journal of Osteoporosis revealed that adults who consumed the least amount of vitamin K on a daily basis were also likely to have the highest incidence of broken bones. Foods with vitamin K include dark green vegetables, cheese, liver, cereal, and fruits. The RDA recommends that men take at least 120 micrograms and women take 90 mcg daily.

As the old adage goes, “use it or lose it.” Keeping healthy bone integrity is no exception. Like most of our bodies, a certain amount of stress causes bones to grow stronger. Weight-bearing resistance exercise helps to protect bone mass as well as build stronger muscles and help prevent falls.

A study from the journal Healthcare notes that certain areas of the skeleton may be impacted positively by the muscles being engaged during the workout and thus provide a significant increase in bone mineral density—for example, the hip adductor and abductor muscles, which stabilize the hip joint. The key is to allow the body to move against gravity, as in using free weights or weight machines.

First, you should consider the intensity and type of exercise, especially if you’ve already been warned about osteoporosis by your doctor or experience pain. The journal Osteoporosis International suggests that resistance training should encompass all major muscle groups (arms, shoulders, back, chest, and legs) and be undertaken at least two times per week.

Second, balance training should also be incorporated for about 15 minutes per day. This can include activities such as closing the eyes while doing tasks that involve standing or practicing tai chi.

Safeguards should be taken to discourage improper lifting techniques. For example, if certain machines require the twisting and bending of the torso, avoid these and tailor the workout to something else, such as more controlled and slower movements using exercise bands.

Use items that you have around the house, such as canned goods or jugs of milk, to serve as a stand-in for dumbbells.

Regardless of a person being newly diagnosed with osteoporosis or having lived with it for a certain period of time, normal movement can be compromised—especially if the person is restricting their movement due to fear of falling, or if a fall has already taken place.

Age-related slowing of movement plays a pivotal role in the declining health of older adults. Slowing typically begins after age 62 with a marked reduction in how fast a person walks. It can lead to dysfunction, poor mental and physical health, a loss of independence, and a higher risk of death, according to a 2017 study.

A report from the Centers for Disease Control and Prevention found that 27.5 percent of older Americans reported falling in 2018. Falls are a leading cause of injury among the elderly, and some falls result in serious injury. In many cases, recovering from a fall is a significant hardship, according to the World Health Organization.

An article in the journal of Experimental Gerontology provides examples of how to better prevent falls. For example, using “reactive control” helps a person to recover stability through building a better base of support. This could be achieved by catching a moving object while standing.

Another example is the transition from sitting to standing and shifting body weight as far as possible in multiple directions. Educating yourself about fall prevention is important. 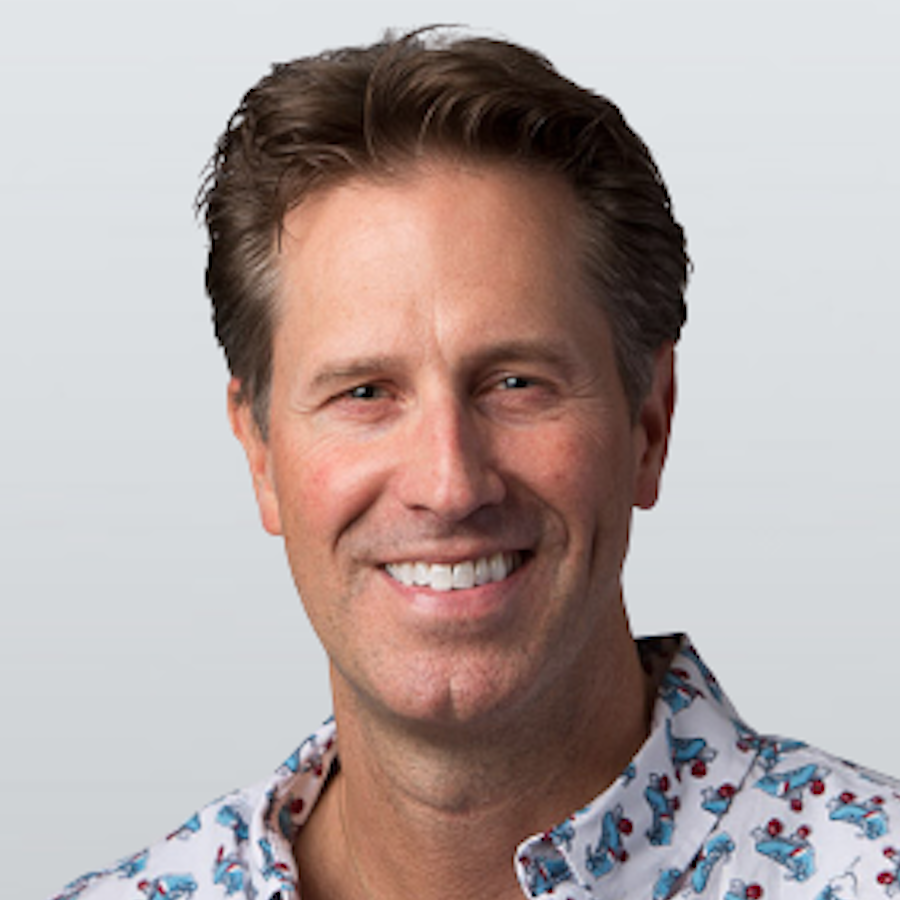 Stephen Sowulewski
Follow
Dr. Stephen Sowulewski is a professor in the School of Health Professions at Reynolds Community College, an adjunct professor in Virginia Commonwealth University’s Honors College and the University of Richmond’s School of Continuing Studies. He also serves on the board of directors at the Men’s Health Network in Washington, D.C.
SHARE
Friends Read FreeCopyFacebookTweet
You May Also Like