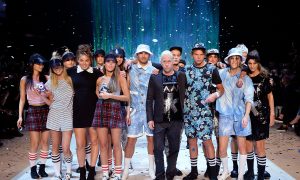 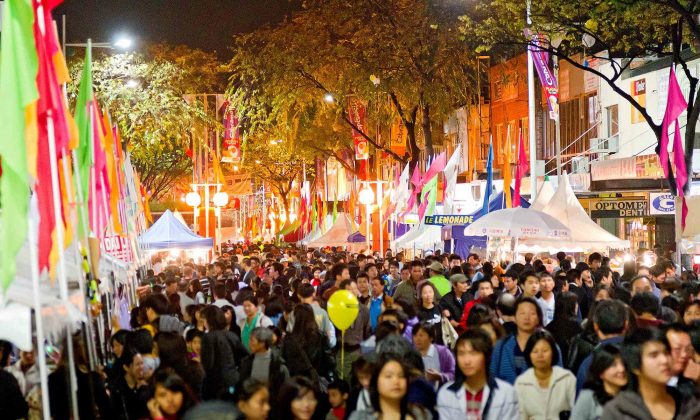 Australia: Festival Will Have You Over the Moon

If you believe everything you read you’ll know that the Moon is in fact nothing but green cheese, it’s inhabited by rabbits, can be responsible for rampaging werewolves and temporary lunacy down here on earth, and that once upon a time a cow jumped over it.

Also, those supposed landings on it by Americans were nothing but a monumental hoax, orchestrated by NASA with Hollywood’s help to prove America was thrashing Russia in the space race. And that it wasn’t an American man named Armstrong who was the first person to supposedly walk upon the moon, but a Chinese lady named Chang’e, who floated all the way up there eons before America was ever heard of … .

But forget all that: what is truth, is that the mythological great journey of Chang’e is now reason for one of Australia’s biggest annual events, the Cabramatta Moon Festival that draws 90,000 fun-seekers to this Sydney suburb one day every September.

According to Chinese legend, Chang’e and her husband were immortals who lived in heaven. One day the 10 sons of the Jade Emperor mysteriously transformed into 10 suns, scorching the earth below. To stop the earth from being being scorched, the Jade Emperor sought help from Chang’e’s husband, the great archer Houyi—whose solution was, with his mighty bow, to shoot down nine of the sons (or rather-suns), sparing the tenth to be the universe’s only remaining sun.

Anything but happy that nine of his sons were now dead, the Emperor furiously banished Houyi and Chang’e to live down on earth as mere mortals.

Seeing Chang’e’s great misery over her loss of immortality, Houyi decided to seek out the earth’s mysterious Queen Mother of the West, whom he knew held the magical Pill of Immortality. Eventually successful in his mission, he brought the Pill home, with instructions that he and his wife would need one half each to become immortal once more.

Houyi then placed the Pill in a case for safe keeping, and while he had warned Chang’e that she was not to open it, curiosity got the better of her and she did open the case and discover the pill.

On hearing her husband returning to the room, Chang’e in panic, swallowed the entire pill … causing her to start floating off into the sky; she was immortal once more! Although Houyi craved to bring her back to earth, he could not bear to shoot an arrow into her, and Chang’e floated aloft until landing on the Moon.

Lonely without her husband, she found company in the form of a jade rabbit who manufactured elixirs … their immortal lives leading to the mythology of the rabbit on the moon in Japan, Korea and China.

Today, every September across south-east Asia, millions of people celebrate the Moon Festival, the actual date being the equinox when daylight and darkness are of equal length, and this year occurring on the 15th day of the 8th lunar month.

In Australia the Cabramatta Moon Festival is recognised as one of our biggest and brightest Asian cultural celebrations, attracting around 90,000 visitors, Asian and Western alike, with this year’s on Sunday September 15th running from 11am to 8pm, and coincidentally the 15th such Festival.

The streets of Cabramatta, that boasts Australia’s largest Vietnamese community, will erupt with colour, activity and culinary delights, culminating with a massive evening fireworks display. Highlights will include such favourites as noodle eating, prawn peeling and moon-cake eating competitions, lion dancing, cultural performances and a lantern parade led by the “Moon Goddess”.

Peppa is a loveable, cheeky little piglet who lives with little brother George, Mummy Pig and Daddy Pig and will provide entertainment throughout the day, and meet and greet visitors—particularly the kids.

And Alvin Quah is still one of Australia’s most loved personalities to come out of the MasterChef series; known for his animated, witty and vibrant personality, he is on a mission to make the cuisine of his birth-country, Malaysia as renowned as that of China or Thailand, staging two Malaysian cooking demonstrations during the Cabramatta Moon Festival.

David Ellis is an Australian freelance writer. He has over 30 years’ experience in journalism, including working as chief of staff for ABC Radio National.