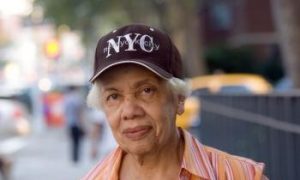 The Fantastic Four just became a trio as the writers of the gamed Marvel comic book killed off one of the main characters.

Over the past several months, writer Jonathan Hickman and his colleagues said they would kill off one of the four main characters, according to a statement on Marvel's website.

The character that dies is Johnny Storm, the Human Torch, in issue No. 587, which hit stores on Tuesday, Jan. 25.

“Johnny was, in simplistic terms, the 'ID' of the team,” Hickman said in a statement. “He represented the child-like, more innocent view of the world. He stood in direct contrast to the world ‘as it really is.’"

In the latest issue, Storm sacrifices himself so that he can save his niece and his friend and teammate The Thing.

Hickman said that he was told months ago that he would have to create a story that revolves around the death of one member of the team.

"This was always there," he said. "I think if you go back and read all the [issues] I’ve done up to this point, you can kind of see how it has led to this."

Hickman said that the demise of Storm, a character created in the 1960s by Stan Lee and Jack Kirby, "both heightens the need for that future to come to pass as well as leaves it in doubt."

The next issue follows the other three in the month following his death.

The Los Angeles Times interviewed HIckman regarding the death of the character. The paper asked him if there would be a return of the Human Torch in a possible android form.

He did not reveal any secret: "Err, everyone will have to stick around to find out the answer to that one."