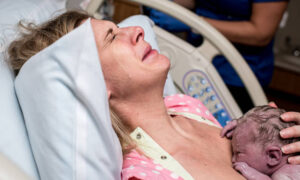 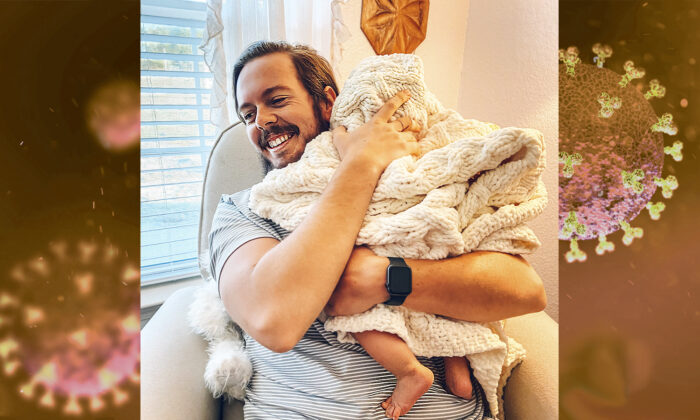 When Jacob and Leah Simmons were selected to foster a 3-month-old baby boy, they were overjoyed.

There was only one catch: the infant had recently tested positive for “COVID.”

It had been several months since the Simmonses’ last foster child left their care, and they were earnestly awaiting another. So, when Leah’s cell phone lit up with the foster care agency’s phone number, the couple was more than ready.

The Terrell, Texas, couple quickly agreed to foster the baby, who was in dire need of a home.

“They said he was from quite a ways away,” Leah told KHOU-11. “He was tiny and, for the most part, no one else would take him so we immediately said yes.”

It wasn’t until she hung up that the nerves set in. She wasn’t worried about herself or her husband, but rather, the logistics of isolating the baby from their 2-year-old daughter.

The baby arrived at their home in July 2020, when a surge of the virus cases was appearing in Texas. Within 24 hours of the phone call, the infant was in their arms.

“We decided from the get-go that Jake would be the main caregiver,” Leah said, adding that she stayed downstairs with their daughter while Jacob quarantined upstairs with the baby.

Wearing masks 24/7, the family soon fell into a routine that involved constant handwashing and careful handling of the laundry.

Before venturing downstairs, Jacob was sure to shower and change his clothes. He washed all of the bottles in an upstairs sink and closely monitored the baby’s symptoms, checking his temperature with every diaper change.

But despite the demands of such a routine, Jacob said he relished the time spent with the infant, whom they dubbed “Little Man.”

His lack of worry seems to have been founded; no one else in the household caught the virus.

According to the state of Texas, there were only 11 children who tested positive for the virus in the state’s care as of mid-October. They stressed that there have been no delays in placing children due to the positive test results.

Now, the Simmonses say their “Little Man” is in good health, has recovered from the virus, and is growing fast as babies do. The family and caseworkers are watching carefully for any lingering symptoms or proceeding complications from the virus.

“We were OK with us getting COVID more so than him not being loved,” Jacob said. “If it comes down to that, we’ll take him every time.”