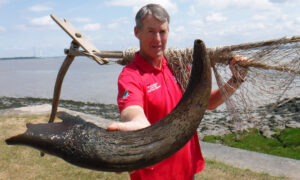 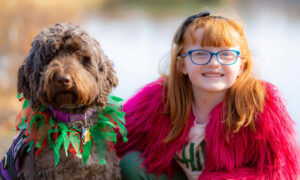 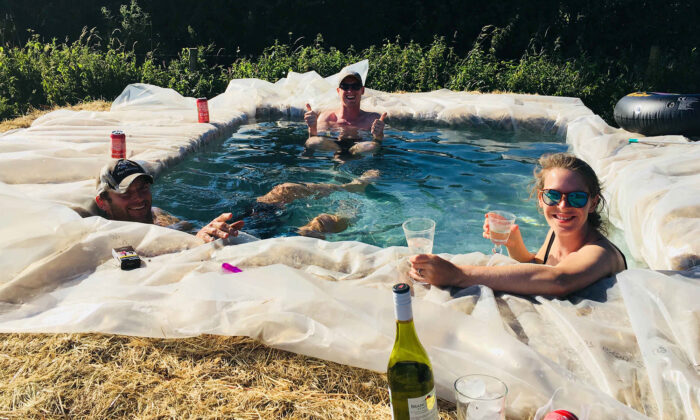 UK farmer Ed Sealey has made good use of the lockdown by building his very own swimming pool in his backyard using hay bales and plastic sheeting.

The 32-year-old farmer from Hazelbury Bryan, Dorset, said he and a buddy came up with the idea “after a few beers.”

Building four walls on a base, all constructed from blocks of golden hay, they lined the structure with plastic sheeting before filling the amenity with water.

“It just goes to show that you don’t need a lot of money to have a fun time just a great idea and great friends,” Sealey said, The Sun reported.

A heatwave is expected to hit the United Kingdom in the weeks to come, but Ed’s family members are already soaking up the sunshine and taking dips in the pool during the lockdown.

But the new backyard improvement came with its challenges.

The first attempt at the hay bale pool was a failure, Sealey said. But after some improvements, he and his pal Jon pulled it off.

“We started the long process of filling the old girl up,” Sealey said. “It took some six hours but then, unfortunately, the sides split.

“We had a few more beers and came to the conclusion we needed to strengthen the sides.

“So we spent another six hours filling the old girl up and it was ready.”

Thankfully, Ed has hay bales in abundance on his farm, and they were able to beef up the structure.