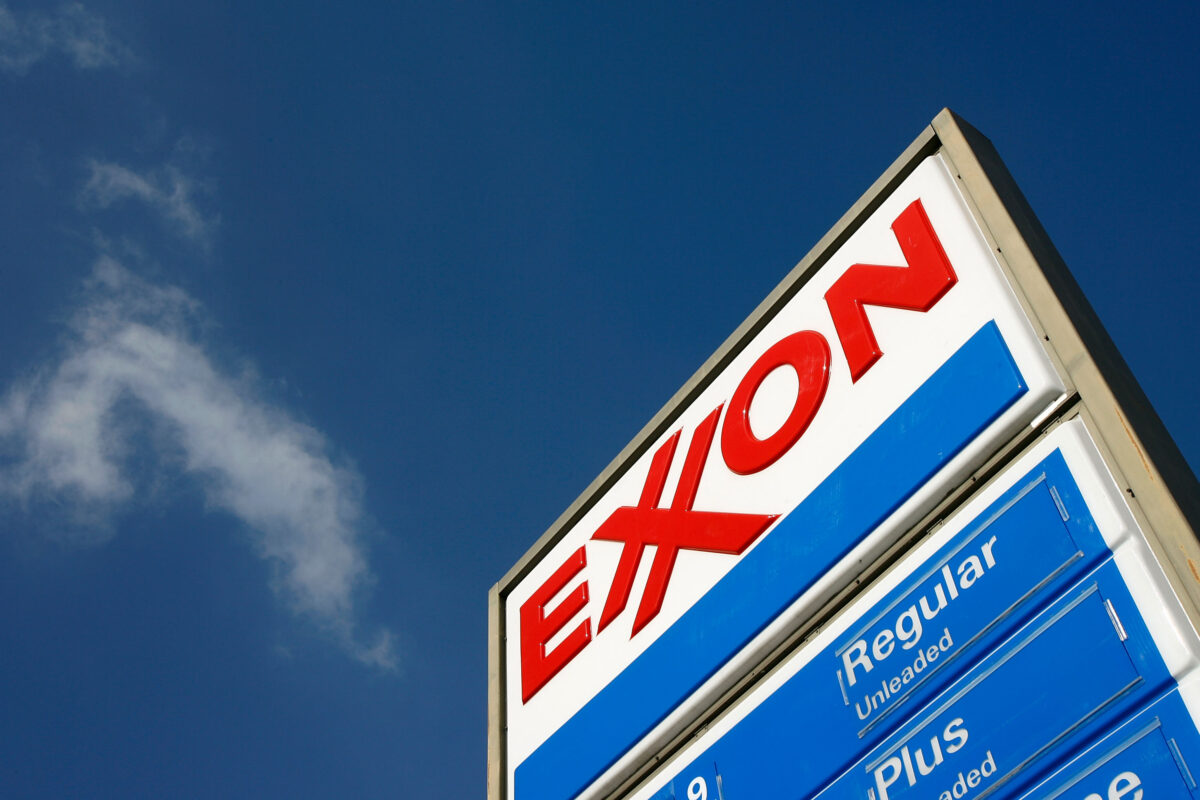 Exxon Mobil Leads The Oil Sector: Have Both Peaked?

It’s pretty easy to find stocks in freefall these days, especially in sectors like technology and travel and leisure, but energy giant Exxon Mobil (XOM) is correcting in an orderly fashion.

Before examining its current base, let’s review its performance over recent time frames:

Yes, you read that right. Throughout all those rolling time periods, Exxon Mobil has notched gains. That’s despite a correction in the stock that began on June 9. It fell to a structure low of $83.14 on July 14, a peak-to-trough decline of 21 percent.

Since then, Exxon Mobil has rallied along with the broader market, with the stock advancing 4.2 percent so far in July.

Is Exxon Mobil representative of the broader energy sector, or an outlier? And did the sector’s mid-June peak mark the apex for the foreseeable future?

Exxon Mobil easily constitutes the largest holding within the S&P 500 energy sector, accounting for 23.31 percent of sector weightings. It, along with Chevron (CVX), which clocks in at 21.19 percent of total weighting, clearly have influence over the performance of a sector exchange-traded fund, such as the Energy Select Sector SPDR ETF (XLE).

That ETF simply tracks the S&P large-cap energy sector, so it’s a good proxy for that corner of the market.

The wider sector, along with its two leading components, has followed similar trajectories in recent weeks, although Exxon Mobil had a more shallow correction than Chevron and the sector as a whole. In fact, Exxon Mobil has managed to hold above its 200-day moving average, while Chevron and the XLE ETF both slipped below that key price line. Both are trading above their 200-day averages, with a boost from this week’s upside trade.

Throughout much of this year, energy has been a diamond in the rough, while the broader market ran out of gas.

Year-to-date, energy remains the only sector showing a gain.

That picture is a bit different in shorter time frames, however. In the past month, large-cap energy stocks are down 1.59 percent, while all others, except materials, are showing gains. Of course, in every case, those gains are due to the market-wide rally in the past week.

Circling back to the question of whether energy has peaked (for now), there’s one simple reason that explains much of recent performance: Energy stocks tumbled along with crude-oil prices. Not only does that reduce oil companies’ profits, but investors are fretting that Federal Reserve interest rate hikes may result in a recession. That would mean less energy spending, not only by consumers at the gas pump, but also by industrial users.

The faster-than-expected economic ramp-up after Covid shutdowns in 2020 boosted energy shares, which underperformed other industries and sectors in the previous decade.

Within the energy sector itself, Exxon Mobil stands out as a fully integrated explorer, producer and marketer. It’s continuing to make significant new discoveries, such as those off the Guyana shore, which the company announced in April.

According to Exxon Mobil, those discoveries increased the resource estimate at the Stabroek Block to nearly 11 billion barrels.

The company reports second-quarter results on July 29, before the opening bell. If you plan to take a position in the stock, keep that date in mind. It’s OK to hold through earnings, particularly if your stock is a well-established large-cap whose business model is crystal clear. However, even in a case like that, a surprise in the earnings report—even if the company beats—can send shares lower.

Analysts expect Exxon Mobil to earn $3.32 per share, which would be a gain of more than 200 percent over the year-ago quarter. According to MarketBeat earnings data, the company missed estimates in the most recent quarter. That didn’t make much of a dent in the stock’s performance, though, until the entire sector rolled over.

Regardless of whether investors decide to reward or punish energy stocks as a whole, Exxon Mobil—and Chevron—will continue to exert pressure on the entire sector by dint of their sheer size. Even if the current rally fizzles (and it may), or if further economic constraints mean energy goes out of favor, these companies won’t be down for the count. Eventually, as with the broader market, they will bounce back.

This story originally appeared on MarketBeat