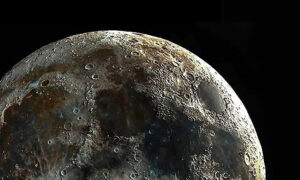 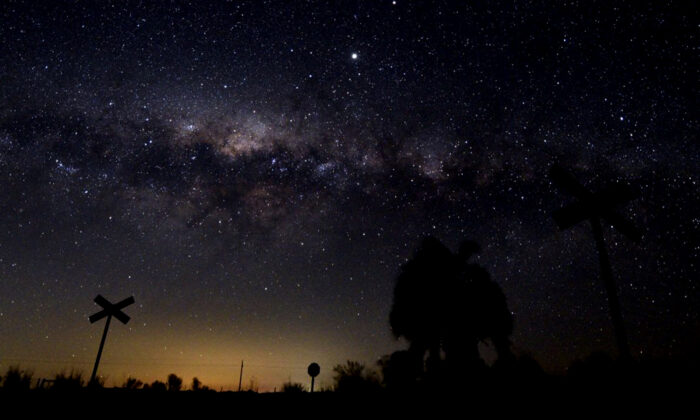 Stargazers are set to witness a celestial spectacle on the run-in to Christmas this year, as on Dec. 21, there will be a rare planetary alignment the likes of which has not been seen for nearly 800 years.

On that date, Jupiter and Saturn will line up so perfectly in the night sky that they’ll appear to touch, creating the appearance of what has been described as a “double planet.”

The last time these two planets appeared so visibly close, from Earth’s perspective, was March 4, 1226, according to Business Insider.

In astronomical terms, an event in which celestial bodies align is called a conjunction. As this conjunction involves the two biggest planetary giants in our solar system, it’s been termed a “great conjunction.” It happens to some degree once every two decades.

However, on Dec. 21, which also happens to be the winter solstice, the two will appear divided by less than our full Moon’s visible diameter.

The reality will of course be much different, as the two planets are, spatially, four times further apart than the distance between Earth and the sun, but to the naked eye, they’ll appear as a single bright light, almost like a Christmas star.

In fact, some, like the famous German astronomer Johannes Kepler, claim that a remarkable triple alignment of Jupiter, Saturn, and Venus may have been the “Star of Bethlehem” in the tale of the Magi or “Three Wise Men. “With the use of a telescope, you will be able to distinguish between these two giant planets, and you’ll also be able to see some of their moons too.

Patrick Hartigan, a professor of physics and astronomy at Rice University, sets out how special this great conjunction actually is.

“It is fair to say that this conjunction is truly exceptional in that the planets get very close to one another,” he explained on his website.

However, if you are in the United States, Canada, or Europe, the fact that the event takes place quite low on the horizon in the northern hemisphere may create a challenge for your viewing opportunities.

“Viewing conditions are best close to the equator, though no matter where you are there is maybe an hour or so to observe this conjunction before the planets sink into the haze,” he added.

The best time to view the event is around twilight (the hour just after sunset). You should look to the southwestern sky, preferably with a telescope. Websites such as Stellarium can help you orient your telescope for the best viewing.

Low clouds may, as they sometimes do, scupper any chance of witnessing the event. However, even if conditions are not great on the 21st, there is still hope.

The conjunction actually takes place from Dec. 17 to 25 ; the 21st just happens to be the date when the two planets are at their very closest.

In the last 2,000 years, there were just two times when Jupiter and Saturn came closer than they will this year. One such date was 1623, but the sun’s glare made viewing it impossible.

Given the rarity of the event, it definitely is worth making the effort. And, should you miss it, the next one won’t appear for another 60 years.

On March 15, 2080, the spectacle will be repeated, and the planets will look as close as in 2020. In fact, it may even be easier to witness, too, as it should take place higher on the horizon.

The only problem, of course, is having to wait for the second chance.

For those eager to witness celestial wonders in the night sky, you don’t have to wait until Dec. 21 to start stargazing; the two planets are already visible as they approach this momentous event, and will remain so every night for the rest of the year, subject to local conditions. They are, along with many more things up above, an enticing and mind-expanding sight to behold.