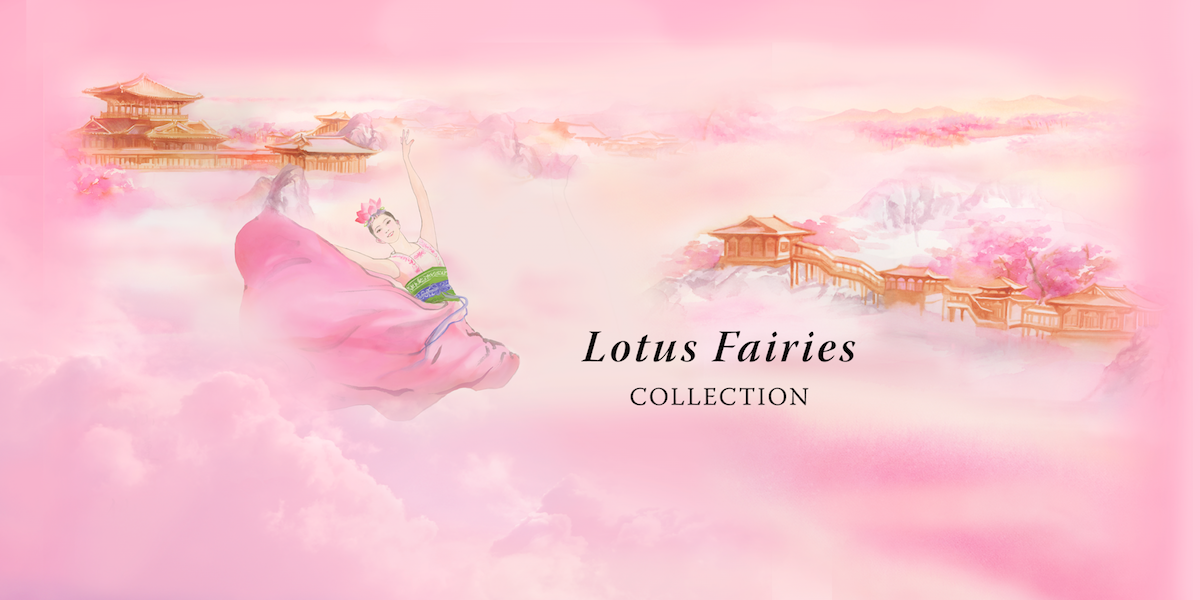 But what is a fairy and what is a lotus? If you are coming from a Western perspective, there is more to these two words then you first might think.

The term for “fairies” in Chinese culture is different from the mythical creature you would imagine from stories such as Shakespeare’s A Midsummer Night’s Dream or the fairytale Thumbelina. The Chinese word for fairies, “Fei tian” (飛天), could be translated as “flying heavenly maidens.” These fairies live in heavenly paradises and are known to spread flowers when divine Enlightened Beings are spreading the Great Law, or “Dafa.” In Chinese, another term for fairies is “xian nu” (仙女), which literally means “immortal ladies.”

As for the lotus, “lian” (蓮), it has a double meaning. First, it refers to the same lotus known in the West but carries a rich tradition of symbolism unique to Buddhism. The lotus, which rises and blooms in murky waters, represents a person of noble character rising out of the murkiness of the mortal realm. Second, lotus may refer to a flower existing in heavenly paradises where it is a manifestation of the mighty virtue of Buddhas.

One Song Dynasty poet, by the surname of Zhou, wrote:

So many lovely flowers span the land and sea:
Jin poet Tao Yuanming admired chrysanthemums,
The people of the Tang adored the peony,
But I love lotus that from muck untainted comes.
It rises clean from rippling water without guile,
Its centered, upright stem stands free of branch and vine,
Its fragrance wafting cleaner, clearer, with each mile.
You can observe it from afar untouched by swine.

This rich tradition of Buddhist lotuses and Chinese fairies comes to life onstage during Shen Yun’s dance Lotus Fairies in which beautiful heavenly maidens leave their magnificent paradise to spread lotuses of compassion in the human realm.