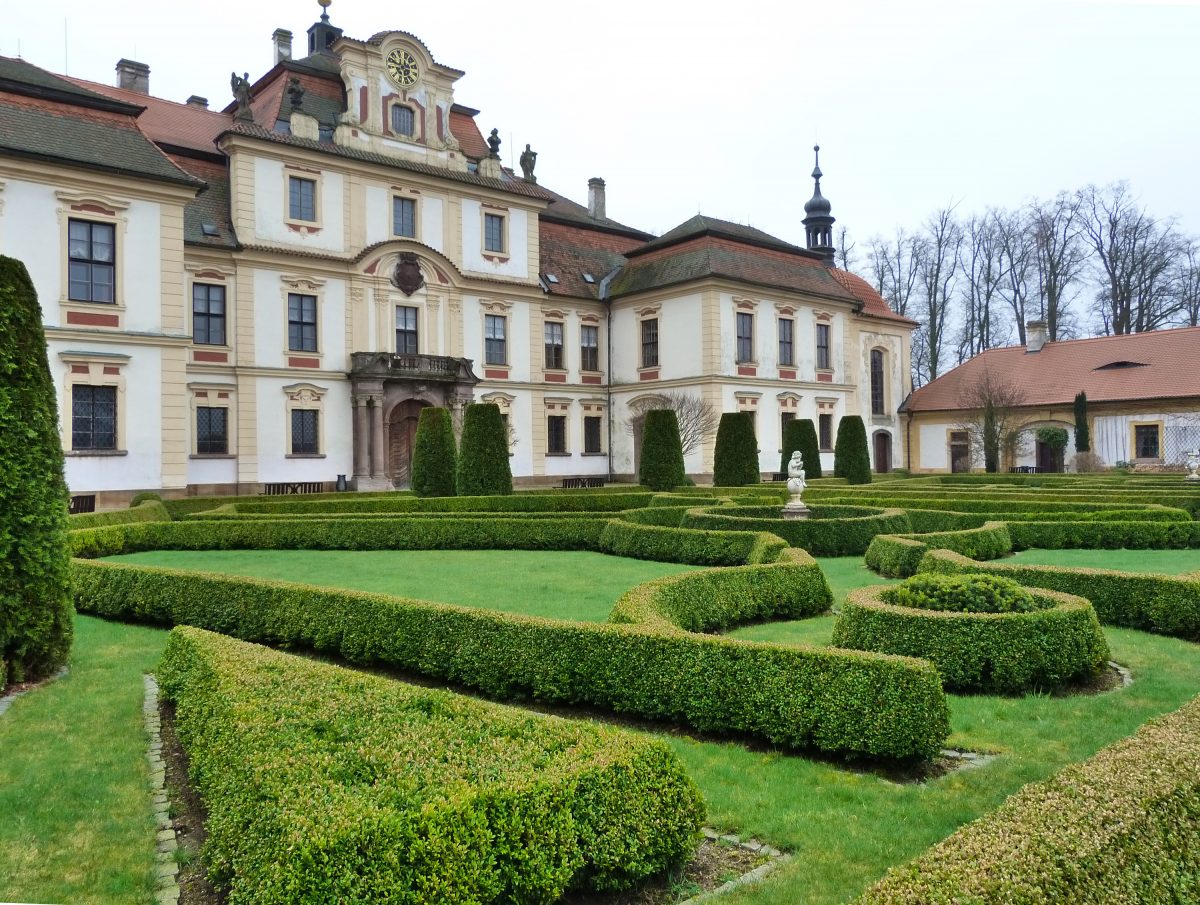 Chateau Jemniste is one of the most authentically preserved Baroque chateaus and gardens. (Barbara Angelakis)
Travel

Prague is a feast for the eyes! At least it was for me as I gawked, surrounded by locals and tourists alike, at the abundance of architectural riches this city offers.

Located on the banks of the Vltava River at the centre of Europe, one would imagine Prague would have a dreary countenance after eons of bloody struggle for control. Au contraire! Explore the Old Town (Staré Mĕsto), or the New Old Town (Novĕ Mĕsto), or Lesser Town (Malā Strana), or Jewish Town (Josefov) and you’ll know what I mean. And be sure to keep your camera at the ready.

Outstanding examples abound, from the 9th-Century St. George’s Romanesque Basilica in Prague Castle to the Powder Tower in all its Gothic splendour; from 17th-century Baroque buildings and monuments designed by the master architect Jan Blazej Santini-Aichel, to the 21st–century avant-garde Dancing House designed by renowned Canadian/American architect Frank Gehry.

And Prague is just the tip of the iceberg of an ongoing restoration project that is returning historical buildings to their original majesty all across the Czech Republic.

For sites outside of Prague, head for the town of Jemniste and take a tour of Chateau Jemniste, one of the most authentically preserved Baroque chateaus and gardens, owned since 1868 by the aristocratic Stenberg family. The family’s coat of arms is a golden star on a blue field (“Sten” means star and “berg” means hill in German), and this image is reprised throughout the chateau in furniture and decorative items.

The family lost control of the chateau in 1943 due to their objections to the German occupation and did not regain the estate until 1995. By that time the building and grounds were in disrepair, and the family has spent years restoring them. St. Joseph’s Chapel in the chateau makes for a great wedding venue, apartments are for rent off the main building with their own private entrances, and there’s a restaurant on the premises.

Move on to the historic town of Kutna Hora for a visit to the Church of the Assumption of Our Lady and Saint John the Baptist, a UNESCO World Heritage site.

This Gothic masterpiece, originally built in the early 1300s with funds derived from the town’s lucrative silver mining industry, was destroyed in the 15th century by invading Hussites. It was rebuilt in the 18th century under the direction of master architect Jan Blažej Santini in the baroque Gothic style he is renowned for. I was captivated by the internal circular staircase, a masterwork of engineering reminiscent of an inverted snail shell.

Sadly, the silver mine tour was sold out on the day of our visit but we did see the Cemetery Church of all Saints in the town quarter of Sedlec, with its ossuary crypt and ornamental display of bones from nearly 40,000 victims of wars and plagues. According to legend, a handful of earth was brought from Jerusalem in 1278 to be scattered over the Sedlec cemetery, thus making it part of the Holy Land and a sought-after final resting place. It’s a huge tourist attraction for people drawn to the macabre; alas, I am not one of them.

Our highly anticipated visit to the beautiful Italian Renaissance town of Telč was marred by a severe early spring storm. In the mid-16th century, Italian artisans from Northern Italy were invited to rebuild the medieval town and castle in the Italian style, and now the colourful main square with its arcaded burghers’ houses is considered to be one of the most beautiful in Central Europe.

Not to be missed is the Pilgrimage Church of St. John of Nepomuk, the final work and crowning achievement of Jan Blažej Santini and another UNESCO site.

Located in the town of Ždár nad Sázavou, it is part of a complex that includes the monastery church and convent; the Dolní hřbitov Plague Cemetery built in the shape of a skull; and the farmyard built in the shape of a lyre. These were all completed before Santini undertook the construction of the star-shaped pilgrimage church itself.

Constructed on a hilltop high above the Sázava River, the climb skyward is steep and when reached, the church turns out to be a small, markedly unembellished building unlike any other.

Santini was a student of mysticism and studied sacred geometry, numerology, and astrology; his use of the 5-star visual throughout the church and its surrounding buildings is associated with St. John’s torturous death at the hands of King Wenceslaus IV in 1393. Another symbol is gruesome and graphically referenced on the ceiling inside the church.

Santini was also a practitioner of Kabbalah, which is evident in the perfect geometric symmetry both inside and outside the church whose meaning is evident only to “those that have eyes to see.”


With thanks to the Czech Republic Tourism Authority: www.czechtourism.com