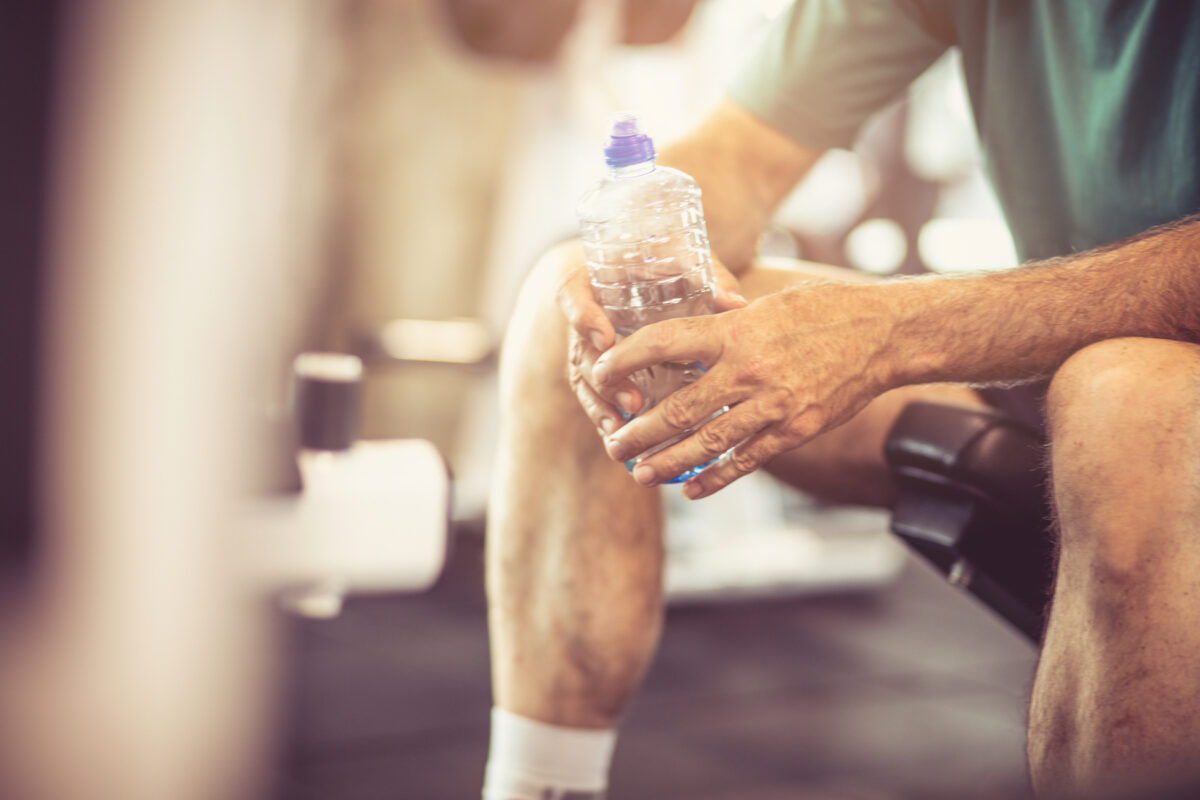 If inflammation is a major cause of muscle loss, treatment should include exercise. (Mladen Zivkovic/Shutterstock)
Fitness

Women and men who exercise regularly have larger and stronger hearts, and greater endurance and strength, than those who do not exercise regularly [1]. Their muscles are stronger and more coordinated [2]. We can all expect to become weaker as we age, but you can markedly delay this inevitable loss of muscle strength by having a regular exercise program and following the same anti-inflammatory lifestyle rules that are recommended to help prevent heart attacks [3], cancers [4], and many other diseases.

Older people who suffer from severe loss of muscles (called sarcopenia) are far more likely to have high levels of the markers of inflammation, measured with blood tests such as CRP, SED rate and adiponectin [5] . Sarcopenia is found in other conditions associated with chronic inflammation, including:

Your immune system helps to heal wounds and to protect you from infections, but it is supposed to dampen down after an infection has passed or an injury has healed. If your immune system stays overactive, it can use the same cells and chemicals to attack your own tissues, which is called inflammation. It can punch holes in arteries to start forming plaques that can lead to heart attacks, it can damage the genetic material in cells to increase risk for cancers, and it can accelerate the loss of nerves to cause debilitating muscle weakness. An overactive immune system can cause muscle cells to break down through loss of energy-producing mitochondria and increased cell death [11].

If inflammation is a major cause of muscle loss, treatment should include exercise, which decreases inflammation by dampening down your immune system. Competitive masters athletes 40-80 years old, who train 4-5 times a week, lose far less muscle size or strength than their non-exercising peers [12]. Eighty-year-old men who still compete in sports have been found to have more muscle fibers than inactive younger men [13]. At this time the most effective way to decrease the rate at which you lose muscle size and function is to exercise regularly.

To make a muscle stronger, you have to exercise that muscle vigorously enough to feel burning in the muscle and damage muscle fibers. Then, when the muscle heals, it is bigger and stronger. Theoretically, damage to any cells in your body turns on your immune system and therefore can cause inflammation, but most studies show that in the long run, exercise helps to prevent or reduce inflammation. Exercise increases cell damage, and the greater the intensity, the greater the damage. Initially, exercise turns on your immune system, but your body quickly responds by producing large amounts of antioxidants and anti-inflammatory hormones to dampen down your immunity [14]. Long after you finish exercising, your body still has anti-inflammatory hormones that help to protect you against future cell damage and infections [15].

I believe that every healthy person should have a progressive resistance program as part of their regular exercise program. It can help to stave off disability and disease. If you have never lifted weights before, you should first check with your doctor for any potential problems and in the beginning, seek out instructions on progressive resistance training.