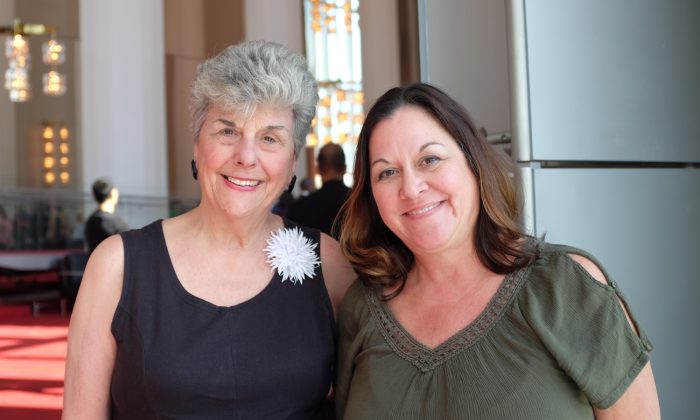 Devon Smith (R) and her mother, Diane, attended the Shen Yun performance at The Kennedy Center Opera House in Washington, D.C., on April 14, 2018. "I think it really reached the inner soul, some of the dances, really reached spiritually inside of me," said Diane Smith. (Charlotte Cuthbertson/The Epoch Times)

“I found that the ‘Unprecedented Crime’ was very interpretive, … the power of the people to not give up—I thought it was just fantastic.”

“It was so spiritual for me. It was very spiritual, very moving, very enchanting. … I liked the fact that it was very interpretive.”

“I’ve had my tickets since November, and I knew it was going to be a big treat, and it lived up to all my expectations, I would say. I really enjoyed it.”