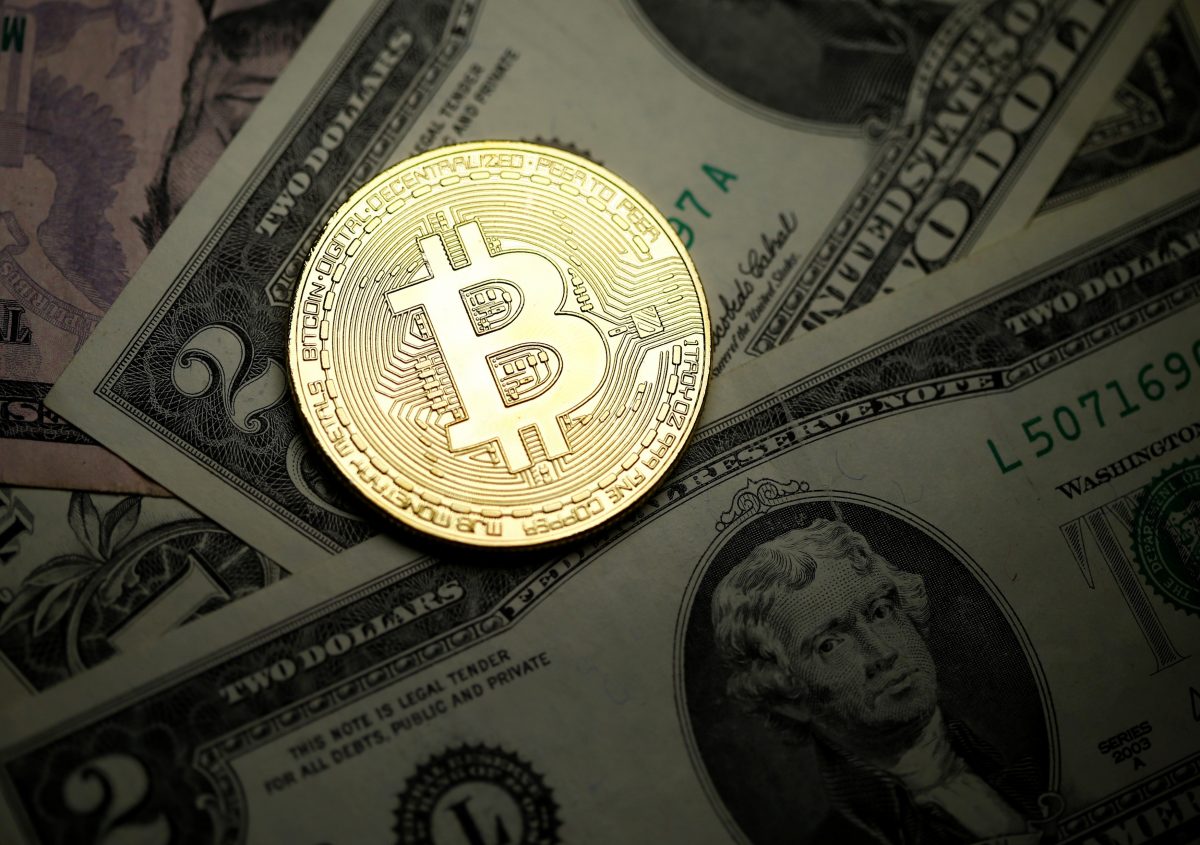 A physical representation of a bitcoin and dollar notes are seen in this illustration picture taken Sept. 27, 2017. (Dado Ruvic/Illustration/Reuters)
Alternative Investments

Excited About Crypto? The Feds Are Too

It all started with the “Genesis Block.”

On Jan. 3, 2009, Satoshi Nakamoto mined the first “block” on a distributed network known as a blockchain—and suddenly bitcoin was born.

Within two years, the nascent cryptocurrency had captured the imagination of the early adopter masses. And when the masses’ imaginations kick into high gear around money (especially in an area where they don’t have a whole lot of actual knowledge), you’ve got an environment ripe for the picking.

In late 2011, a bitcoin advocate who regularly contributed to several forums and went by the (very appropriate) handle Pirateat40, launched a “high-yield bitcoin investment program” he dubbed Bitcoin Savings & Trust.

For minimum deposits of 25,000 BTC, he offered weekly interest of 7 percent—that’s over 3,000 percent a year. (He claimed he made his investors money via a bitcoin market arbitrage, which, ironically, was the exact same story Charles Ponzi told his investors about his international reply coupon scheme nearly 100 years earlier!)

Anyway, by August of the following year, reality had struck and Pirateat40 announced he was closing the Bitcoin Savings & Trust and would be returning investors’ money… which, of course, never happened.

So… enter the government.

Somehow, investors convinced regulators that this was an actual fraud scheme, that there was real money lost and that they should be made whole despite the fact they willingly gave their money to a guy who called himself Pirate.

This Is Why We Can’t Have Nice Things…

I don’t mean to bash the investors who were sucked into Pirateat40’s scheme, but my honest feeling is that people like that do so because they’re lazy. They’re folks who don’t want to do their homework.

Dangle the prospect of earning incredible—and by incredible I mean NOT credible; totally unbelievable—returns and they’re in.

And even now that cryptocurrencies have finally fully ascended to the public consciousness, few lessons have been learned.

If you need proof that 2021 was the year that crypto hit it big, consider this: When you’re watching Elon Musk on “Saturday Night Live” to get a sense whether you should buy more or dump your Dogecoin… you’ve hit critical mass.

Any time there is this kind of interest in a financial instrument—especially one they view as a threat to their monetary monopoly—you can rest assured, the government’s going to stick its nose in.

These days, that means a full court press in terms of regulations where all things crypto are concerned.

There’s only one problem. The distributed networks where these cryptographic assets live make it virtually impossible to regulate.

But handicaps like that never stopped the government before. And from a regulatory perspective, there are a couple directions they can take.

First, since they can’t regulate the mining of the actual coins, they’ll need to regulate how those coins are used. In other words they’ll most likely target companies that offer to transact in it, like businesses from banks to crypto exchanges all the way down to the Starbucks on the corner. If you can’t spend it, it takes a lot of the appeal away.

The other option they’ve rolled out is something called the “Howey Test.”

The Howey Test came from a 1946 Supreme Court case in which the defendant sold tracts of citrus land in Florida to investors who then leased it back to the company. The company used the proceeds from the sale to develop the land, sell the crops, and then shared the profits with their investors. The problem was the SEC determined that this arrangement constituted an “investment contract” and therefore had to be registered as a securities arrangement.

Out of this case came something called the “Howey Test” to determine whether an investment contract actually exists and qualifies as a security falling under the purview of the SEC. There are four criteria to the test:

This doesn’t apply to coins themselves, but a lot of up-and-coming NFTs—or non-fungible tokens—have the potential to be interpreted under this regulation.

Always Where They Shouldn’t Be

While it’s an unfortunate fact of life that there will always be people who need financial protection from pirates, government intervention is never a good thing.

The only thing the government can deliver reliably, repeatedly, and without fail are unintended consequences.

I firmly believe that. They’ve proved it time and again.

But like it or not, they’re going to be in on this. Which means the NFT sector of the crypto space is likely to start experiencing some growing pains in the coming years as the SEC decides which fall under their regulatory eye.

And despite the threat of government interference, I’m totally bullish on the crypto space.

If you’re looking to get into crypto, but aren’t ready to jump into the deep end of cold wallets and NFTs, you might take a look at some of the larger publicly traded crypto miners—like Riot Blockchain (RIOT), Marathon Digital (MARA), and Northern Data (NDTAF).

We have our eye on some smaller crypto mining operators too. Keep an eye on this space for updates.

Bob Byrne
Follow
Bob Byrne built a reputation as a daily columnist for TheStreet.com after trading billions of dollars over two decades in financial markets. He now co-authors Streetlight Confidential investment newsletter with Tim Collins that focuses on under-the-radar companies and investment opportunities often overlooked by Wall Street. To discover how to get his proprietary research in the paid newsletter service, go to Streetlight Confidential.
SHARE
Friends Read FreeCopyFacebookTweet
You May Also Like