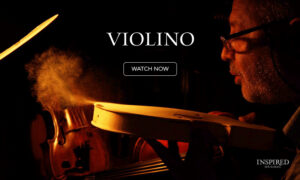 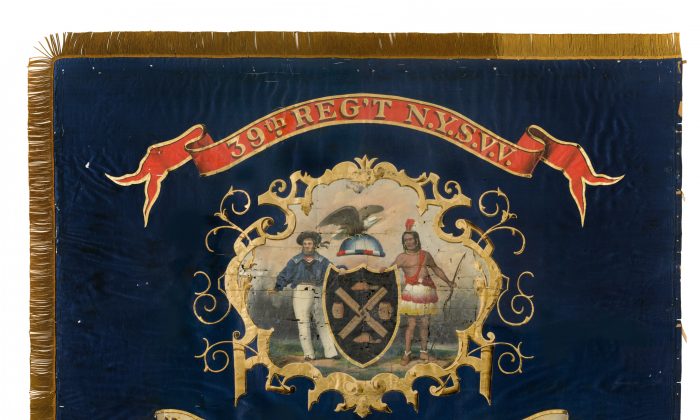 Examining the Civil War Through Textiles

NEW YORK—A century or two from now, the cotton briefs you put on this morning could end up in a glass case at a history museum. The wall text (digital, of course) will describe in vivid colors the horrors of our backward century—prison labor, corporate callousness, and consumer complacency. Your great-great-grandchildren’s eyes will widen at the “Made in China” tag sticking out of your knickers like a guilty white flag.

A century and a half ago, too, a great mix-up of conscience and commerce was spun into our clothes.

Cotton is the thread that holds together Homefront and Battlefield, a traveling exhibit from the American Textile History Museum, which casts a look back at the contentious fiber’s role in the Civil War.

Though King Cotton was the South’s mascot of secession, the cotton industry itself depended on the participation of both sides.

Cotton grown in the agrarian South was woven in the industrial North. Northern mills spat out bolts of coarse cloth, which were shipped back down the Mississippi and onto the backs of the very slaves who worked the fields.

By 1860, 4 million (equivalent to roughly half of New York City’s population in 2012) forced laborers worked across the South.

The North profited heavily from this huge source of free labor, and so did Britain. Its textile industry depended heavily on Southern plantations. When cotton-hungry Britain had its supply shut off during the Union blockade, it turned its eyes to colonies in Egypt and India.

The fact that cotton had become such a staple gave rise to one of the great ironies of the Civil War: Yankee troops wearing Southern cotton. Not everyone received a standard wool-and-silk U.S. Army uniform and even those who went in donning full regalia came out in tattered undershirts. As the fighting wore on, supplies on both sides became scarcer, and the two governments squeezed cottage industries for all that it was worth.

Through uniforms, photos, and drawings, the exhibit exposes the visitor to the sheer number of everyday things that were desperately needed in army hospitals, winter camps, and on the battlefield—sewing kits, canteens, mosquito nets … the list goes on.

A poster issued from a Democrat office in Doylestown, Pa., called for blankets. The Women’s Central Relief Commission in New York printed instructions for knitting mittens specially designed so that troops could fire guns. A fragment of a silk balloon used by Union officers alludes to the short-lived use of balloon corps for information gathering.

As men and supplies exhausted themselves on the front lines, demand for mourning clothing at home went up while textile supplies went down. One Confederate woman wrote wearily in 1861 about soon having to weave her own fabrics.

Fervent scrap-pinching took place in every household, including that of Vermont farmers Rachel and Rowland Robinson. The Robinsons were devout Quakers and abolitionists. A photograph of them shows Rachel wearing a dress made without slave-produced materials.

A portion of the exhibit explores the symbolism and flags produced during the era. In 1865 the U.S. Congress passed a law requiring U.S. flags to be produced in the United States. (Interestingly, it was only in February of this year that the Congress banned foreign-made flags from use in the military.)

Quilts are a major component of the exhibit. Throughout the war, women of the North and the South recorded their concerns and responses to war through the medium.

But first we are introduced to a large quilt cobbled together with fragments of Union and Confederate uniforms and old blankets. Interestingly, its creator was a man, a Northerner who survived capture in the South with the help of a slave woman.

A botanical album quilt made by a Virginia woman before the war features a variety of Virginia wildflowers surrounding a central “Tree of Liberty” bearing 30 apples, representing the 30 states of the time. It can be read as an expression of her loyalty to a unified America at a time when fissions widened.

An extraordinarily detailed and fine quilt was auctioned four times in Greensboro, Ala., to raise funds for blockade-breaking gunboats. The appliquéd and embroidered masterpiece brought in $865, the equivalent of over $18,000 in today’s currency.

A large and expressive quilt created by a Brooklyn woman in 1867 depicts in 40 images her home, family, her experiences during the war, and the slaves her family once owned. One frame shows Confederate President Jefferson Davis with a woman carrying an American flag, suggesting reconciliation.

The exhibition, though successful in balancing sympathies for North and South, remains relatively quiet about the slave experience of the textile industry, slave clothing, and furnishings, and the vocabulary of their textile arts.

One wall label asserts that the use of “quilt code” on the Underground Railroad is a myth. The idea that escaping slaves used special quilt patterns to communicate with each other was popular in the 1990s but is supported by little evidence.

It’s a subject worth exploring in depth, though perhaps is not meant to be included in the scope of this exhibit, which already covers impressive ground.

The exhibit will travel to the Shelburne Museum in Shelburne, Vt., and the Nebraska State Historical Society in Lincoln, Neb.