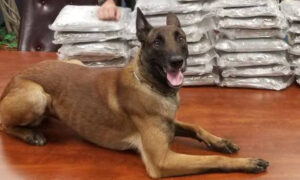 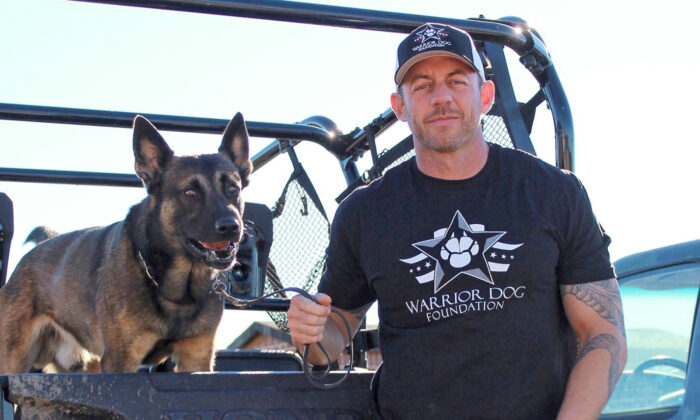 Mike Ritland served 12 years in the Navy SEAL teams, and his passion for military K9s began when he saw one in action while he was deployed in Iraq. The dogs’ commitment to their role and to fellow team members convinced Ritland that he had to work with them.

Military Working Dogs (MWDs) have a limited working life. Ritland, however, saw that there was little provision for the MWDs when transitioning into retirement from service. He began caring for and rehabilitating retired military K9s in 2010 and then went on to found the Warrior Dog Foundation in 2013.

Ritland set up the foundation to help these retired warrior pooches fully recover and rehabilitate into everyday life, to help them have a better quality of life after service. Ritland is “the heart behind The Warrior Dog Foundation,” as the foundation states on its website.

MWDs sadly often face the same problems as human military personnel when retiring from service. They endure the same extreme conditions, and many suffer from post-traumatic stress disorder (PTSD) afterward.

Because of this, the dogs are often rendered unadoptable upon returning home—unless their handler takes them in, as was the case with Ritland. However, not all handlers are able to take on that responsibility. Warrior Dog Foundation was founded to help fix this problem, and they recognize the sacrifice the K9s have made, and often the countless lives that they have saved.

Based in Dallas, Texas, the foundation takes in retired military and law enforcement dogs and helps them rehabilitate for entry into civilian life. Without Warrior, many of these animals may have been euthanized. Instead, they are given the chance to potentially live long and happy lives in a loving home.

The kennel is a state-of-the-art facility, and the dogs’ care is ensured.

“If these dogs are able to make the progress necessary to be adopted, we help place them in a loving and respectful home,” the foundation says, adding, “if these dogs are never able to overcome their difficulties, we care for them ourselves and they are able to live out the rest of their days in peace.”

Ritland also hopes to educate the general public on the struggles faced by former MWDs and the sacrifices they have made during service.

Ritland served in Operation Iraqi Freedom and numerous special operations missions during his career. He was also a Naval Special Warfare Multi-Purpose Canine (MPC) trainer for the West Coast SEAL teams. His experiences led him to write three best-selling novels: Trident K9 Warriors, Navy SEAL Dogs, and TEAM Dog. He has been featured in various media, including in the New York Post and on CBS This Morning.