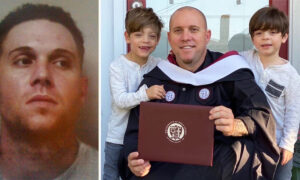 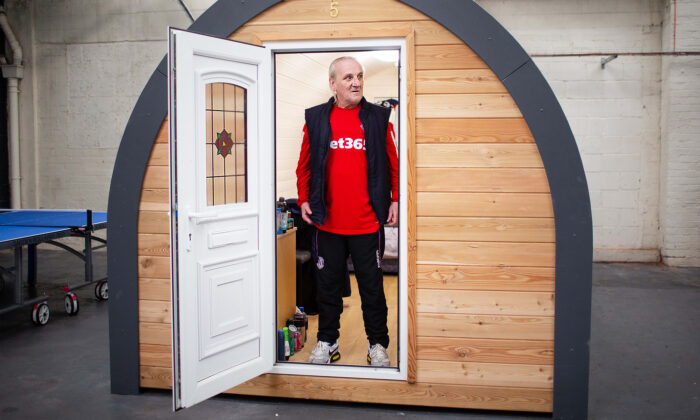 An ex-footballer in the UK has helped dozens of homeless back on their feet after turning 46 luxury glamping pods into individual shelters.

Ex-Man United star Lou Macari, 71, started the project at the beginning of the first national lockdown in March last year, after the pandemic forced him to close his previous shelter in Stoke-on-Trent.

The Scottish-born footballer had been wanting to expand for a while after launching the Lou Macari Foundation four years ago and had the ingenious idea after stumbling across a glamping site.

Now, the foundation has 46 of these 15-foot-by-7.5-foot pods, which each have a bed, table and chairs, and flat screen TV—so the residents can eat their dinner or support their football team without causing a ruckus.

“I was just driving around and I stumbled across this field full of these pods and it got me thinking, ‘would they fit in a warehouse,’” Lou said.

The former footballer went on the internet to look into it seriously, and it turned out to be a perfect solution.

“I got 46 flat screen TVs through the League Managers Association which I’m a member of, because I knew one of their sponsors was LG,” Lou adds.

“That has been a massive thing, it’s a source of education for them, they’re now up to date on current affairs and it means they can all support and watch their own football teams on a Saturday without a brawl breaking out.”

The heated pods also have access to shower facilities at the warehouse on Regents Road, and some residents have taken the opportunity to decorate their pods and even become house proud.

“Each pod has its own number, too, which has been a huge help for them with universal credit and job applications,” said the former midfielder.

“But it’s really symbolic too, I didn’t even realize how important it would be to them, but it’s given them a huge sense of pride and some of them have decorated and really made the effort to keep their space clean.”

With the help of the Lou Macari Foundation, former engineer Martin Bagnall, 31, has managed to secure a job with RKW kitchen appliances and may even be able to move out from his pod into his own place after securing a promotion.

“Having the pod has been a massive help, the fact is that people don’t want to employ someone who is homeless, so having a fixed address when you’re doing applications is so important,” Martin, from Cobridge, Stoke-on-Trent, said.

“I was an engineer and a welder for five years before I became homeless, I never thought it would happen to me.”

Martin lived on the streets or sofa surfing for six months before he found shelter with the foundation, where he’s stayed for the eight months.

“I’m going in for training with a view to promoting me to a higher role and if I get it I’ll finally be able to get my own place,” Martin adds.

“It’s quite emotional knowing I could be in that position in a matter of weeks.”