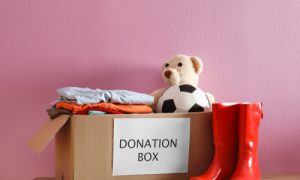 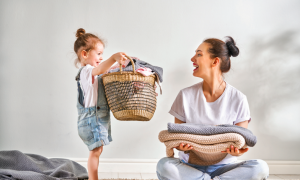 Spring Cleaning: 5 Ways to Get Your Children to Help Out at Home
0 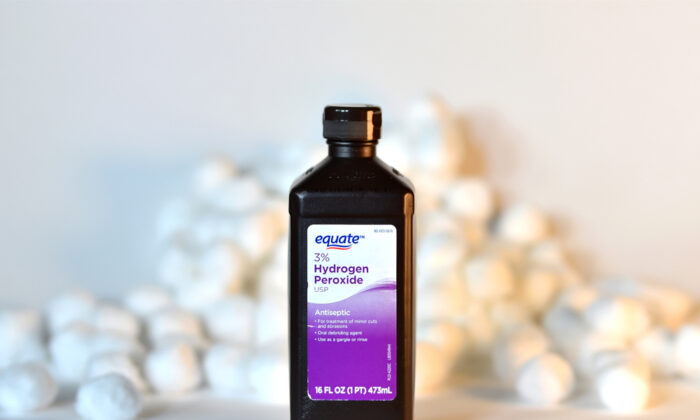 Hydrogen peroxide is as harmless as it is powerful, and it's so much more than just a household cleaner. (Jesse Franks/Shutterstock)
Family & Home

Hydrogen peroxide is as harmless as it is powerful, and it’s so much more than just a household cleaner. It is nontoxic, safe, really cheap, and available in any grocery or drug store in a 3 percent dilution. It’s a wonderful cleaning product, first-aid product, and sanitizer.

There’s one thing you need to keep in mind to avoid disappointment: Hydrogen peroxide has a limited shelf life of about one year when not opened and only six months once opened, provided you store it in a dark place.

Light causes hydrogen peroxide to dissipate quickly, turning it from H2O2 to plain water and oxygen. It needs to be fresh to be effective.

If it’s been opened and older than six months, throw it out. It’s useless! You will be terribly disappointed.

To make sure that you never have to throw out hydrogen peroxide again, check out all the ways you can use it around the house to make your life easier!

You can stop paying $7 or more for a commercial veggie wash. Make your own by adding a quarter-cup of 3 percent hydrogen peroxide to a sink of cold water. Wash your fruit and vegetables in the solution, and then rinse thoroughly with cool water.

A 2016 study of dishwashers found that 83 percent of the residential dishwashers they tested were positive for fungi, and 47 percent of dishwashers tested contained a type of black yeast called E. dermatitidis, which can be harmful to humans.
To disinfect your dishwasher, add a quarter-cup of 3 percent hydrogen peroxide before you close the door to run an empty cycle.

More than likely, the reusable bags you take to the supermarket are contaminated with germs, even E. coli. That’s because grocery bags often come in contact with poultry meats and produce that have bacteria on them, which causes cross-contamination the next time they are used.

These bags should be laundered after every use, but most shoppers admit they’ve never done that. An easier solution is to spray them inside and out with 3 percent hydrogen peroxide.

Bloodstains in kitchen towels, clothes, or other items can be difficult to remove. The secret is to saturate the stain with hydrogen peroxide. Allow to sit for a few minutes, and rinse with water. Then launder as usual.

Add one cup of hydrogen peroxide to a load of white laundry to whiten and brighten without using chlorine bleach. Allow to presoak for 15 minutes, if possible, before you start the wash cycle.

If your cookie sheets, pots, and pans have a baked-on layer of brown, sprinkle them with baking soda, and then spritz the soda with 3 percent hydrogen peroxide. Allow to soak for one to three hours before wiping off the mess. A really challenging situation may require a little elbow grease and a scrubber sponge to remove the gunk.

Can’t get rid of that annoying odor? Try this: Add a half-cup of fresh hydrogen peroxide and a half-cup of white vinegar to the washing machine along with those stinky towels. Fill with hot water and your regular detergent, and allow it to soak for 15 minutes. Continue the cycle as normal. That should get rid of the smell. If you still detect that odor, read “A Simple Solution for Gross, Smelly Towels” at EverydayCheapskate.com for a more aggressive treatment.

To whiten teeth, mix salt, baking soda, and hydrogen peroxide into a paste for brushing your teeth. Not only will this help to reverse the early stages of gingivitis, but it will also remove stains and whiten your teeth if used regularly.

Because hydrogen peroxide dissipates so quickly, you’ll need to make this right before every use.

According to the Centers for Disease Control and Prevention, hydrogen peroxide is effective at removing microorganisms, including bacteria, yeasts, fungi, viruses, and spores, making it a good choice for cleaning your bathroom.

Add a half-cup of 3 percent hydrogen peroxide to your bathroom bowl to kill germs and brighten the surface of your toilet. You’ll need to leave it in the bowl for 20 minutes to get the full benefit.