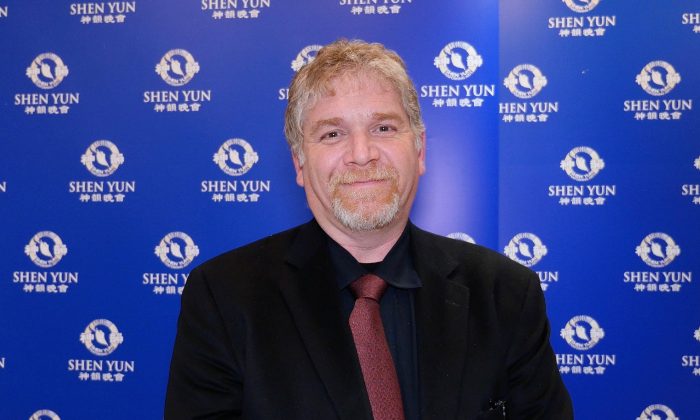 Stuart Weissman saw the "triumph of the human spirit" in Shen Yun, at Lincoln Center, on Jan. 15 2016. (Courtesy of NTD Television)

NEW YORK—Stuart Weissman is no stranger to vast productions and the power a live performance has. Founder of SWPnyc, Mr. Weissman has been a pioneer in the event production space, serving as consultant to the NYC Mayor’s Office on event production and putting on events with 350,000 attendees in the city. He has produced every sort of event possible.

But none so large as to contain 5,000 years of history, all in one night.

On Jan. 15, Mr. Weissman saw Shen Yun Performing Arts at Lincoln Center. He was impressed with the quality of the production—the stagecraft and choreography—and the way all the elements came together to revive traditional Chinese culture in an exciting, enjoyable, and accessible way.

But what made it so moving was Shen Yun’s ability to uplift through the stories it tells with every dance, he said of the New York-based company.

That good, happy feeling is what he said he would be taking home that night.

“It’s the kind of the thing that I want to expose my son to. I think by bringing him to something like this it would make him a better person,” Mr. Weissman said. “I think everyone, doesn’t matter if you’re 10 years old or 90 years old, there’s something you can take away from this.”

In Shen Yun, Mr. Weissman said he saw the human spirit through history. He saw characters working to overcome adversity from ancient times up to the present day. He saw the “triumph of the human spirit” presented through excellent stagecraft.

“The message the show told was universal and extremely well put together,” he said. “It resonates with everybody.”