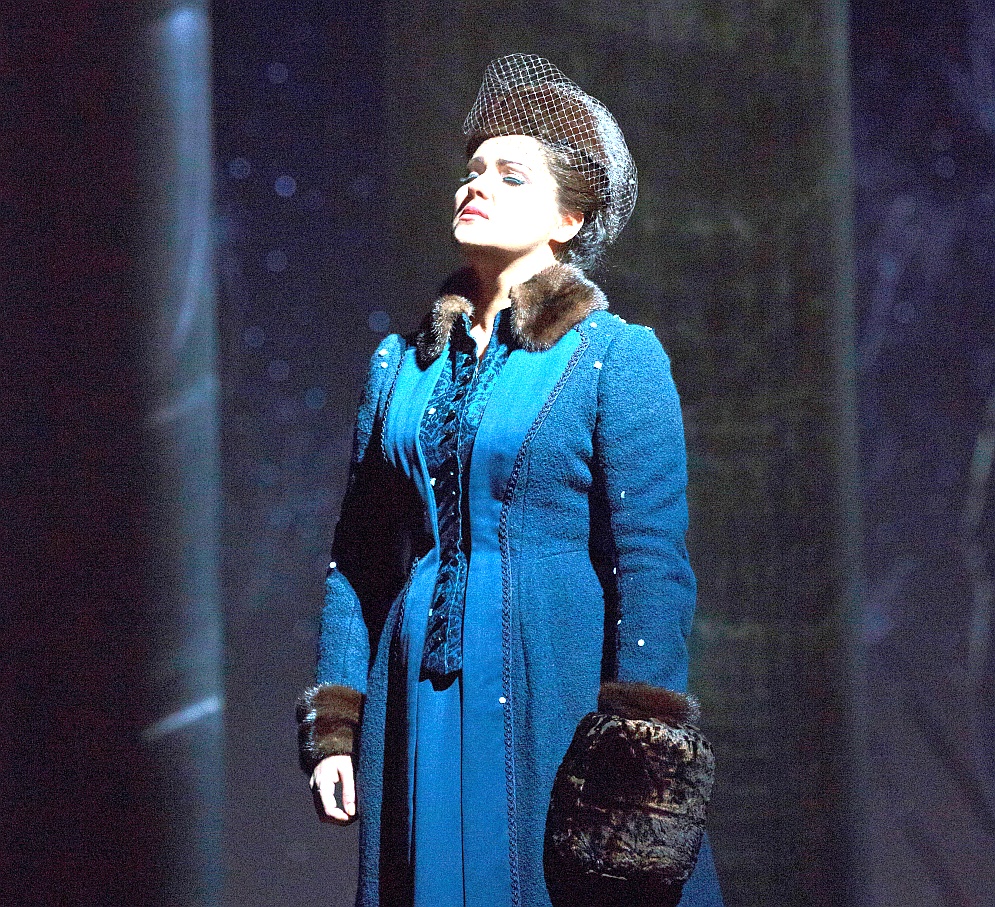 NEW YORK— The Metropolitan Opera has a new production of Tchaikovsky’s opera “Eugene Onegin” and, judging from a recent performance, it should be retitled “Tatiana” because of the performance of Anna Netrebko.

The opera is based on a novel in verse by Pushkin. The work has the same basic theme (albeit in a different country and social class) as Fellini’s film “La Strada” and has a similar ending: A man rejects love and realizes his loss after it’s too late.

The opera had a personal meaning for the composer since a woman he had met briefly when she was a conservatory student sent him a letter professing her love. Unlike Onegin, though, Tchaikovsky married the letter writer (which turned out to be a mistake).

In fact, the most famous aria in the opera is the tempestuous Letter Scene in which the teenage Tatiana reveals her feelings for the man she has just met.

This is the third season in a row that Netrebko has starred on opening night, a sign of her importance to the Met. After years of singing in Italian and French operas (some of which are not especially well suited to her talents), she is finally performing again in her native tongue—Russian—in music that she seems born to sing.

Tatiana is a daunting role because it requires a singing actress. She is an impulsive teenager in the first act and then evolves into a mature married woman in the last act.

During the Letter Scene, Netrebko traverses a lot of territory, not only in an emotional sense (as she pours her heart out to the cold Onegin) but by moving around the stage, at one point even singing while lying on her back. Through it all, she pours out a glorious stream of sound, leading to a thunderous ovation at the end.

In the title role, Mariusz Kwiecien didn’t fare quite as well. It’s difficult to play bored characters without being boring. Marcello Maestroianni specialized in this type of character and so do the best Chekhovian actors.

Kwiecien was amusing last year as the boastful army officer in the comic “L’elisir d’amore” (in which he costarred with Netrebko). However, in this more introspective role, he seems rather flat, at least until the last act where he is more animated.

Nevertheless, Kwiecien is an elegant singer with a burnished baritone. Indeed, I wished he could have stepped in and sung Prince Gremin’s aria since Alexei Tanovitski (who played the older man Tatiana marries) was rather wobbly.

Mezzo soprano Oksana Volkova (also appearing this year at the Met in “Rigoletto” where she plays a heavy) was fine as Tatiana’s sweet sister Olga.

The most striking singing by a male performer was of Lenski by Piotr Beczala, certainly one of the world’s leading tenors. The aria the young man sings before he loses his life in a foolish duel is truly heartbreaking. Ironically, Pushkin died the same way as this character.

Valery Gergiev, the leading Russian conductor, led the orchestra, which excelled, as did the chorus.

The current revival of “Eugene Onegin” is a co-production with the English National Opera and was to have been directed by Deborah Warner. When she had to cancel for medical reasons, her longtime collaborator, the noted actress Fiona Shaw (who has also directed operas) stepped in.

While I can’t say I prefer this production to the prior one at the Met (by Robert Carsen), it has the virtue of being true to the spirit of the original. The action is moved to later in the 19th century, basically to the time that Tchaikovsky wrote the opera.